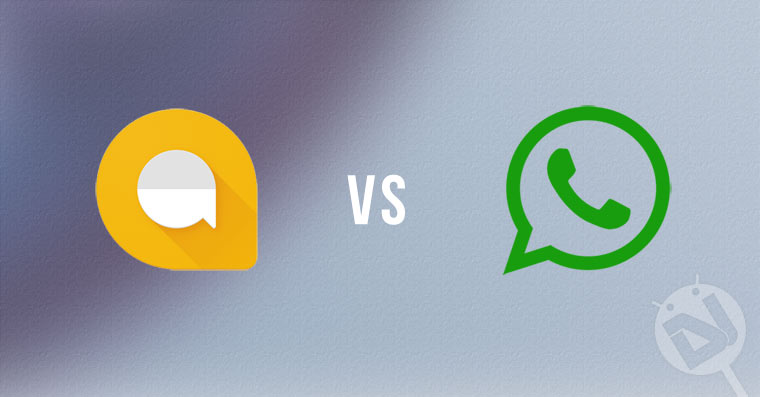 Having made a comparison of Google Allo vs WhatsApp, here’re my views about which of these messenger apps is better.

“The old order changeth yielding place to new
And God fulfills himself in many ways
Lest one good custom should corrupt the world.”

These lines by A.L. Tennyson probably equally apply to technology as to every existent thing in the world. New things keep coming and replace older things and the process keeps its pace moving. It has been about 3 months since Google announced it new messaging app Allo and its preview edition has finally made its way to the Play Store and Apple Store. As soon as we think of the word ‘chat’, the first things that flash in our mind are WhatsApp and Messenger.

As soon as we think of the word ‘chat’, the first things that flash in our mind are WhatsApp and Messenger, both owned by Facebook. With the release of Google Allo, a new debate has occupied people’s mind- will Allo be able to compete WhatsApp? Moreover, there’s a bigger question- is Allo better than WhatsApp and will people leave using the latter in favor of Google’s new messaging app?

Since the preview edition of Allo has already been launched, we can at least try to make a Comparision between both the apps. The battle of the Titans has already broken out and it’s just a matter of time before the winner is declared. WhatsApp is definitely the most popular app that people use for chat, but Allo with its integration of Google Search, Google Now, and other smart features appears to be a worthy contender that might defeat its powerful opponent and surprise us all.

Must Read: Google Allo Review: Messaging Made Fast and Encrypted

Being instant messaging apps, WhatsApp and Google Allo are very similar. Actually, it is still very early to compare a well-established app like WhatsApp which has seen hundreds of updates since its launch with the preview edition of a new app like Allo. However, such considerations do not hold much importance in the eyes of a user. If an app (old or new) is better in features than its counterpart, the user prefers the one that’s more user-friendly and offers more privacy and security features.

Feature in Which WhatsApp Excels Allo

What do you think about Allo? Is it better than WhatsApp? Will you switch to it? Do share your views via comments below!