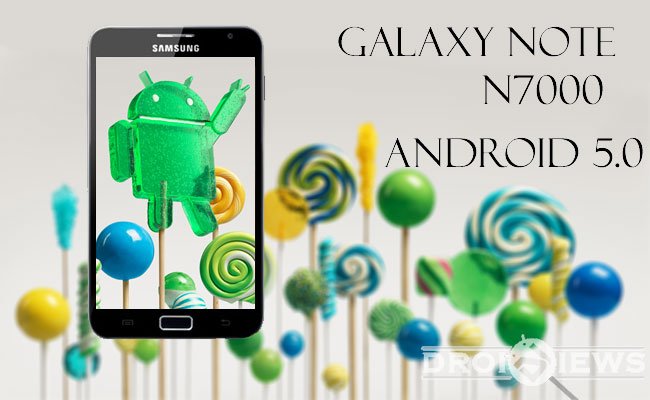 The Samsung Galaxy Note N7000, which was released during September of 2011, was the first of the Korean giant’s iconic Note series. Samsung took a gamble by putting faith in the device but it was greeted by open arms and gobbled up by the community. This device marked the beginning of a new class of mobile devices know as a “phablet”, combining phone and tablet due to the large size of the device.

Some years have passed but it seems the popularity of the device clearly hasn’t diminished in its very loyal fan base, as the developer, Bauner, has started to work on a CM12 Android 5.0 ROM for the N7000. There has been a download released for users, but Bauner has stressed the point that the development should be classified as pre-alpha. There are many bugs in the current ROM and many features show no support at the moment, such as the mobile network, wireless LAN and Bluetooth. Furthermore, the Rom has no recovery installed so it complicates the process of switching back to another Rom. To return to a different Rom you will need to flash kernel/recovery or a full ROM with Odin or Heimdall.

The feedback that was received from the community was completely positive and many users expressed their thanks to Bauner, the developer. However, they were also slightly to try the Rom with its missing recovery issue and a large number have said that they will give it a try once the recovery is confirmed as working. Those who have tested it have shown their amazement at the speed and beauty of the Rom but mention that they are unsure if these things will be maintained once all the features are implemented and are working correctly. A few think that because the Rom is such a complete strip down of the OS, it may not give a clear indication of the final working product.

So, if you’re a Galaxy Note N7000 user and you have a relatively event-less weekend coming up, why not grab the file from XDA forum, and give it a try. Let us know how it goes and perhaps those of you who have previously worked with Roms and know a little more of how the processes work may be able to iron out some of the bugs and help this Rom to really take off as the first fully working Lollipop Rom on the N7000.