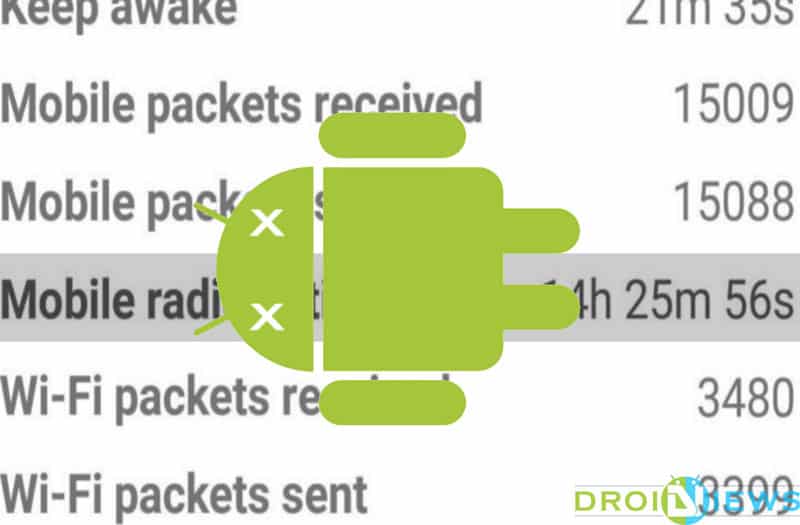 Welcome to the newest bugs party of Android Lollipop, this time it is being called MobileRadioActive. Initially Lollipop gained raving reviews and people choked on excitement to get this “material” update on their devices. Unfortunately, during the timeline it got hit with so many bugs and vulnerabilities, many were shocking uncovered to even impact older versions like Gingerbread.

Senior XDA member, Bazoocaze investigated and has the following to declare.

The problem is that in NetworkManagementServer.java the notifyInterfaceClassActivity method is discarding the notifications of radio power change to the BatteryStats (via noteMobileRadioPowerState) if the fromRadio parameter is false after it’s being true some time before.

Even after a detailed analysis, it was unclear what is the real role of the from Radio parameter. Changing it to true in the calling methods solved the issue in the testing unit (Sony Xperia ZL).”

This benign bug is reproducible. Enable, Mobile Data, Google a term, then turn it off. After sometime, check your Mobile Data Active time, which should show that your usage time bills higher than what you actually used.

Reddit user Chronophasia was successful at verifying the authenticity of this bug and posted screenshots to help the larger community deal with the new bug. Thanks to, Mr. Bazoocaze, he as finally found way to fix the issue. It is bundled with, modified CM12.1 build for Xperia ZL along with universal patches submitted by other developers, to be inducted into universal Xposed module by XDA senior member pyler.

A patch is also submitted to CyanogenMod and is waiting for feedback as it makes it way on to nightlies version soon. It remains to be seen if the fix will be rolled out officially from Google.