Long awaited Firefox 57.0 is officially out on Windows, Linux, Mac OS, i-OS and Android platforms. Version 57.0 of Firefox browser is special because it implements features resulting from long-time research and development. This is the first in a series of Firefox releases that come by the name Quantum. Quantum is Mozilla’s project to build a next-generation, high-performance web engine,  that will make better utilization of hardware. In fact, version 57.0 of Mozilla’s browser promises to be over twice as fast as Firefox 56.0 and use 30% less memory than Google Chrome.

Here is the Full Change-log of Firefox Version 57.0for Android:

Mozilla’s new CSS engine, Stylo, did not make it into the Android version of Firefox 57.0. It is currently planned for Firefox 59.0. Once this feature is added, Firefox for Android will become even faster and more resource-friendly.

Mozilla names Firefox 57.0 the biggest update since Firefox 1.0 in 2004. It also promises that you will notice the difference over previous versions right after installing and running it. Firefox for Android is available through Mozilla’s download center and through the Google Play Store. 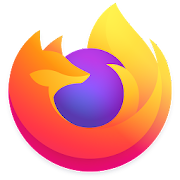