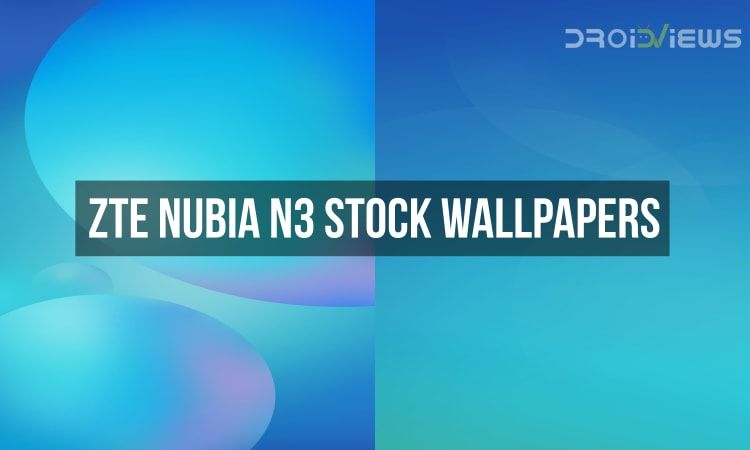 Talking about the highlighting features of the ZTE Nubia N3 is concerned, the device comes with a 6-inch Full HD+ display that comes with an 18:9 aspect ratio. Apart from that, the device also has a dual camera setup on the back along with a much bigger battery capacity.

Looking at the specifications of the ZTE Nubia N3, the device comes with a 6.01-inch Full HD+ display that has an aspect ratio of 18:9 and the screen has a resolution of 1080 x 2160 pixels. Along with that, the ZTE Nubia N3 is powered by the mid-range processor from Qualcomm Snapdragon which is the Snapdragon 625 chipset that is seen on mid-range smartphones this year. Also, ZTE Nubia N3 packs 4GB of RAM and 64GB of internal storage to back up its processor. Also, the internal storage of the ZTE Nubia N3 is further expandable up to 128GB with the help of a MicroSD card as the slot is present on the device.

Along with that, the Nubia runs on a year old Android version which is Android 7.1 Nougat which is backed by Nubia UI which is ZTE’s custom Android skin for its Nubia handsets. Also, the ZTE Nubia N3 comes with a fingerprint sensor on the back. Apart from the above, the ZTE Nubia N3 has a massive 5000 mAh non-removable battery which is capable of lasting for two long days on a single charge and up to 23 days of standby time.

As far as the ZTE Nubia lineup of smartphones is concerned, we have seen that the company bundles some well-designed and original wallpapers for each of their newly launched devices. Same is the case with the launch of ZTE Nubia N3 as well, the company has included some Stock Wallpapers which are exclusive to the Nubia N3.

Apart from that, you can also download the Stock Wallpapers from the ZTE Nubia N3 on your particular devices regardless of the resolution and aspect ratio. Now, in order to download these wallpapers which have been linked below, you will have to long press on the images in order to save them to your device so that the wallpapers will be stored on your device and you can use these images further for setting them as your wallpaper as well.

Apart from downloading the Stock Wallpapers one at a time, you can also download the zip files from the Download Links section below which contain all the wallpapers from the ZTE Nubia N3 in a single folder and in its original quality.