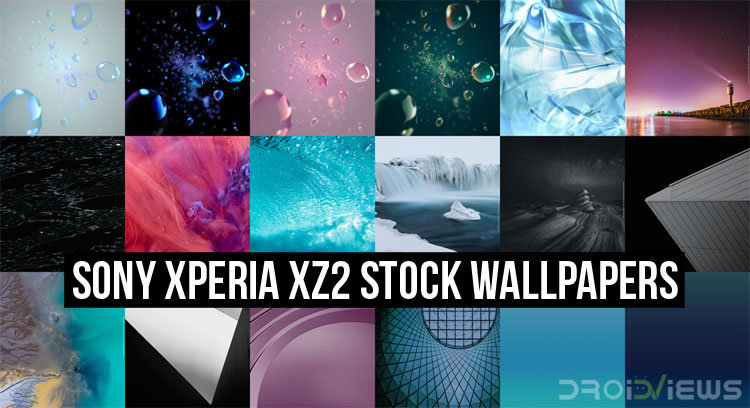 Talking about the specifications on the Xperia XZ2, the smartphone has a 5.70-inch display with an aspect ratio of 18:9 along with a resolution of 1080 pixels by 2160 pixels. Also, the Sony Xperia XZ2 is powered by the latest Qualcomm Snapdragon 845 processor which will be seen on most flagship smartphones this year. The Xperia XZ2 comes with 4GB of RAM, 64GB of internal storage which can be expanded up to 400GB.

Sony launched the latest device in the Xperia lineup of smartphones this year which has been named as the Sony Xperia XZ2. As far as the Xperia XZ2 is concerned, the smartphone was announced at the Mobile World Congress 2018 in Barcelona which was held last month.

As far as the Xperia XZ2’s announcement is concerned, the smartphone has not been made available by the company yet but we have now acquired the default or stock wallpapers from the Xperia XZ2 from Sony and we are going to share these wallpapers with you below.

Talking about the Xperia XZ2 Stock Wallpapers, there are 4 wallpapers that will be available on the latest device from Sony out of the box that are available to you when you first boot up your device or after you have done a factory reset. All the 4 wallpapers are similar in design and there is only a difference in its colors.