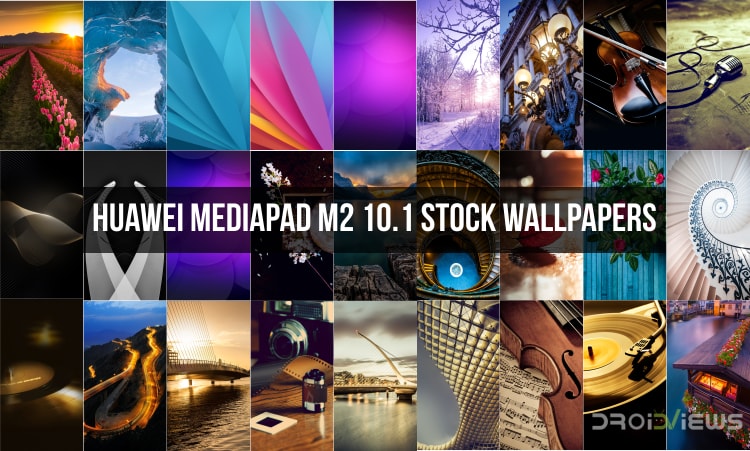 In terms of specifications, the Huawei MediaPad M2 10.1 has a 10.1-inch Full HD display with a resolution of 1920 x 1200 pixels. The tablet is powered by an octa-core processor which is clocked at 2.0GHz. Along with that, the tablet has 2GB of RAM and 16GB of internal storage. The internal storage of the Huawei MediaPad M2 is also expandable up to 128GB.

Apart from that, the tablet has a 13MP primary camera on the back whereas there is a 5MP snapper on the front as well. The tablet was launched with Android 5.1.1 Lollipop but it has been upgraded to Android Nougat. There is a massive 6600 mAh non-removable battery on the tablet for multitasking and gaming purposes.

As far as the MediaPad M2 10.1 from Huawei is concerned, it is one among the very few tablet lineups powered by Android around the world. We have known that Android tablets are fast diminishing but Huawei has continued to launch new tablets every year.

Talking about the stock wallpapers, the Huawei MediaPad M2 10.1 has a pack of 27 wallpapers bundled inside the device. These wallpapers are available in Full HD quality with a resolution of 1200 x 1920 pixels which are also suitable for Full HD smartphones as well.

Check out these too: