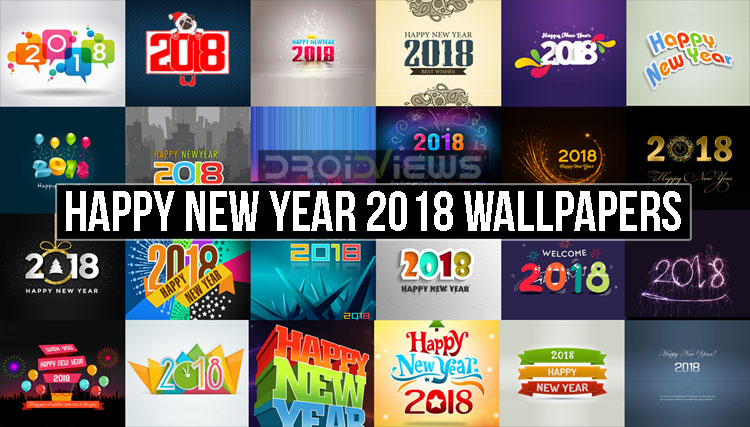 We have seen the launch of all the smartphones happening this year which were in the flagship, mid-range and budget series of smartphones and it is also understood that almost all of the people around the world would have upgraded their smartphones already to the latest and greatest from 2017 if they were using an older model as this year has been the best year for the release of smartphones around the world from all the major as well as upcoming OEMs. We have seen Google launch Pixel 2 series, Samsung has also launched its Galaxy S8 and the Galaxy Note 8 smartphone. Apart from that, LG also launched its LG G6 and the LG V30.

Now, it is time to bid our farewell to 2017 as it is New Year’s Eve and many of us would be celebrating and waiting for the clock to tick to midnight so that we can start wishing our friends and family for New Year 2018. Being the smartphone and technology geeks that most of us would be, we would also like to start the New Year with appropriate wallpapers that greet us with New Year 2018 and thus, we have compiled some wallpapers for your smartphones which will be suitable for the New Year 2018.

Now, the wallpapers are available in Full HD resolution and there are 39 wallpapers in total inside the folder which are all suitable for sharing as well as setting as wallpapers for New Year 2018. The resolution of the wallpapers in the pack is 2160 x 1920 px and 1080 x 1920 px. To get these wallpapers on your phone, you will need to visit the links mentioned in the Download Links section below and download the zip file and extract them to your smartphone to share or apply them as your wallpaper.

Don’t forget to browse our wallpaper section to get thousands of wallpapers for your Android device.

Wish you all a very happy, cheerful, prosperous and Androidful new year!