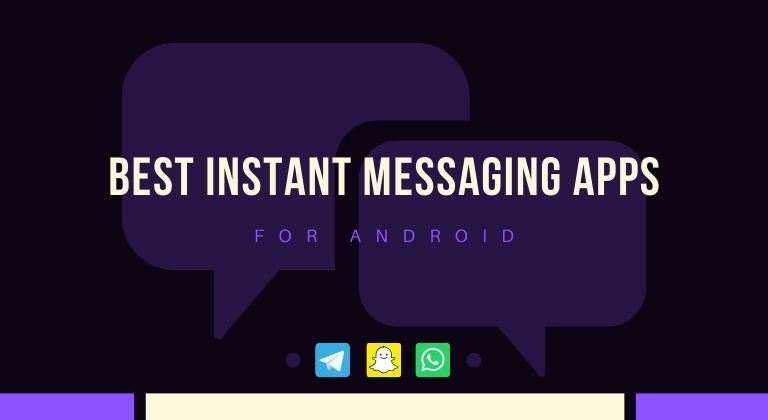 There are dozens upon dozens of instant messaging applications available for Android. Most of these apps offer the same user experience with nothing to differentiate themselves between. However, there are a few apps that stand out from the crowd. Therefore, to make things easier for you, we’ve selected the 10 best instant messaging apps for Android currently available on the Google Play Store.

While you might have used some of the apps on the list, you might want to give the other apps a shot as well. However, one thing is for sure that no matter which app you choose to use, make sure your friends or contacts have the app too.

Here are the best instant messaging applications for Android and, of course, iOS too. 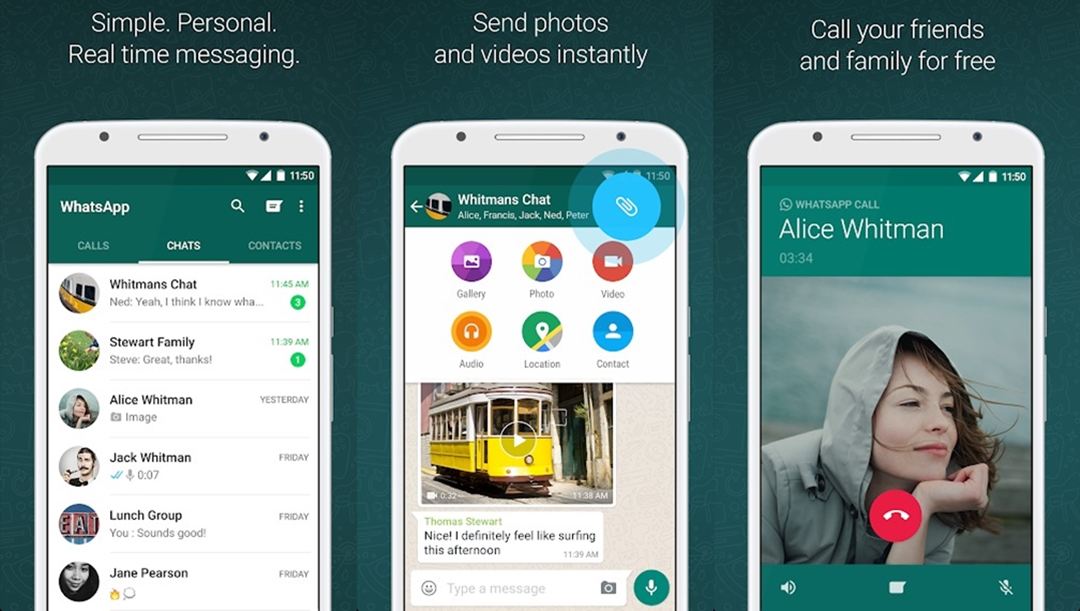 WhatsApp probably does not need any introduction since it’s the most popular instant messaging application outside of China. Apart from letting you send messages, you can also share images, documents, videos, and just about any file on your smartphone. You could also share your live-location within WhatsApp which is a useful feature. WhatsApp also introduced WhatsApp Stickers last year which was a good move since every other IM application has them.

The best part about the app is that just about everyone outside of the USA and a few other countries use the app. This means you wouldn’t have to worry about having to invite all your contacts to WhatsApp. 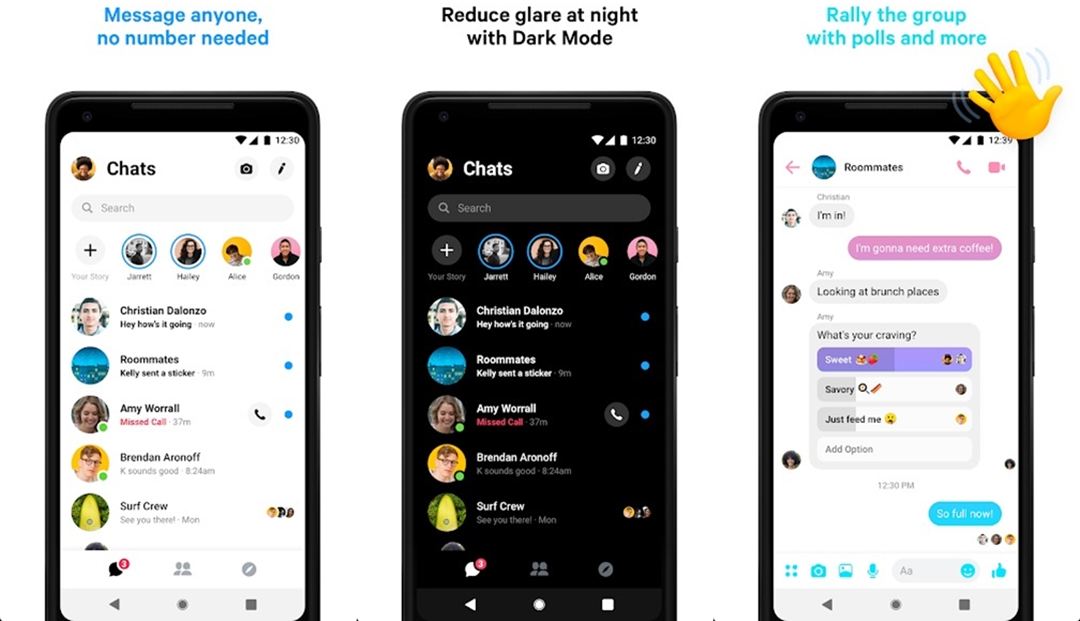 Here’s another messaging app that was split from Facebook a few years ago. Messenger is a feature-packed instant messaging application and lets you send messages, voice notes, place voice and video calls, share images, and a lot more. In a few countries, users can securely send and receive money from within the app itself. What’s even more interesting is that you could play a bunch of mini-games with your friends. You could also use Messenger to send SMS messages. It’s not just the best but also the most popular messaging apps for Android. 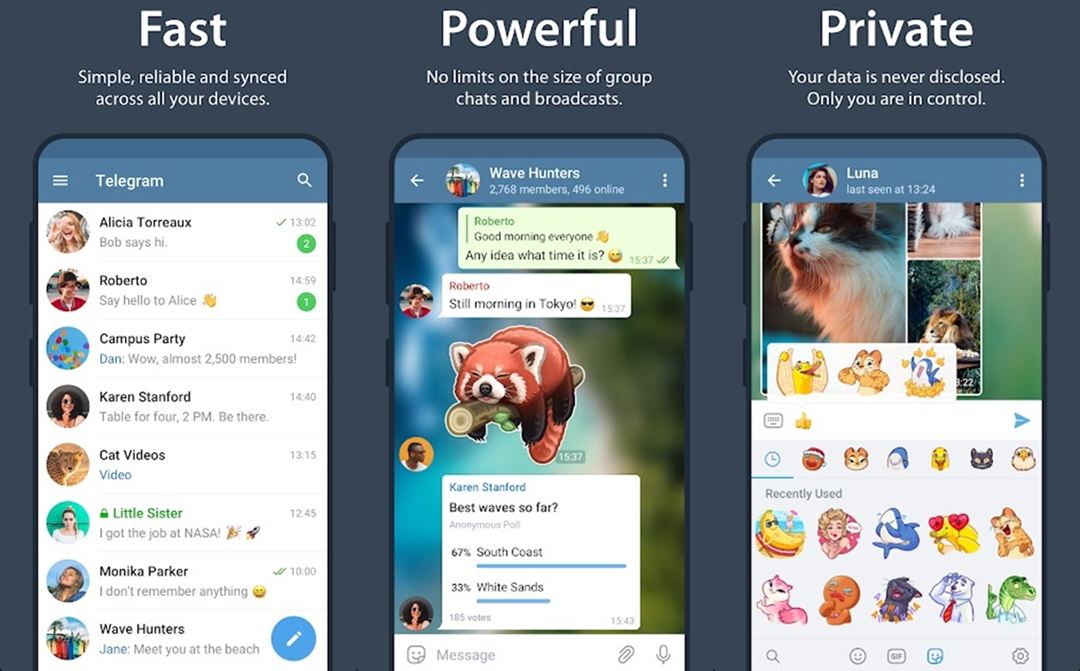 If you’re someone who’s concerned about privacy, then you must have heard about Telegram. This powerful and secure messaging application is one of the fastest IM apps on the list. You could even sign into multiple devices to access your messages on a second phone, tablet, or PC. Telegram lets you share any file without any size limit as well. The app saves your chats to the cloud thus you’d be able to switch between devices easily without having to worry about backups and data loss. Overall, Telegram is the best WhatsApp alternative at the moment and one of the best messaging apps for Android and iOS.

Check out: 11 Telegram Tips and Tricks You Must Check Out 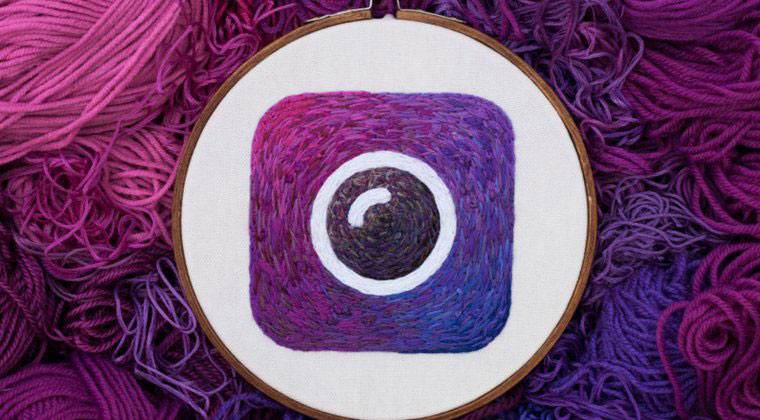 Threads from Instagram is the newest app on the list. Rather than saving phone numbers or adding user names, the app simply lets you share messages, photos, videos with those in your close friends’ list on Instagram. Something you might enjoy is the app’s fluidness. Threads is yet another app aimed to compete with Snapchat sans the filters at the moment. You can even share stickers and GIFs which is common in most IM apps. There are 5 app themes to choose from including an OLED-friendly dark mode. 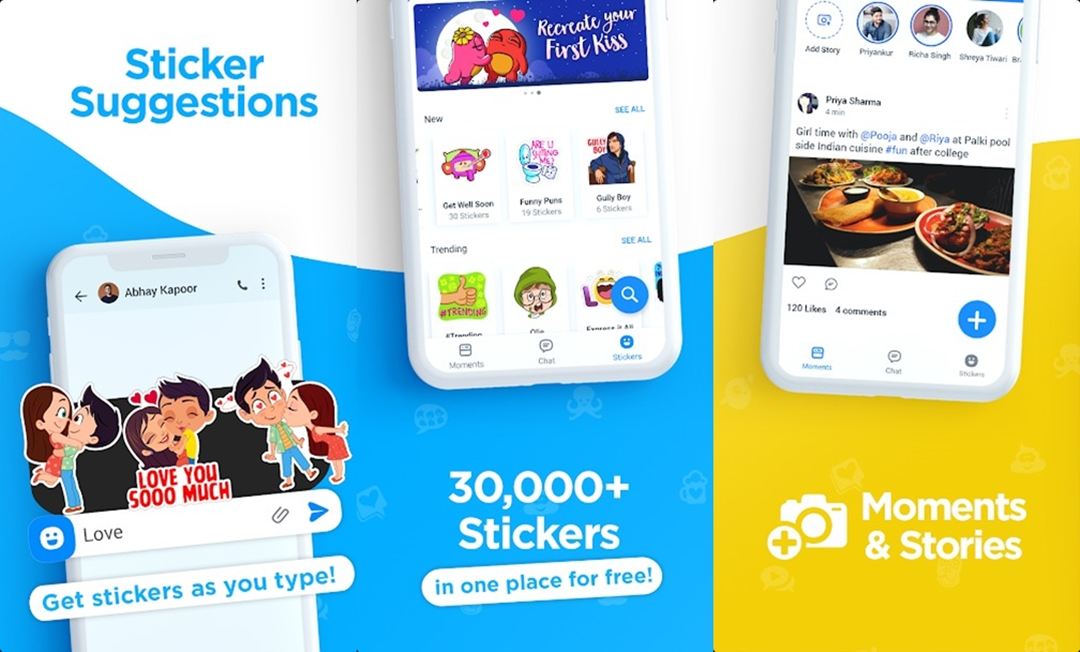 Hike offers a rather unique and interesting messaging experience by allowing users to set a chat theme for each contact. The application pushes for the use of stickers, of which there are over 30,000 to choose from. Just about every sticker pack on Hike is well-designed and far superior to stickers on other apps. There’s even an option to turn anything you type into stickers. You can hide the chats you don’t want to appear on the chat page as well. 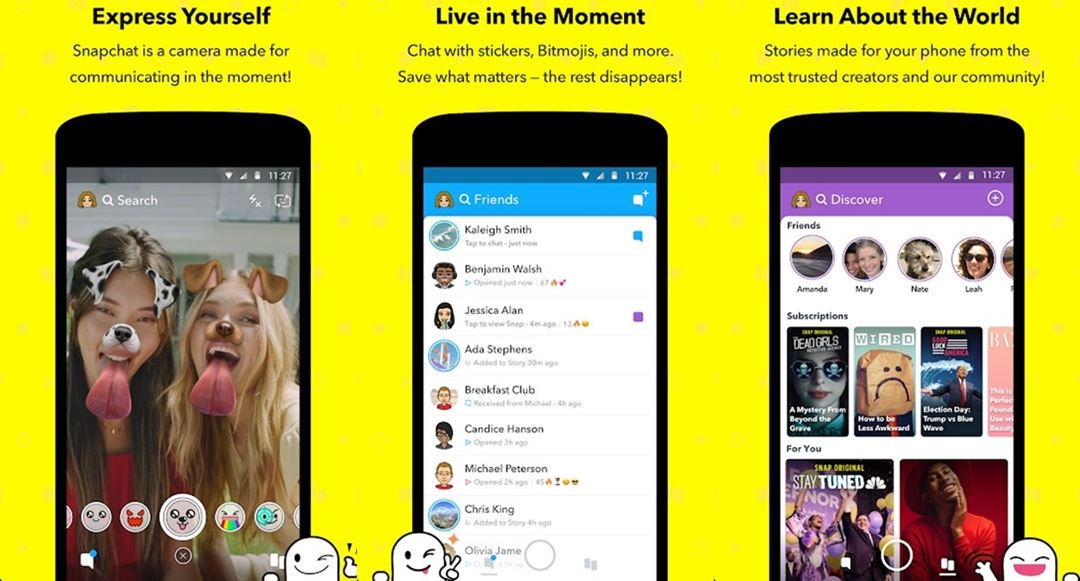 Snapchat is another popular photo, video, and message sharing application that has a lot to offer. The app lets you share photos and videos with some of the best filters on any app. Of course, you could also strike up a normal text-based conversation when needed. You could even watch your favorite creators’ Stories from the Discover page which also helps you find new and interesting publishers. The app also lets you share your location with friends to let them know your whereabouts.

While Snapchat has plenty of features for its users, the app is geared towards the younger crowd thus it might not be the best option for everyone. Those looking for a rather basic and simple messaging app might have to look at other instant messaging apps mentioned on the list. 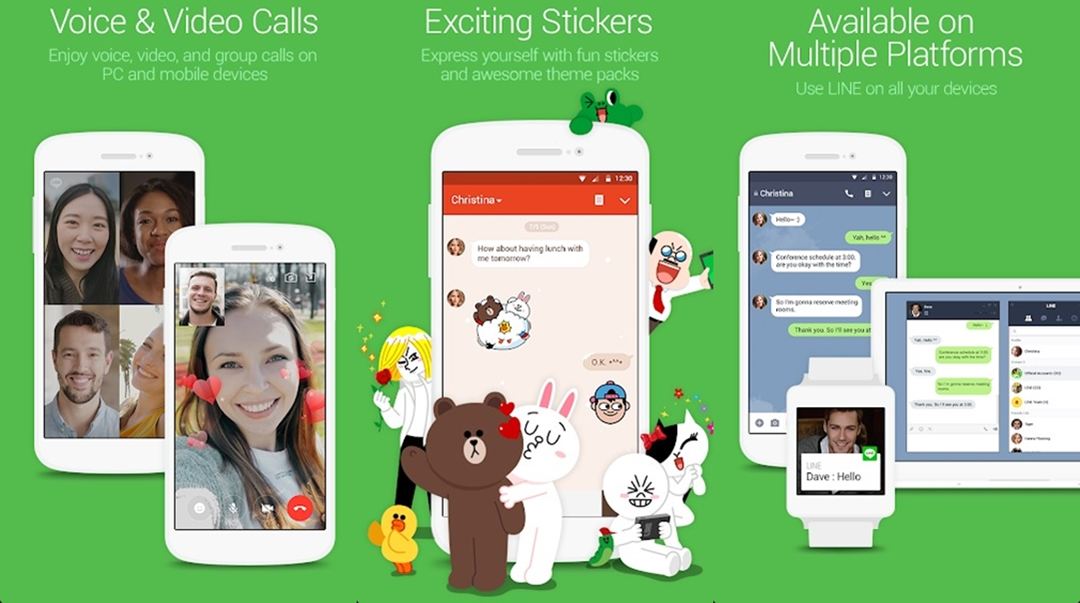 The Japnese instant messaging app Line is one of the most popular messaging apps in some parts of Asia. It has all the basic features that you’d expect from a messaging application and then some. Line lets you share messages, videos, photos, and cool stickers. There’s even an Instagram-like timeline system that shows you the latest status updates from your contacts. You could create groups with up to 200 users which is far greater than most other IM apps. With Line Out, users can make paid international calls to their contacts who aren’t on Line. 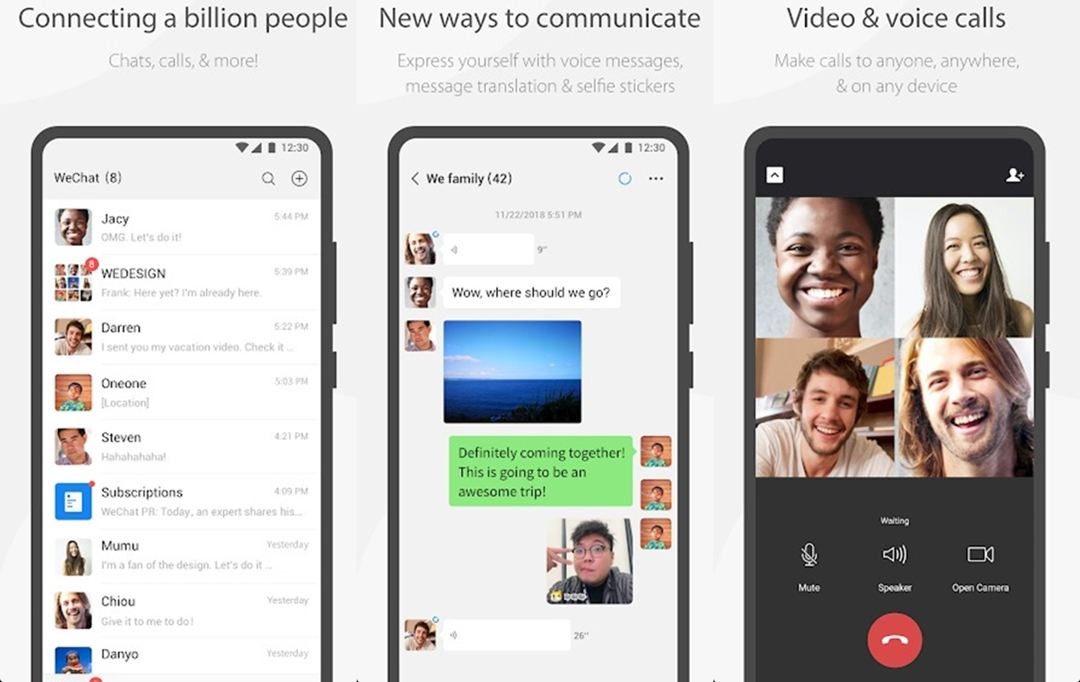 WeChat is the most popular instant messaging app in China and has over 1 billion users. The app lets you send messages, videos, photos, and your location with your contacts. WeChat also has a ‘Friend Radar’ feature that helps you easily add people nearby to your friend’s list. You can follow the official accounts of those who post original content on the app. WeChat also has a payment feature, however, it’s only available in a few Asian countries. 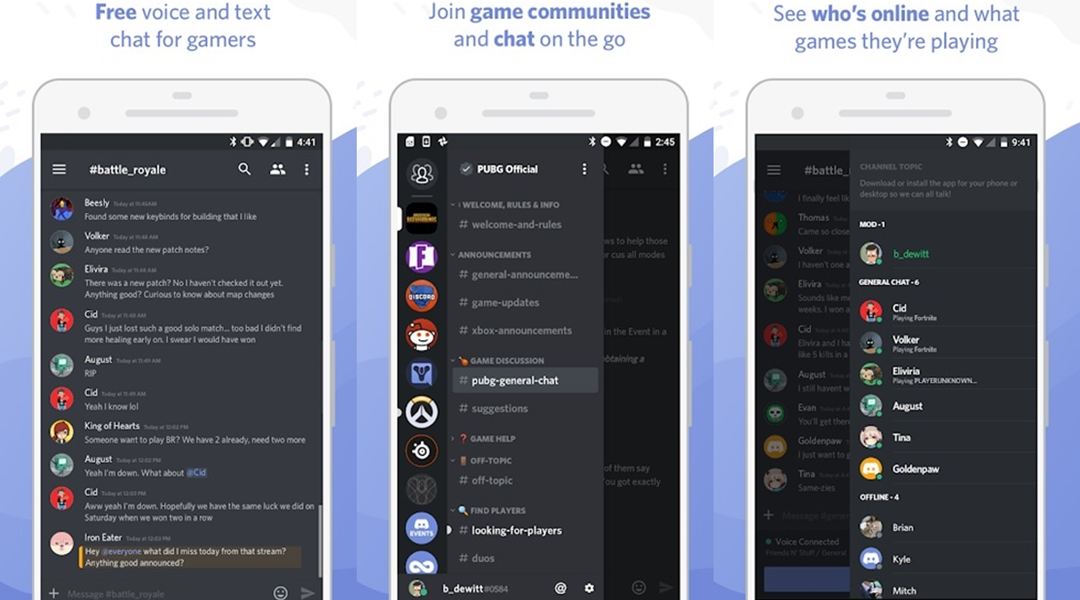 If you’re a gamer, then you most definitely have to check out Discord in case you are not using the app already. Discord makes it super easy for users to communicate with each other via voice chat while playing multiplayer games. However, it can also be used to follow your favorite gamers on their Discord Servers. The application comes with a ton of features including the option to assign roles to members on the server. Discord is available on multiple operating systems. 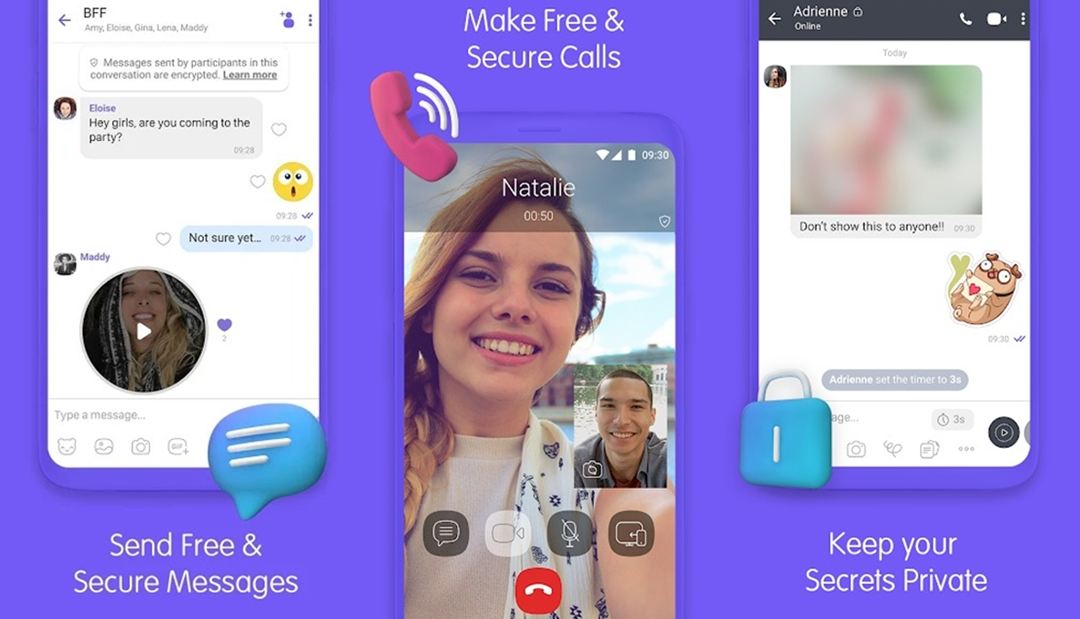 Viber Messenger is another fantastic IM app that has been around for several years. The app was one of the first few instant messaging apps to feature voice calling support. It allows you to share messages, photos, videos, documents and stickers with your friends. The app also has a feature ⁠— Viber Out which lets users make cheap International calls to those contacts who do not have the app installed. Just like Telegram, Viber too has a Self-destructing messages feature that allows you to set a timer for a message after which it will be deleted.

These 10 apps were our top picks for the best instant messaging apps for Android. Each app is unique in its own way and as we mentioned above, the only problem you might run into is your contacts do not have the app installed too. Fortunately, all these apps let you quickly invite your friends to download and install the app on their device.

What’s your current favorite instant messaging application on the list? Let us know in the comments below.

Read next: 5 Best Android Apps to Create and Share Forms 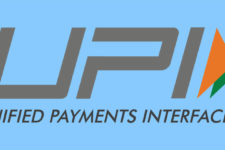 Best Android UPI Apps You Must be Using 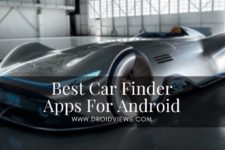 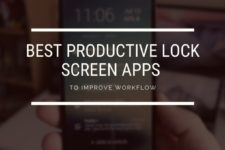