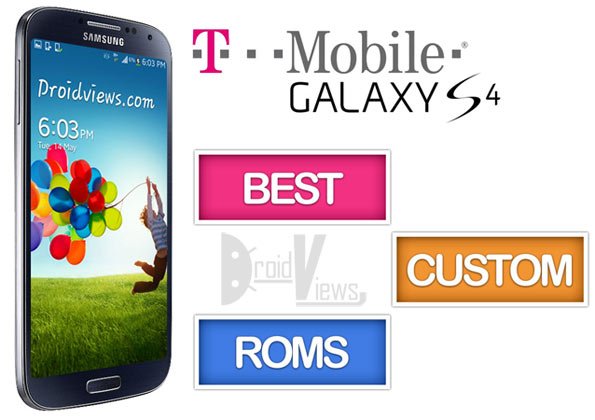 A smartphone may have awesome hardware specifications but it can perform well only when they are accompanied by a good and optimized ROM. The Samsung Galaxy S4 is undoubtedly one of the best smartphones we have today but it is also know how terribly it performs with its TouchWiz user interface. Having spent money on a costly device like the S4, it’s our right to expect fast performance and good battery life. And if our phone fails to meet our expectations with stock firmware, I think it is a wise decision to look to custom ROMs.

The custom development activities for a device is relative to its popularity and being a widely known phone, the Galaxy S4 users have a lot of custom ROMs to choose from. So much quantity and variety of anything is  a good thing but it also adds to confusion. An article like the present one aims at helping you with choosing the right ROM for your device so that you might make the most out of it.

So, here is our list of some of the best custom ROMs for T-Mobile Galaxy S4 SGH-M919. Our selection is based on a variety of measures like speedy performance, removal of bloatware apps, added features, options for customization and better battery life. We have also tried to balance the article with stock TouchWiz and AOSP based ROMs based so that you can have more choices.

Before we begin our listing of the ROMs, we would take the opportunity to clarify that we are not associated with the development of any of the them. By rooting your Galaxy S4, you have already voided its warranty and by flashing a custom ROM, you might put it in further risk. You are not forced to install the ROMs and if you proceed, do not held us or the developers for any mishap. However, we would try our best to help you out in case you get into a problem.

I know you know it yet let me tell you that to be able to install any custom ROM or mod on your T-Mobile Galaxy S4 SGH-M919, you must have root access on it. Moreover, you must also have a custom recovery like CWM or TWRP installed on in. Also, do not try any of these ROMs on any other device than they are meant for.

I first came to know about Wicked ROM when I was looking for something worthwhile for the T-Mobile variant of the Galaxy S3, and could not help falling in love with it since then. Probably it is the first “wicked” thing  a T-Mobile Galaxy S4 lover can be proud of loving! Wicked™  is a highly tweaked and fully customizable ROM that is powerful and fast. Among its major features include: 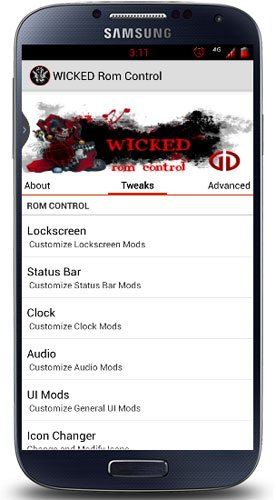 Wicked™  is installed on your phone via Aroma Installer and that means giving the power to the user so that he can decide what to apps install and what features to have on the device.  As you install the ROM, you can choose from various home launchers, camera, lock screen, themes, music apps, boot animations, camera apps, bloat packages and various other stuff.

Another cool thing about the ROM is the ROM control feature that lets you play with various elements of your phone’s UI such as clock style, lockscreen, status bar, audio and several other things. Wicked ROM is the best choice for those who love Samsung’s stock TouchWiz with improved performance, better battery life and tons of features and extended options for customization and tweaking.

How to Install: Read the installation tutorial here. 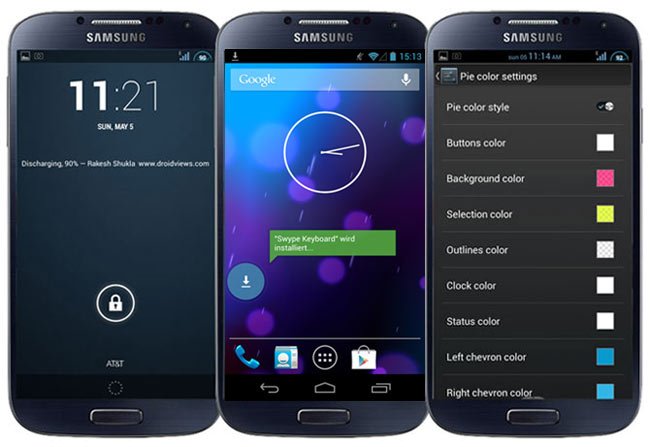 Say it my obsession or the virtue of this ROM that I can’t help write a best ROMs article without mention CyanogenMod. I have used and am still using it on some of my devices. If you hate TouchWiz, or love the pure flavor of Android more than anything else, or even just want a variation, the CyanogenMod is probably the best thing to go with. Like any AOSP-based ROM, Carbon is very light and fast has the well-familiar Holo look in user interface. What makes it different from other ROMs in its class is its powerful customization options that allow you control every bit and byte as per your preferences.

Besides it own unique ROM tweaking and customization features, CyanogenMod now implements various nice goodies, like AOKP Ribbons, PIE launcher, Theme engine, etc., from some other open source ROMs. As for performance, Carbon fares decently with good battery backup. Here are some of its features:

Any AOSP or CM based ROM requires Google Apps to be installed separately. Download the latest Gapps zip package from here and install it after flashing the ROM. For detailed steps on installation click here. 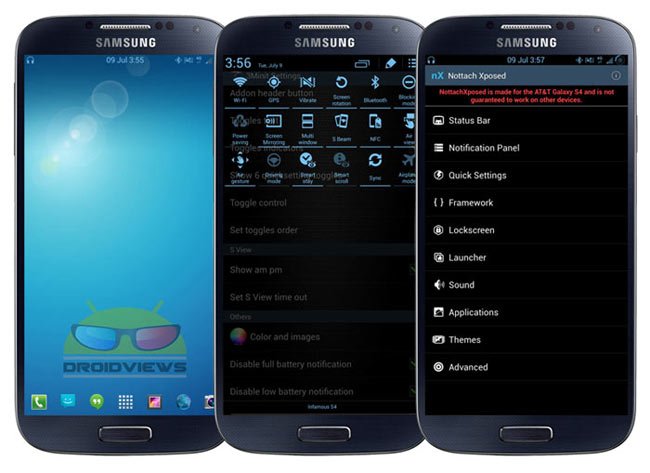 So far we have seen a TW and an AOSP based ROM. Now, here is another ROM that is based on Samsung’s stock firmware but it is highly tweaked and optimized for really delivers spectacular performance with proficiency. Infamous ROM takes advantage of 3Minit and Xposed frameworks and lets you control not only the look and feel of your device, but also do various system tweaks easily. The ROM is installed via Aroma Installer and therefore it lets you choose from various apps and mods before it is installed on your device. Here are some of the notable features of this ROM:

In short, Infamous is one of the best choices for T-Mobile Galaxy S4. If you like speedy performance and customization with more than decent battery life, it is a perfect ROM loaded with rings and bells that sound sweet.