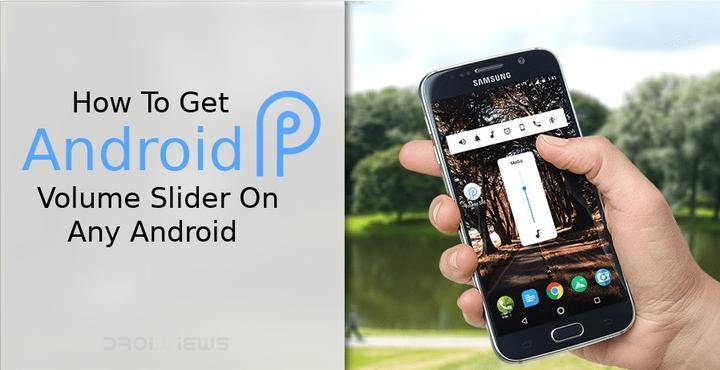 We’ve talked about some of the changes introduced in the first Developer Preview of Android P before. One of the many noticeable changes is the position of the Volume slider. With the ever growing screen sizes, the software needs to place touch controls where the thumb can easily reach them. Android 8.1 Oreo did something similar to the Power menu. It was moved from the center to the screen edge closer to the power button and reshaped vertically rather than horizontally. Android P is seemingly providing the same treatment to the Volume slider. The volume slider has been moved from the top of the display to the screen edge near the volume buttons, which is the same as the side where the power button is on most phones.

It’s one of the welcome changes in Android P. Ever since the introduction of the LG G6 and Samsung Galaxy S8 last year, smartphone displays have grown much taller. All thanks to the new 18:9 aspect ratio every OEM seems to be chasing. Not criticising the move but kudos to Google for optimizing the software based on current hardware trends. Google even included support for notches and multiple displays, one of those isn’t even a trend yet. It is quite likely that you may never get the Android P update though if you don’t have a Google Pixel or a recent flagship from last year. You may still have a really tall phone sporting an 18:9 display.

See also: Respond to Notifications on the Fly with Notifly

Fortunately for you, Android P is not the baseline requirement for getting a similar Volume slider. It may not have been long since Android P DP1 was released but we’ve had the system ringtones and wallpapers available for download for some time now. There is even a port of the Android P screenshot editor for any Android device. It shouldn’t be very surprising then if we tell you that the Android P Volume slider can also be installed on any Android device running Android 4.0 and above. There have previously been a few apps that change the default volume slider on android devices. Android P Volume Slider from Yogesh Dama is simply one such app. There is, however, a big catch. More on that later.

You can download the Android P Volume Slider APK file from here and try it before buying the app.

How to use Android P Volume Slider