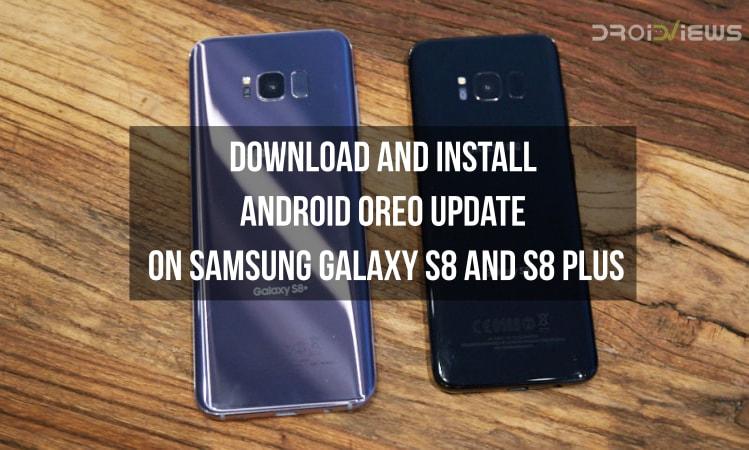 Now, we also know that all the Samsung smartphones that have been released till date come with the custom skin of Android developed by Samsung in-house which has been named as TouchWiz UI. Recently, Samsung introduced a new version of its TouchWiz UI which has been named as Samsung Experience and this version is the lighter version of TouchWiz as the company felt that the TouchWiz UI was a bit heavy. Now, it is also understood that the smartphones were released with the latest version of Android available at the time of launch which was Android Nougat.

The Samsung Galaxy S8 and the S8 Plus come with a difference in screen size where the S8 Plus has a larger display than its younger sibling. Apart from that, both the smartphone come with Snapdragon’s latest flagship processor, Snapdragon 835 processor. Also, we have known that Android Oreo, successor to Android Nougat, was released by Google recently and the Samsung Galaxy S8 was remaining to get the latest update

The firmwares listed below are only for the single-SIM models of the Samsung Galaxy S8 and Galaxy S8 Plus but they will also work for the dual-SIM models SM-G950FD and SM-G955FD.

If you having issues installing the Android 8.0 stock Oreo firmware on your Samsung Galaxy S8 or S8 Plus, please follow this tutorial to fix it.

Follow the steps mentioned in the above tutorial properly and mention any of your queries in the comments section below in order to get them solved.