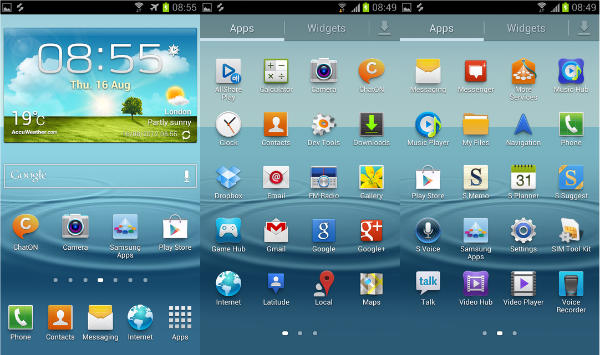 All of us who own the Galaxy S3 have been waiting to taste the Jelly Bean since Samsung released an update for Korean users at the end of September. The long awaited Android 4.1.1 Jelly Bean official update is finally out for the Samsung Galaxy S3. The JB update has been released for select variants in European countries only that include: United Kingdom,  Italy, France, Spain, Romania, Austria, Ireland, Switzerland and Austria.

Samsung Mobile US has also confirmed the JB update via OTA or Kies for the Galaxy S3 very soon. Here is the official note:

“Samsung Mobile will begin to the rollout of Android 4.1, Jelly Bean, to all Galaxy S III smartphones in the U.S. in the coming months. Galaxy S III owners will receive the Jelly Bean update as well as a host of new and enhanced TouchWiz features, making it a faster and more responsive device experience. The update will also bring new capabilities to the camera, video and user interface, as well as access to ESPN’s ScoreCenter app with custom AllShare integration.”

What the Jelly Bean Update will Bring:

The Jelly Bean update for the Galaxy S3 will upgrade your device’s OS with a lot of cool features. Here are a few of them:

So, if you are one who belongs to any of the countries listed above, just check for the update over Kies or download it directly from SamMobile. The firmware can be flashed via Odin. If you do not know how to flash a stock firmware on the Galaxy S3, head over to this tutorial.