Icon packs are a great way to customize your Android homescreen and there is no lack of them on the Google Play Store either. Most stock Android launchers don’t support these third-party icon packs except Xperia Home, Asus Launcher and probably a few others. Therefore many people end up using a third-party custom launcher such as Nova, Action Launcher, ADW, Apex, etc. The huge number of quality icon packs on the Play Store ensures there is something for everybody. You can find something you love for a price as low as free. Yet, often you might find yourself loving the look of an icon pack but thinking the asking price was too steep. Here we list 5 such paid icon packs that are currently on sale for free on the Play Store. You might want to hurry because Play Store sales don’t last very long. 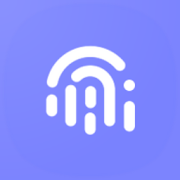 Aspire UX S8 is based on the brand new look of the Galaxy S8. With a plain colored “squircle” shaped background and clean lines, the icons mimick the look of the Galaxy S8 icons. Except, this icon pack takes things a bit further. Even if you do have a Galaxy S8, all the app icons are not similar to the icons made by Samsung for its stock apps. But if you dig the look, Aspire UX S8 has over 1200 icons that resemble the icon design by Samsung. The app boasts of full HD wallpapers as well to go along with the icons. Aspire UX S8 is available for a price of $0.99 on usual days, but you can grab it for free till the sale is on. 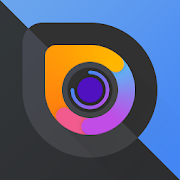 Blackdrop seems inspired by the icons for Google’s Allo and Duo message and video calling apps. All the icons have a similar Sailfish OS look to them with colorful backgrounds and usually a darker front. The app contains about 200 wallpapers to match the teardrop icons. The calendar icon here is dynamic, meaning it changes according to the current date. The price for Blackdrop is $1.49 but it is currently free. 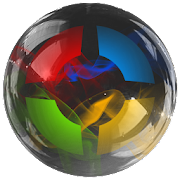 Smoke and Glass has a more in your face kind of style that actually works pretty well across the board. The glass case around icons filled with smoke makes sure than even non supported icons don’t look out of the pack. Granted, the bold style isn’t everyone’s cup of tea but you can at least try it out while its free of cost. The icon pack usually goes around for $1.80 on the Play Store 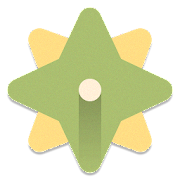 Minimale Vintage is aptly named considering the style of icons it brings to the table … err.. to your home screen. It makes use of a layered design mixed with shadows and a color palette that makes the icons appear old, but not boring. The icon pack boasts of more than 2400 icons and is sure to cover most of the apps you have if not all. It has 20 cloud-based wallpapers to go along with the icon pack and most of them do match pretty well. The icon pack usually sells for around $0.99.

When Google launched its Pixel line of smartphones with rounded icons, everyone suddenly wanted rounded icons. Not just any rounded icons, but icons similar to those that were on the Google Pixel. That is quite common with new devices coming out. There are a few other Google Pixel based icon packs on the Play Store that are also free. This one though would cost you $0.99 on any given day except until it’s on sale.

Must read: How to Install Amazon App Store on Android

When similar free icon packs exist, one might wonder why this one exists too. For one, the developer promises new icons every week in addition to the current 4000+ icons. The app contains 15 HD wallpapers with the icons and is continuously updated and optimized according to the developer. Whether all of that is worth the money or not is a debate best suited to those who have to pay for it. You can grab the icon pack for free as long as it is on sale, which might not be for long.