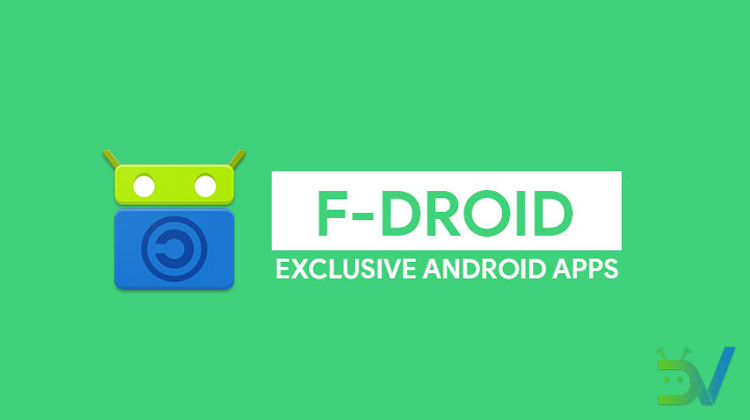 Fortunately for Google, it was able to kick the competition off of Android phones, except the Galaxy Appstore, which exists, for some reason. But Google’s terms of services are quite restrictive. Considering the open nature of the Android platform, it’s also necessary for security reasons. This means though that many amazing Android apps simply don’t qualify to be hosted on the Google Play Store. This results in them being hosted on other unofficial app stores such as F-Droid.

For the uninitiated, F-Droid is not a market that’ll let you install paid apps for free. But it’s a repository of some really awesome open-sourced Android apps that you won’t see on the Play Store. You’ve most probably heard the name if you’ve been sideloading apps. And if you’ve ever downloaded anything from F-Droid, you’ll probably know that they have an Android app too. But obviously, much like all the apps hosted at F-Droid, the F-Droid app is not available on the Play Store. Having the F-Droid app makes it easier to browse apps and keep track of updates. It’s like the Play Store for free open sourced apps. Here are some of the F-Droid exclusives that you should try.

Yalp Store is another non-Google app store for Android hosted on F-Droid. Unlike F-Droid, which only hosts open-source apps, Yalp is an alternative to the Google Play Store. This is more useful for those of you who are concerned about your privacy. It shows you all the apps available on the Google Play Store and lets you install them.

Yalp can also automatically update apps for you but the setting is disabled by default. You will be prompted to sign-in with your Google account. This is a local login and it is required because the Google Play Store requires a valid login token before it will serve up any APKs to download.

Check out our full review of Yalp Store and how to use it.

/r/Android is basically a subreddit that maintains a wiki of Android apps. It covers community recommended apps as well as apps from small developers trying to get the word out about their apps. The subreddit is home to several hundred Android apps.

The /r/Android App Store on F-Droid is just an app which makes it easier to directly access the subreddit and download all the apps. While the subreddit hosts both paid and free apps, the app itself is free to install and use.

NewPipe is a Material Design based open-sourced YouTube replacement app. It allows you to open videos in an external player, play audio in the background, and download audio or video for local playback. It doesn’t use proprietary Google APIs, saves all your data offline, and gives you control over what data it collects. So that makes it a must-have if you’re trying to use Android without Google. It is a lightweight but powerful YouTube alternative you must not miss.

The name does not immediately make it clear if you’re not paying attention, but DNS66 is an adblocker, and now you probably get it. it uses Android’s VPN system to block ads. It’s quite similar to the likes of Netguard or the infamous no root ad-blocker, Adguard. Yet, DNS66 is different because unlike those apps, it does not cause a large amount of battery drain. This is because unlike VPN-based ad-blockers, DNS66 blocks ads at the DNS level. That is to say, instead of redirecting all data and filtering for ads, DNS66 directs only DNS traffic through itself to filter for ads. DNS66 allows you to block system-wide ads without root.

This one requires a rooted Android device and the name makes it quite obvious as to why it’s not in the Play Store. It has been the best ad-blocker I’ve ever come across on Android. It blocks all the ads in every app you’ve installed and every website that you browse. The best part is that all of that takes just a simple tap. Updates are also fairly regular and they make sure that you’ll probably never see an ad again on your Android. At least as long as the app is installed and its database is updated.

Read next: 25 Hidden Android Settings You Must Check Out