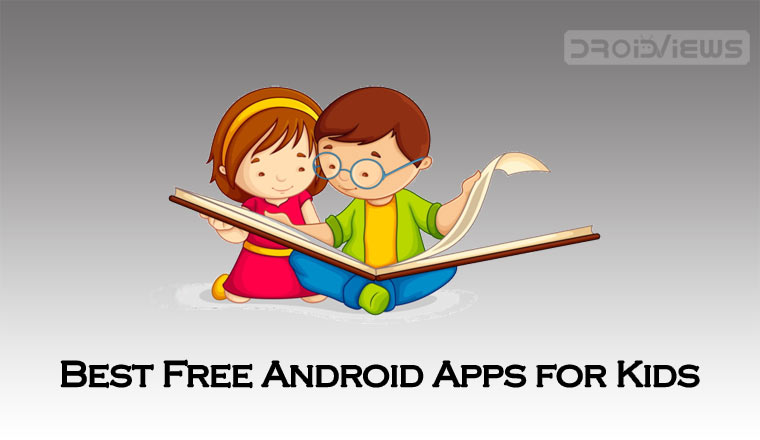 Growing up in the 90s in India meant we didn’t even have something like a Gameboy. Kids these days though are growing up with gaming hardware more powerful than the computers NASA used to send men to the moon. That gaming hardware is mostly a smartphone or a tablet. Some parents feel it’s better than sending them out to play in the mud.  So here are some of the best free Android apps for kids that’ll help them stay entertained and out of your way while also learning a thing or two.

Before we mention any other apps, let’s start with the app to launch apps. Kids Place is a different kind of app launcher, unlike Nova Launcher, Action Launcher, etc. This custom app launcher creates a sandbox-like environment for your kids to play in. Instead of sand, this sandbox is filled with apps that you’ve chosen. In addition to that, it will also prevent installations of new apps and blocks in-app purchases. An in-built timer feature lets you set a specific time after which your kid will be locked out of the app.

A profile feature lets you create different profiles, apps, settings, for different times or different kids. Exiting the app or changing any settings requires a PIN that you shouldn’t let your kid know for obvious reasons. 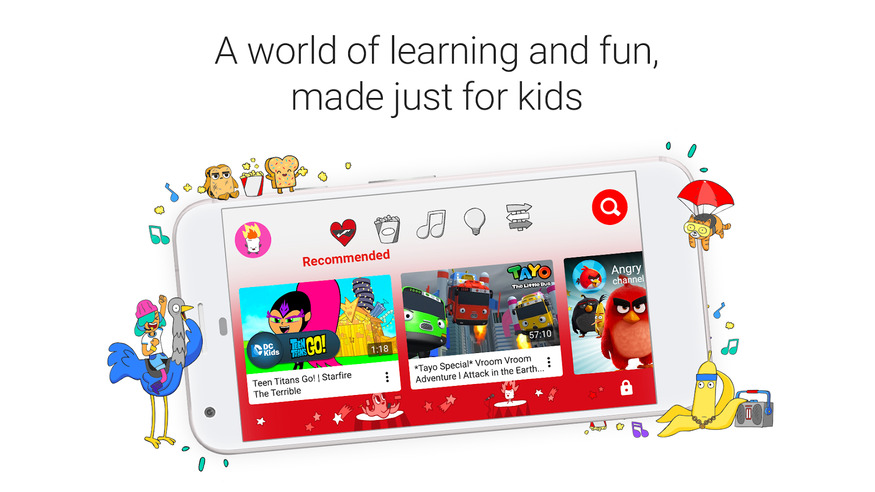 One of the most popular apps amongst kids is YouTube because kids like to watch things. We all know YouTube is not quite as safe for kids, especially once signed in with your Google account. Which is why Google came up with the YouTube Kids app. It’s no surprise that it’s one of the best free android apps for kids that you can have. The app allows the kids and parents to quickly find age-appropriate kids shows, music, videos, channels and playlists.

The interface is designed with big buttons and other kid-friendly features. Parental controls include options to selectively filter content and set a timer to keep your kid from getting glued to the screen for too long. YouTube Kids is one of the best Android apps for kids to help them play, learn and entertain themselves.

Angry birds was a huge hit a few years ago and since then the developers have tried everything to capitalize on the Angry Birds brand. This includes releasing several similar, yet different games. One of those is Angry Birds Space and it’s not just fun but also one of the very best free android apps for kids. The game introduces your kids to concepts like planets, space, gravity, etc.

Must Read: 5 Exclusive F-Droid Android Apps You Should Try

Of course, you can’t expect your kid to have mastered the applications of the law of gravity after playing the game. But it has more than 300 set in the intergalactic playground. Each of these levels is harder than the last so it will also hone problem-solving abilities.

Math is one subject most kids dread, even many adults do. There are also people who are very good at it and say math is fun. Well, we don’t know how a kid might turn out to be 6 or 10 years down the road, but Moose Math is an app that can make math fun for your kids at least for the time being. Moose Math uses real-life objects to teach math to kids. The concepts are introduced in the form of interesting stories, making learning entertaining and enjoyable. You must install Moose Math Android app on your kid’s phone or tablet device.

No list of best free android apps for kids can be complete without a kid-friendly doodle app. Kids love to doodle. If you don’t give that an outlet you’d turn them into your personal graffiti artists, and they’re not good at it either. This app makes more sense if you have a tablet with a large screen. The app is straightforward and easy-to-use like a kids app should be. It lets them create art on the screen using the finger. It has a variety of different options in painting and sketching styles. It’s good enough that even interested adults can try their hands at it.