A recognized contributor and developer at XDA-Developers wanam has released a version of Xposed that should work on all Galaxy S6 variants and hopefully for all the upcoming Samsung arm64 devices. Till now Xposed Framework was limited to Samsung Touchwiz Lollipop ROMS and not the Samsung Galaxy S6. But here is an Xposed framework variant built and tested on the Samsung Galaxy S6 (G920F).

However, it is still in an experimental phase and it has been confirmed as working so far on selected tested modules. Samsung has made a lot of changes to ART without providing the sources. Hence it took a while to work around some of Samsung’s changes to the ROMS says the developer. Some changes have been made to the framework part to get it working with the AOSP ART including changes to “core-libart.jar” and “conscrypt.jar”.

There are no issues for modules like YouTube AdAway module and others, but it is still experimental and should be expecting some bugs and updates in the future. This method requires installing Xposed Framework zip file using Custom Recovery like CWM or TWRP and also a Xposed Installer apk file.

This is just a temporary workaround until the Official support for Samsung Galaxy S6 is announced. So, you can expect several bugs and frequent instability in the functionality of the app.

Kindly follow the below guide carefully to avoid boot loops on your Samsung device. Installing this means that if you’re ready to take the risk, proceed with caution. DroidViews or any of its community members will not be responsible for any harm done to your device.

Once everything is set, you may now proceed with the actual process.

If in case your device gets into boot loop, you can flash the Xposed Framework Uninstaller. Once successful, you can install Xposed Modules opening the app but be sure Wanam Xposed is not compatible yet. You can follow the XDA post for further bug fixes and updates for the Xposed Framework for Samsung Galaxy S6. 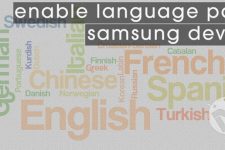 How to Enable Language Packs on Samsung Devices 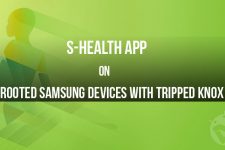 Use S-Health on Rooted Samsung Devices with Tripped KNOX 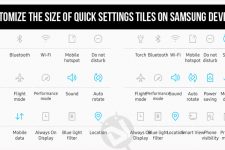