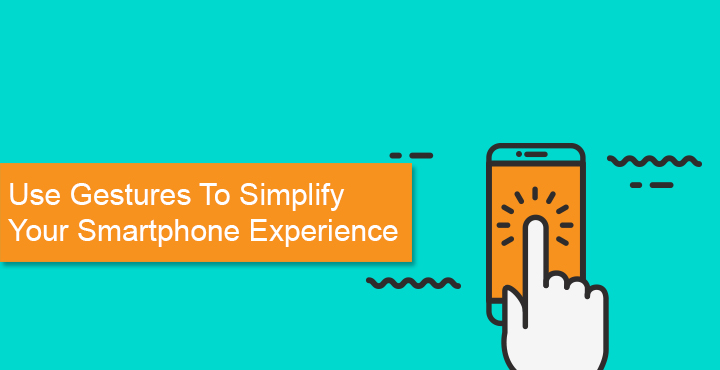 You’re feeling really lazy, your phone is lying on a flat surface as you browse through your online life and you find something interesting. You want to take a screenshot but that would require you to long press two hardware buttons simultaneously. If you’ve been in a similar situation, you’ll understand how tiresome taking a simple screenshot can feel. How great would it be if you could just do it without having to press hardware buttons? Maybe a simple swipe from the edge of your screen?

This one isn’t really a gesture focused app and there’s a good chance you know that. It is one of the most popular Android launchers and one of the best. It wouldn’t be too wrong to assume you probably already have it installed on your Android right now. But aside from the various customization features it offers, Nova Launcher was one of the very first Android Launchers to offer gesture support. To set gesture actions, go to Nova Settings > Gesture and inputs. Here you will find a number of available gestures that you can set to do anything from locking the screen to launching an app. For instance, you can set a left swipe to launch Google Now, Cortana, Bixby, or whatever your favorite virtual assistant is. It’s pretty cool.

Don’t miss: Switch to a Smart App Drawer on Your Favorite Launcher

Pretty much like any cool feature on Nova Launcher though, gesture support is also a feature locked away to free version users. But then again, why don’t you already have Nova Launcher Prime?

If you’re a new Android user, you probably haven’t heard the name. But before Google Chrome entered the Android arena, Dolphin was the most popular browser choice on Android. And it was not without good reason, Dolphin is still a solid choice in fact. But it is no more the simple browser it once used to be. Yet, there’s one unique feature that has set the browser apart from the competition from the start. That is, as you might have guessed by now, gesture support.

Dolphin is generally a pretty customizable browser as well and the gestures only sweeten the deal. To set gestures, open the browser, tap and hold the dolphin icon at the bottom center until you see two more icons pop out of it. Drag your finger to the finger icon. This opens a gesture pad of sorts. Here you can draw a gesture that has already been defined. To create your own gesture, tap on the cog wheel/gear icon in the top-right corner. Add the URL in the URL bar and tap on ADD+. Once set, you can use your new gesture simply by long pressing the dolphin icon and dragging your finger to the finger icon.

Being a web browser, Dolphin gestures only let you access browser functions which make sense. You probably don’t expect your web browser to let you launch apps on your phone or make a call.  You can create custom gestures for closing all tabs, accessing your browser history, opening your most visited sites, and more.

All in one Gestures

All in one Gestures lets you create a whole bunch of custom gestures for free. But probably the most useful of those would be the ability to lock your screen and take a screenshot without having to press any hardware buttons. The app only requires the minimal permissions that are absolutely required for its functionality. It’s Google Play Store page even lists these permissions and their use case and the transparency is much appreciated.

There are a sufficient number of gesture options from any of the four screen edges. Other that those, you also have the option to set swipe or double tap gestures on the status bar, set custom actions to your hardware buttons. The trigger area can also be customized to look how you want it to. And frankly, you would want to play around with this setting because by default it looks awful.

Gravity Gestures works a bit differently than other gesture apps and it seems clearly inspired by Motorola’s take on gestures. Users of the newer versions of any Motorola smartphone have used a similar gesture feature called Moto Gestures. Instead of proving your artistic skills on the screen, you can simply rotate your wrist while holding your phone to trigger an action.

Being different also means not being traditional which can end up confusing your users. Thankfully, Gravity Gestures provides you with a detailed tutorial right when you launch the app, even though the app is pretty straightforward to use. At least once you get the hang of it. The range of actions it can perform is quite large and includes toggling the flashlight, activating a voice assistant, opening a website, making a call, toggling Bluetooth, WiFi, etc.

You may also like: Some Tips and Tricks for Chrome Browser on Android

All of that with a simple twist of the wrist. Although, there are only so many ways you can twist your wrist without breaking it. So the number of gestures are limited to three. More specifically, you can either twist your wrist in the X-axis, Y-axis, or the Z-axis and that’s all.