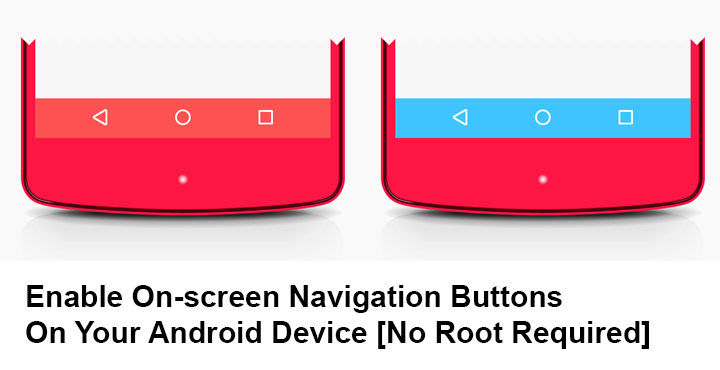 But rooting is not everybody’s cup of tea. Keeping that in mind, developer Daxia has created an app called Virtual SoftKeys which is a pretty self-explanatory name. But the better part about the app is that it enables on-screen navigation buttons without requiring root access. Setting it up is easy too, so if you wanted on-screen keys go ahead and install the app from the Google Play Store.

When you launch the app, it will ask for some additional permissions. It needs the permission to Draw over other apps. Simply follow the on-screen prompt and tap the Go to Settings button. It will lead you to Accessibility settings. Here, tap on the Virtual Softkeys entry and then toggle on the switch at the top. Tap Ok on the pop-up that appears.

Once done, press the back button and head back to the Virtual Softkeys app. Here, you can tweak the look and feel of your navigation bar, which you can’t yet see. That is because it is hidden by default, but you can simply swipe up from the bottom of your screen to bring it up. You will see a semi-transparent trigger area at the bottom of the screen whenever the app is open. This trigger area indicator is thankfully absent otherwise. There are times when you don’t want the navigation keys like while watching a video or playing a game. You can simply swipe it down to hide it.

You can make this trigger area bigger or smaller using the Gesture height slider. The color of your navigation bar can also be changed in case you don’t like the default black look.

Virtual Softkeys aren’t a part of Android’s system UI so they don’t or can’t behave like the traditional navigation bar. So instead of pushing the contents of the screen, your third-party navigation bar just draws over anything that’s on your screen, hence the required permissions.

Therefore, one setting you should enable is Smart hidden. With this turned on, the on-screen navigation buttons will auto-hide when you’re using your keyboard. If you don’t enable it, the navigation bar would cover up your keyboard’s spacebar and other buttons at the bottom which can be a problem.

You can also set the navigation bar to auto-hide after a few seconds if you don’t want to be swiping down every now and then.

Read Next Enjoy Easier Multitasking When on a Call Using Blimps