Today, Twitter has almost four times as many users outside the United States as it does in its home market. About 260 million Twitter users live outside the US which only accounts for 68 million users for the social network. It is only natural for Twitter to cater to its audiences. The micro-blogging website released Twitter Lite as a Progressive Web App in March this year. It was a significant upgrade over its previous mobile site, but it was even more. It had all the features that you’d expect out of a Twitter app, including push notifications and an app icon.

We’ve talked about the Twitter Lite web app before. Today Twitter is taking that a step further. The social networking company seems to have packaged the web app into an Android application and published it on the Play Store. As the name might already suggest, Twitter Lite is mostly meant for people who don’t have access to high-speed, unlimited data packs. The lighter data load means that the app is especially useful for emerging markets where data networks are often slower and more expensive for consumers to use. 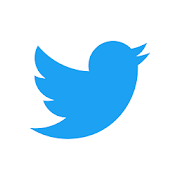 As such, Twitter is currently testing the Twitter Lite app in the Philippines, where mobile data is expensive and slow. Meaning it will not be available via the Google Play Store to you if you live outside the Philippines. That is not to say you can’t install the app if it’s not officially available in your country. The Twitter Lite APK is already available on APKMirror which you can download and install quite easily. We’ve included the direct link down below for your convenience.

Before you can install the APK though, if this is your first time installing an APK, you will need to enable Unknown Sources. Just go to Settings > Security and scroll down until you find an entry named Unknown Sources. On some devices such as a Samsung Galaxy, you’ll have to go to Settings > Lock screen & Security. Check the checkbox next to the entry and then tap OK on the warning pop up.

Download the APK via the link provided above. When the download completes, tap on the notification for the same and then select INSTALL. That’s all, the app will be installed in a couple of seconds, and then you can tap on OPEN to launch the app.

Have fun using it

Continuing the impressive trend, the Twitter Lite Android app does not even feel like a Lite app. Other than the fact that it is in fact, Lite – less than half a megabyte. Unlike other Lite apps I’ve seen, this one does not feel like a compromise. It can do everything the official Twitter app can and it can do them faster, and it still looks just as polished.

According to a Twitter representative, the company is still evaluating whether to bring the app to other markets.