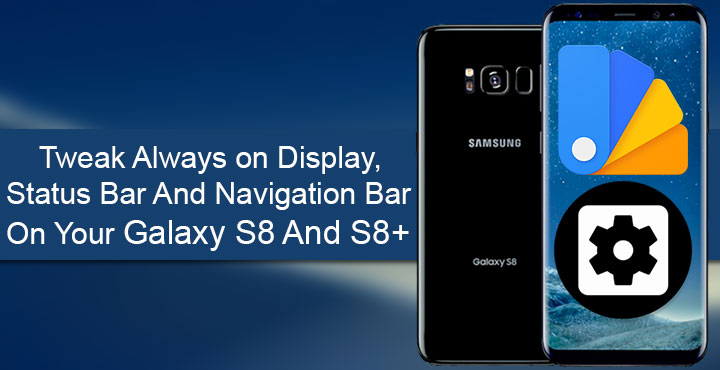 Customization is one of Android’s greatest strengths and OEMs have begun to realize it in recent years. Many OEMs first started developing their own theme engines and so did Sony, with a slight difference. Sony’s implementation was not just about Xperia devices but about Android as a whole. Were they creating a universal Xperia theme engine for Android? Probably not. I think their idea was that Android should have some theme support built-in for OEMs to build upon. Sony’s contribution to Android in the form of RRO layers which then developed into OMS has now been included in the AOSP source code for Android Oreo. Samsung’s implementations of it, in their phones, is not very different. This is one of the reasons why you can now tweak the Always on Display, Status bar and navigation bar on a Samsung Galaxy S8 without root.

Samsung has been using its own implementation of RRO, in fact, since Android Nougat on their devices. Google is only including it on Android now with Android Oreo and maybe it will soon even work on its own theme engine. Although OEMs like Samsung, Sony, and others include a theme engine of their own, built upon pretty much the same thing, the result is not as satisfactory. Especially if you’ve been a user of custom ROMs with built-in CM theme engine or the new theme engine Substratum which is actually built on OMS as well. These solutions usually require root access though and don’t really work with stock OEM ROMs. Well, not until recently.

Thanks to the OMS implementations Substratum developers have managed to create add-on apps which allow Substratum to work on Samsung devices and other Android Oreo devices. If this was possible only on rooted Samsung or Android Oreo devices that’d still have been amazing in itself. But the best part is Substratum can work its magic without root and getting it up and working isn’t that difficult either. All you need is to install the Substratum app and the Sungstratum add-on app from the Play Store. You will have to shell out a few bucks for the add-on though.

Once you have the two apps installed, you can customize your Samsung device in so many different ways than you thought possible, without root. And you can install Samsung System Mods, a new substratum theme for the Samsung Galaxy S8 and S8+ which allows you to tweak the Always on Display, Status bar, and Navigation bar.  This theme is basically a collection of various substratum based mods for the Samsung Galaxy S8 and S8+. These different mods have been put together into one package by developer tytydraco and it is completely free for you to install and use.

You can also install the System Mods pack as an APK if for some reason you can’t or don’t want to install it from the Play Store.

You can check the development thread on XDA by visiting the source link to read about more features. If you’re very particular about what you install on your phone, you should definitely visit the source link. There you will find links to all of these individual mods so you can cherry pick only the ones that you want.

Read Next Display Notch - A Good or Bad Thing? Our Honest Opinion 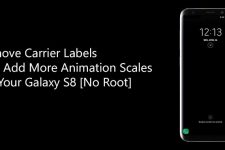 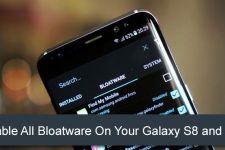 How to Disable All Bloatware on Galaxy S8 and S8+ 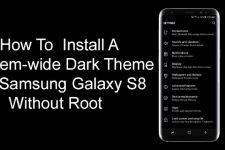