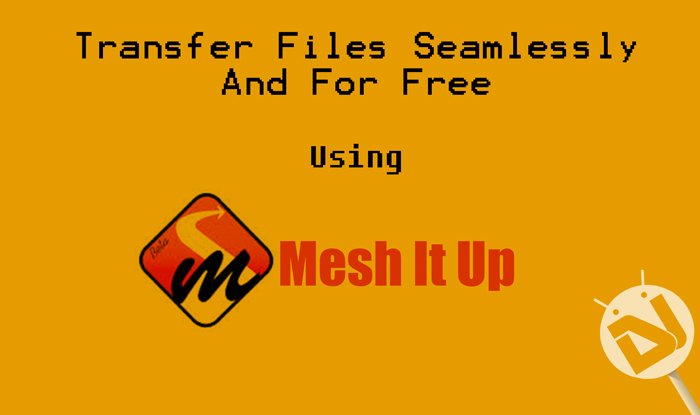 Being an Android user might have been the best experience in your life ever. Android devices open the portals to unlimited access to entertainment and social life. Over the years, we have seen a newer Android version, on better devices, providing awesome features to use. One of the biggest hypes over the release of smartphones was the fact that users could transfer and receive files to and fro their Android (or iOS) devices using wireless methods such as Bluetooth, or WiFi.

Soon, people realized that there was a way to transfer and receive such files in a much more faster, and data-efficient way. Then came individual applications like Dropbox, and Google Drive, which provided the user with a cleaner User-Interface, and better functionality. Even with the launch of such powerful, and data-efficient Android file transfer applications, it’s a hard and long procedure to transfer a file from your device to another. Android file transfer applications like Dropbox, Google Drive, and Microsoft’s OneDrive, all require a stable Internet connection, or a stable data plan.

However, with the growth of the Google Play Store, more and more applications are being pumped into it for the users to download and enjoy with. Just the same way, AmZav, yet another app developer released an application, which could probably blow all of our minds off. Mesh It Up might be one of those million Android files transferring applications available on the Google Play Store, but we can assure you, it’s one of a kind.

What we’re going to review today, is no ordinary Android file transfer application. Mesh It Up’s most powerful feature, which keeps it on top of our suggestions, is probably the fact that it doesn’t require an internet connection, not even a network. I know, as crazy as it sounds, Mesh It Up works perfectly fine, and super fast. Let us not waste any more time, and get right into how this amazing application works. 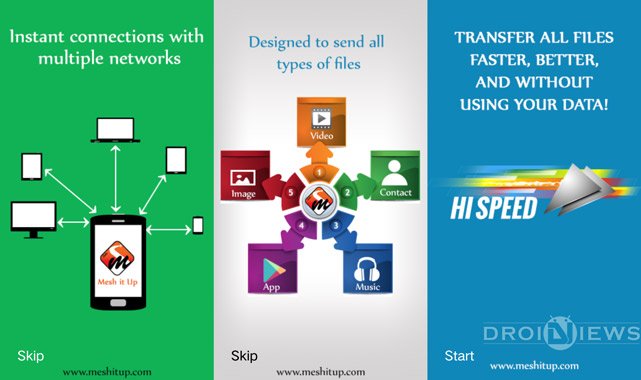 As I previously have written, the way this application works to transfer and receive files on your Android device, might just blow your mind off. Mesh It Up requires no Internet Connection to work. It even works perfectly with Android devices with no network at all. So, you might get into a deep thinking about how this application manages to do what it says without any such basic necessary requirements.

The concept is really simple. Mesh It Up uses an advanced technology, which requires your Android device’s WiFi Hotspot connection. If you don’t already know what a Hotspot is, it is a device which transmits data signals, which can be used as a WiFi Network on other WiFi enabled devices. However, this time, Mesh It Up doesn’t even require you to turn on your data-connection in order to transfer files to and fro your device. 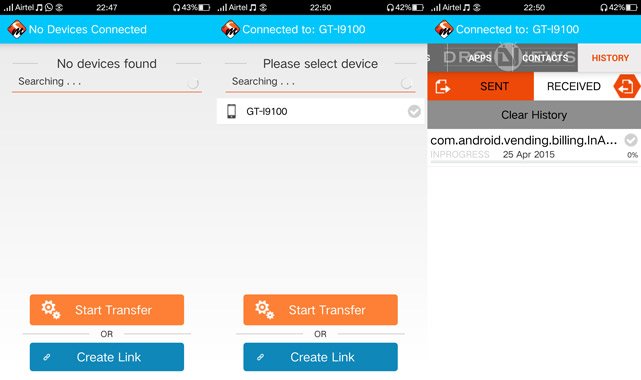 This amazing way of transferring and receiving files to and fro your Android device doesn’t cost even a penny. Also, this server being just a ‘fake’ network connection, restricts no speed limits. Statistics prove that Mesh It Up helps the user to transfer and receive a file to and fro their Android device about 50 times faster than Bluetooth. As astonishing as this sounds, Mesh It Up works on almost every Android device, which support WiFi Hotspots. 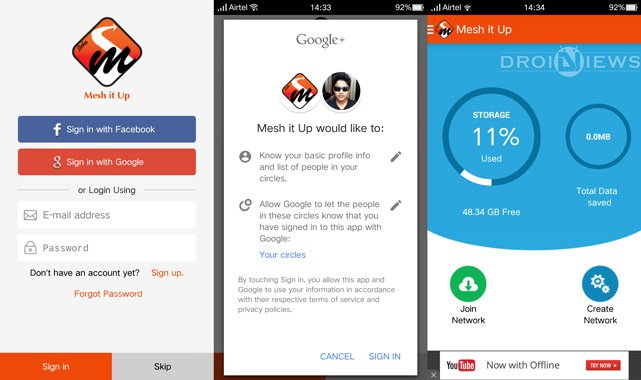 So, once you know how this amazing application works, it’s time for you to see how to actually make this possible.

How to Use Mesh It Up

If you’re already into networking, and communication, then this bad boy is as simple as a wink to set-up. However, we have elaborated each and every step for you to understand perfectly. Now, to quickly set this application up, go ahead and grab Mesh It Up from the Google Play Store for free. Remember, both the sending device and the receiving device requires to Mesh It Up installed.

Good, now that you have it installed on your device, all you need to do is follow the correct steps. Remember, Sending and Receiving files are a whole lot of different topics. To simply send upload file from your Android device to the local network using Mesh It Up, just follow these simple steps. 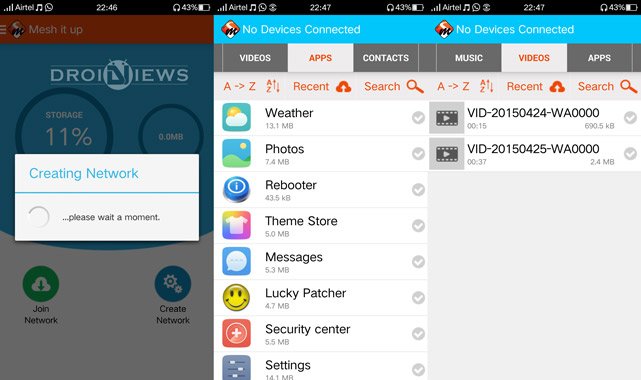 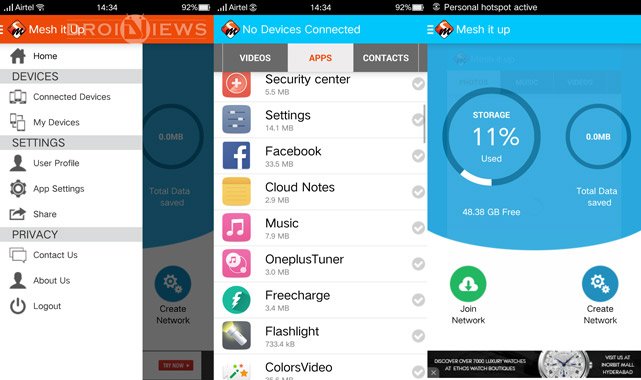 Overall, when it comes to transferring and receiving files to and fro your Android device, Mesh It Up provides you with the best experience so far. The main reason why people would now prefer Mesh It Up over any other file transferring application is because of its clever technique of sending and receiving files on your Android device, requiring nothing but a WiFi enabled device.

If we wanted something more from this already-amazing application, it would be a re-designed User-Interface, which would provide the user with a much more clean and gorgeous look. However, Mesh It Up does what it does best. Never again will you have the urge to find a WiFi network to transfer and receive a file on your Android device. On the other side, many people might not be aware of this utility-packed application, and might be using other file transfer applications like Dropbox and Google Drive.

Although people might think that Dropbox and Google Drive are better file transfer applications, Mesh It Up works perfectly fine. You can always create a local network, upload a file, and download it on another Android device within that range!

With this, we pack up our App Review for today. Make sure you find us in the comments section below if you have any queries.