Have you ever been left wanting for that tad bit more usage time from your android device? Well, with newer age devices touting LTE, high-resolution screens, monstrous SOCs, and whatnot, the only thing left in the lurch has been the battery life of our mobile devices. Fortunately, there are some great battery saver and booster apps that can really save some battery juice so that you can your device longer.

Although OEMs have tried to counter this with an increase in the battery size with some devices, there hasn’t really been anything revolutionary worth talking about. All our eyes are on the next major Android release, the Android L, which is rumored to bring along major overhaul to the battery utilization in Android devices.

Google did give us better battery-management features with the explicit battery-usage graphs it brought along in Android 4.3 JellyBean. But every now and then, just the ability to look at the battery-hogs and individually force closing them is either not enough or just too damn clumsy.

Remember that keeping an eye on the above, and, your various radios like Bluetooth, Wifi and LTE/3G, will always give you a positive outcome. But a little more assistance never hurts, does it? And that’s exactly where the developers come in to your aid. So today we’ll be focusing on a more efficient utilization of your battery juice with the help of certain apps, which, in our opinion are among the best out there. So let’s just get started with our list of top 5 battery saver and booster apps for your Android device. 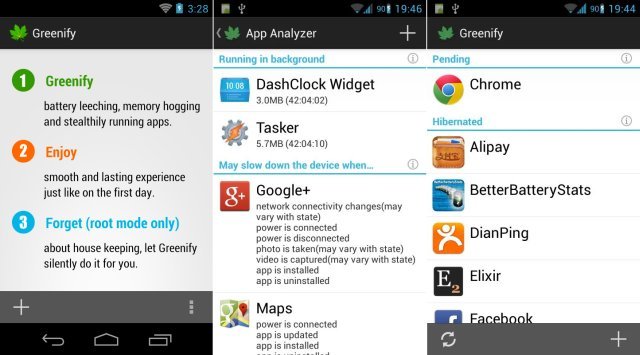 Greenify hits it out of the park when it comes to resource and battery optimization. The implementation is as good as it gets and the idea behind this app was also one of its kind when it was unveiled. Greenify basically ‘hibernates’ your  specific apps by forcing them into deep sleep individually, when needed, and preventing them(in most cases) from restarting.

This app works for non-root users too, but will work wonders if you have root and Xposed installed. Just enable the Greenify Experimental features module in Xposed Installer app, and enable the features as needed from the app module or the Greenify app.

There is a donation version by the dev which gives you the ability to hibernate even the system apps, and we’d say that it totally is worth it! Not only does it save your battery, it also lets your device run fluidly even if you have a lot of apps installed. This is on top of the list folks, so don’t think twice before trying this one out! 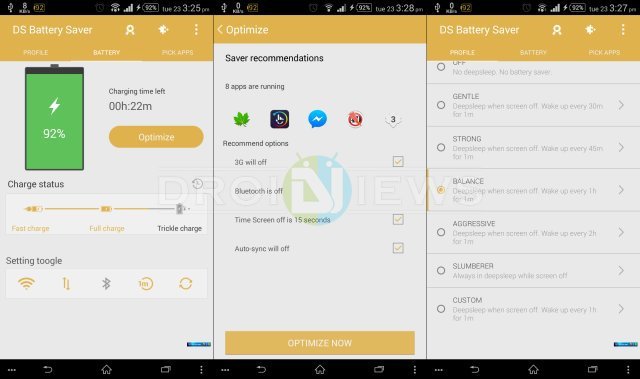 Deep Sleep Battery saver is another worthy app to take a look at. The app has extensive controls for various mobile radios as well as functions. You can select one of the automatic options ranging from Gentle to Slumber, or create your own custom profile. What these profiles do is really interesting — the device is put to a state of sleep by stopping most background tasks and even toning down the CPU clock speed.

You can select the periodic delay before your mail clients or messaging apps are refreshed while your device is asleep. Although the results can be dependent on your personal usage behaviors, you shall get better battery performance from your device more often than not. For root users, there is an accompanying Xposed module, which, when activated, shall give the app privileges to alter the state of your device’s functionalities more efficiently. 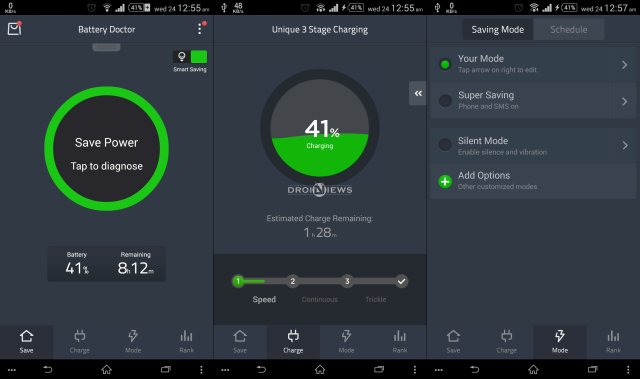 The name of the app says it all. If managing your battery-hungry apps and getting that little extra usage from your charge is all you want, this app is all you need. Battery Doctor is among the veterans at what it does and gives you a real-time impact of various apps on your device with prolonged usage.

Tapping on the ‘Diagnose’ button will give you a real-time estimate of the battery-draining culprit apps. There are customizable modes which can be scheduled individually and the trickle-charging feature is also worth checking out. And the best part about it is the fact that it’s free! Battery Doctor is a great battery saver and booster app. 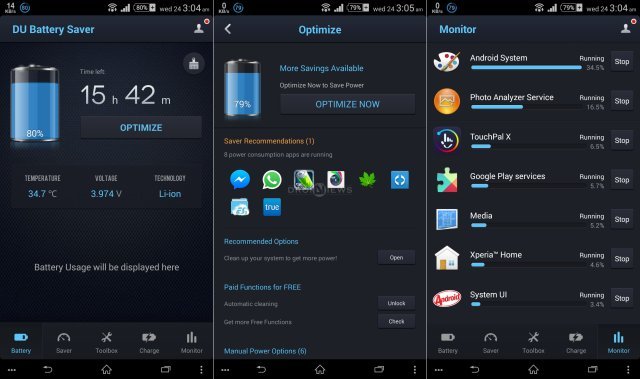 The DU battery saver app is designed to give you a bird’s eye view over the current state of your ongoing discharge and battery state. Tap on the ‘optimize now’ button and it reveals the efficiency potential of your current device by recommending to close apps which consume relatively more power or toggle device features.

There is a live-monitor tab too which gives you a real-time overview of your system resources and running processes. And yeah, the usual ‘trickle’ charge trickery is present here too. The app is free to download on the Play Store and obviously is among the most popular apps among its competitors. Head over to download! 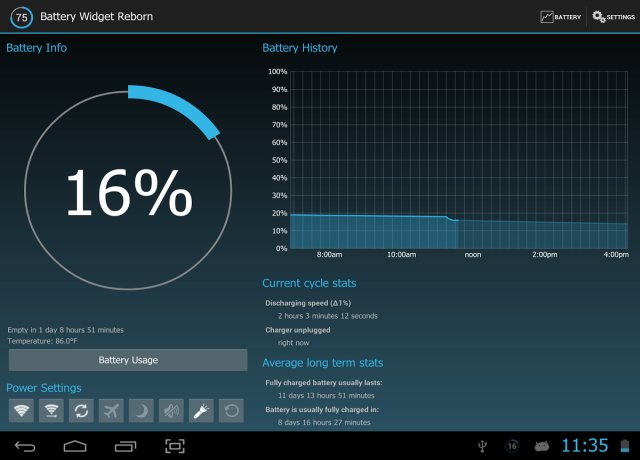 Battery Widget Reborn is not your run-of-the-mill battery saver app. As the name suggests, it’s a widget app, and boy it’s got some tricks up its sleeve! There’s not been much time since it got an ‘officially’ stable release (not to say that the beta wasn’t stable enough!) and went on to become a paid app on the Play Store. It’s one of the best battery widgets you can get with its extensive features and resource hooks.

The homescreen widget can be chosen to either be a circular orb or a graph. You get an overlook over the device temperature and estimated charging and discharging times as well. And if you have a device with Android 4.1+, you will get an intuitive expandable notification drawer widget too. Various other toggles and the timed flight mode feature also add to its functionality and make the app worth your bucks.

That’s all folks! We sincerely hope that amongst the above-listed apps, you might’ve found a solution to your battery woes. If you haven’t tried any of them, we’d suggest you ‘charge-up’ and give them a shot! 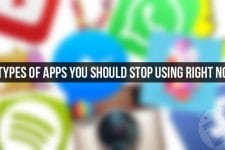 5 Types of Android Apps You Should Stop Using Right Now 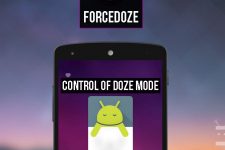 Take Control of Doze Mode on Android with Naptime 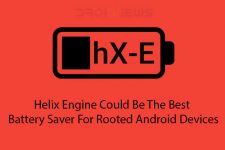