By now youíd be familiar with the regular sales hosted by the Google Play Store on several apps and games. Sometimes we bring you paid apps and games that have gone completely free during the sale period. If youíre looking for some premium games that you can get for free, legally, weíre back with a similar article. You can get the following 5 premium games for free on the Play Store if you hurry. Hurry up, and download them now!

Before you scroll down, you should also check out our list of some of the best heaviest games for Android. 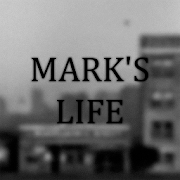 Mark’s Life is a premium game where you get to play as Mark and right now you can do this for free. The game has a good story and a message behind it that you’re sure to love. The dark black and white visuals give the game a kind of sad, depressed look but it may surprise you towards the end. There are definitely a couple of mistakes, you may notice a plot hole, mistakes in the English translation, etc.

If you can look past those, however, and focus on the story, it’s a great game. You may feel it is a bit short. You only get to play 13 days of Mark’s Life, but when its developer is registered as THIRTEENDAYS… 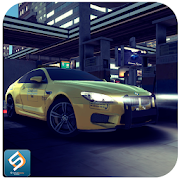 The concept of a taxi simulation is not new but most such games are very casual. The graphics, for instance, are not as great as the best racing games. Amazing Taxi Simulator V2 stands out though. Unlike the conventional taxi simulators, it places its focus on graphics and game physics trying to make the game look and feel as real as possible on a mobile device. This is why it’s a premium game, unlike most other taxi simulators that are free.

There are different modes to play, unlimited customers to serve, a huge city to drive around and even a multiplayer mode. That’s of course in addition to driving freely through the streets in search of passengers.† You can unlock new cars, personalize the ones you have, and you’ll definitely need faster cars as you progress. The game usually costs $0.99 but it’s free for the next 5 days.

If the game’s developers had to sum this game up in four words those would probably be eXplore, eXpand, eXploit, and eXterminate, as its Play Store page suggests. You take up the role of an all-powerful sorcerer and must help one of the 8 in-game races to a victory over the others. Players can customize their character choosing between 40+ character traits and mastering over 300 spells from 13 schools of magic.

It’s a turn-based strategy game and if you’re a fan of those you’ll definitely want to try this one.†Planar Conquest is by the immortal classic, Master of Magic by Microprose (1994). There are multiple planes of existence, dungeons, and cities to raid and conquer. Essentially, there is no lack of different maps. As you progress through the game, you will be expanding your army, and casting fancy spells on your opponents. 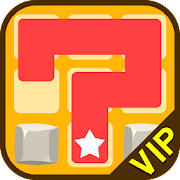 Vaguely named Fill Deluxe VIP is a connect-the-block-style one-line brain training puzzle game. This block game can be easily played by adults and children alike. It features some beautiful background music and there are no time limits, no data usage, etc. It seems like a game that should be free but it is a premium game. The game costs $1.99 but for the next week, it’s completely free. 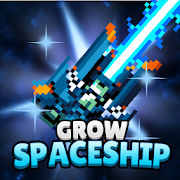 Playing Grow Spaceship VIP is one of the premium games you can get for free right now. But it’s the one that may make you feel nostalgic due to its resemblance to previous retro space shooting games on the NES and SNES back in the 80s and 90s. Unlike those games though, you can build a better spacecraft, strengthen and expand weapons to create a stronger fleet. The game features different kinds of ships each with their own unique weapons.

You can create interceptor ships alongside your ship to help you destroy the enemies. There’s no need for Wi-Fi or an active internet connection to play the game. It does cost $0.99/?70 if you want to play it. However, it’s absolutely free for the next 5 days.