Ever since the launch of Pokemon Go, people went crazy about it. The only motto that drives all those ambitious trainers "Gotta Catch 'em all."  In a short span, Pokemon GO has become the most downloaded app in Google Play Store breaking all previous numbers. In fact, it's one of a kind of game which made people move from their lazy couches to the streets. Well, there was an equal amount of mishaps with People losing their minds in the middle of freeways and public places. The Pokemon Go servers were under constant attack with millions of users throwing the Pokeballs furiously. The heat of the Pokemon Go is coming down slowly with time but people were much addicted to this kind of gaming. As much as you love Pokemon Go, there are some similar games based on geo-location which might steal your time. Here are some of our favorite Pokemon Go alternatives which have a similar gameplay but different themes and stories.

Ingress is developed by Niantic, the same company which is behind the development and success of Pokemon Go. Looking at the game titles from this mighty developer, it is clear that they want to hold the monopoly over augmented reality technology in future. Ingress is very much alike Pokemon Go, with similar augmented reality technology. It uses geolocation, maps, and GPS to make the game mesmerizing. In Ingress, you're an agent of one of two groups, Enlightened and the Resistance. Using your phone GPS, you need to navigate to locate foreign energy sources that may pose a threat or will help you in the course of time. It's an intense version of Pokemon Go where teamwork plays an important role. There is a built-in messaging system dedicated in the game to communicate with your peers. The overall experience feels completely different, although you might feel a bit familiar. You can download this intense and engaging game from Google Play Store link below: 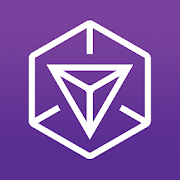 If you're into adventure games and treasure hunts, then there is nothing better than Geocaching. Supercharge your adventures with the official Geocaching app. There are millions of cleverly hidden geocaches scattered in more than 185 countries around the world. Your ultimate goal is to collect a number of geocaches. The game is user-friendly with detailed instructions and ciphered clues to make the game more interesting. The game is free but there is also a premium version which has a greater number of geocaches which are not available for other users. You can download the Geocaching game from below link: 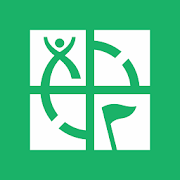 Sam and Dean Winchester might not always be around to catch those dreadful ghosts. So, you might want to learn and catch some virtual ghosts on your own. SpecTreck Light makes you walk down the streets to hunt dreadful ghosts lurking every hell hole. You need to use your phone camera to detect specters in your area, and when you see a target, tap the catch button. A ghost hunter always needs the plan to track down his ghosts. In this game, you can simply hold your phone flat to activate the map screen. You'll find the location of ghosts around you to catch. So, what's the delay, download the app from below link and hunt some ghosts. 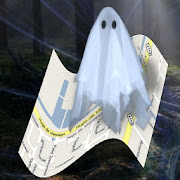 If you're too tired or lazy to move from the couch, you can play Warp Runner. It is an amazing augmented reality game which is not based on geolocation. So, you don't need to leave your comfort zone to taste some amazing AR graphics. The Warp Runner is a puzzle game that needs a flat surface. Simply point your phone camera at a flat surface to create an arena on your screen. In the arena, you must direct a little robot to its destination to complete the stage. Don't mistake this game for a simple game as it has some pretty difficult levels. The AR graphics alone can be amusing in this game. Download this puzzle game from below link. Try these amazing games and let us know which one is your favorite. You can also share any other awesome game titles in the comments section below.
Read Next 5 Best Heaviest Games for Android | 2019 Edition