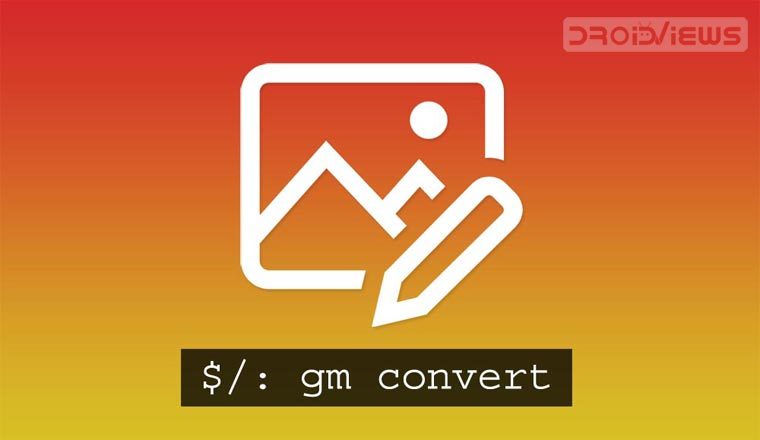 GraphicsMagick is a powerful command line tool for displaying, editing and converting raster and vector image files. Using GraphicsMagick, you can manipulate images on Android devices using command lines but you also need to install Termux app for that.

GraphicsMagick was forked from ImageMagick in 2002 and it tries to provide better resource handling and an easier API. It supports more than 200 different image formats and is currently used by the majority of professional websites for manipulating images for the Web.

GraphicsMagick can also run on Android and allows manipulation of image files in a resource-friendly way. It does not feature a GUI, so all image processing must be done through the command line. However, its usage is very simple and any user with some command line familiarity will quickly master its interface.

Things you can do with GraphicsMagick on Android:

Also read: How to Control Android Devices with Text Messages

How to Get GraphicsMagick on Android

Although GraphicsMagick has been successfully built as a native binary with the Android NDK, probably the easiest way to obtain it is through Termux. Termux is an advanced Terminal Emulator for Android which also features its own root file-system environment: Pre-built Linux binary packages can be downloaded and installed through a built-in package manager, just like on a traditional desktop GNU/Linux distribution. By installing GraphicsMagick through Termux, you will always have the latest version of this tool installed.

Before jumping into some examples, we should make a small introduction to GraphicsMagick’s command line interface. Generally, every GraphicsMagick command is given in the following form:

command can be one of the following:

Each of the above commands has its own list of options. Introducing all available options of each command is outside of the scope of this article. You can get all the available options as well as usage information for a specified command by entering the following in Termux:

will output extra information about ”

” command, as shown below. 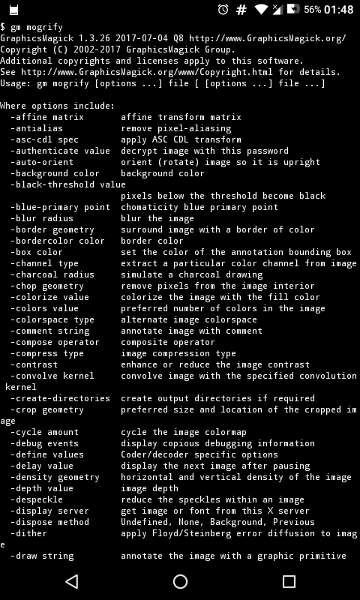 1. Create a montage of images

You can easily do this on GraphicsMagick using the montage command. On this example, we will create a composition of 4 different smartphone images with names: a.png, b.png, c.png and d.png. We will create a final image featuring two columns with two tiles each. Each of the tiles will have a white border of 2px width around it and the background color of the image will be lime. Furthermore, every tile will have a size of 60×60 pixels and spacing between tiles will be 10px. Here is the final command:

In the command above, -geometry sets the size of tiles and spacing between them. Other options are self-explanatory. Note that the command options always have a “-” before them. Also, keep in mind that the last parameter given is always the output filename. GraphicsMagick will automatically convert between image formats, depending on the input and output filename extensions. This is the output image of the above command: 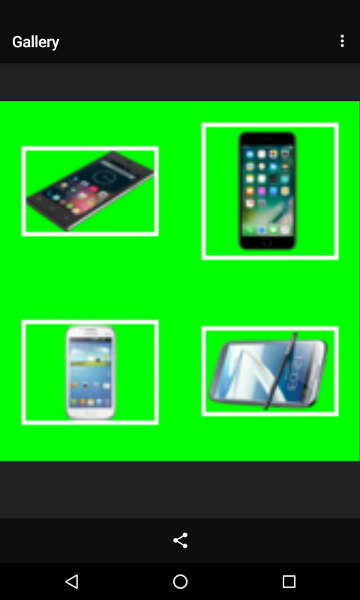 Rotating images is really easy with GraphicsMagick. The following command will rotate the image created in the previous example by 60 degrees clockwise:

The -background option makes sure the background of the image will get a fill with lime color after rotation. 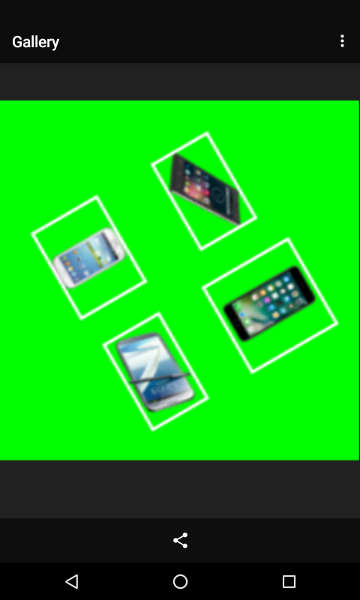 Don’t miss: PPI vs DPI: What Are They and What’s the Difference? 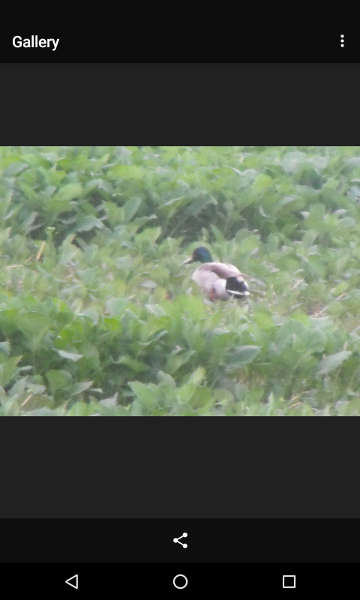 This photo was captured in an environment with high light and colors are incorrect. By applying the command

we get the following output: 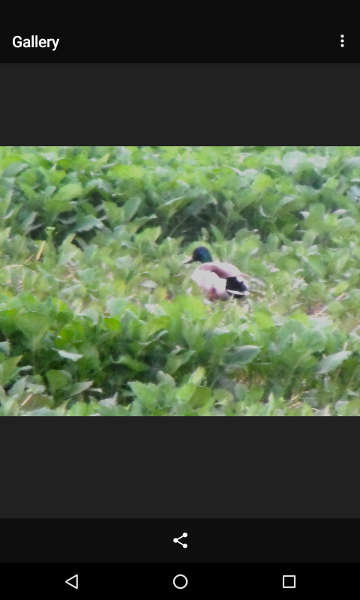 Let’s take a look at the previous command:

GraphicsMagick is a professional image manipulation tool. As soon as you master its command line interface, possibilities with it are endless. If you want to learn more about GraphicsMagick, you can visit its official site here.