Most of the manufacturers in the Android smartphone industry have either completely gotten rid of the physical keys to navigate your device or have moved to capacitive ones. Samsung also uses capacitive touch keys for the back key and recent screen button but they are stuck to the physical clickable home button. Some users who are new to Samsung devices may feel  that pressing a button is just troublesome for them and would like an alternative.

Well, you could use an application like Simple Control to use on-screen navigation button on your device. But what if you could turn your physical home button to a touch responsive one? Yes, can do that now by using the application eayHome for Samsung. 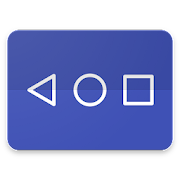 Android app developer Jawomo has developed an application for Samsung devices users that turns the home button on their device to a touch responsive one. Although this would only work on the devices those have a fingerprint sensor integrated with their home button. Given below is the list of supported devices:

To keep enjoying the features of this application, you must make sure the application is running in the background all the time. If you use any memory optimizing applications to clear your memory(RAM) then you should whitelist this application. Also, you may need to disable app optimization to make sure you have a seamless experience.

Do try out this application to turn your smartphone’s home button into a touch responsive one. Also, share your views about it in the comments section below.

How to Enable CSC Tweaks On Samsung Devices