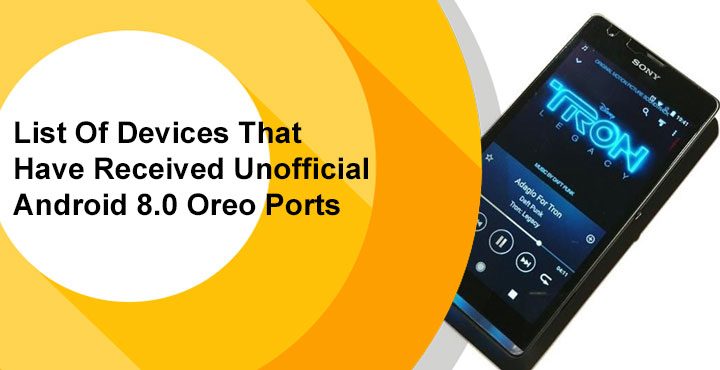 Android 8.0 Oreo has been out for more than a couple of weeks at this point. But considering the trend for updates on Android, it might be some time before it reaches your device if it does. Unless you have a Google Pixel, or the Nexus 5X or 6P, you’re probably in for a long wait. Quite a few OEMs are looking to upgrade their latest flagships by December 2017 but only time will tell which devices actually do get updated. OEMs are restricted by several factors, most of which are their own doing. However, the freelance developers that are a part of the XDA community are not. That is quite evident by the large number of devices that have already received some sort of an unofficial Android 8.0 Oreo port.

Surprisingly, these aren’t the latest and greatest flagship devices (well, except a few) but devices that would rather not see the Android Oreo update ever. Some of these have never been updated past Android 4.3 Jelly bean! The list below was compiled by XDA and isn’t actually a comprehensive list of all devices that have received Android Oreo ports. It’s still a rather large list though.

Keep in mind these are early works from enthusiast, non-paid developers, working with broken, often non-existent, official resources. Consequently, these are not all bug free ROMs but most of these will at the very least boot. So you can have that early taste of Android Oreo on a device that was never supposed to get an Oreo update.