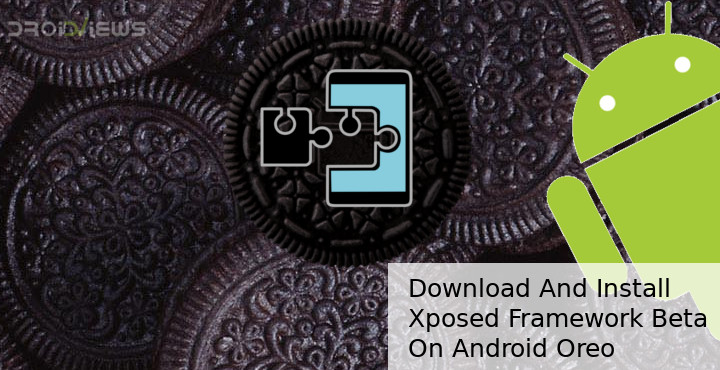 Isn’t it good to see the Xposed Framework back in action again? Since the launch of Android Nougat in 2016, there has been a big question mark about the future of Xposed Framework. To his credit, the developer, rovo89, did keep us up to date on the development from time to time. But months passed, and so did an entire year without an official, working Xposed Framework. It was sometime after the release of Android 8.0 Oreo that we finally had the good news, Xposed for Android Nougat was finally a reality. That still left one question though, if it took so long for Xposed to work with Nougat, will the story repeat for Android Oreo? Fortunately, it seems it won’t because Xposed Framework beta for Oreo is already here.

Not that there are many devices running Android Oreo right now. This is good news for those who are already rocking Oreo such as owners of the Google Pixel devices, Xperia XZ1 series and Samsung’s flagships among others. It is also good news for anyone whose devices will be updated in the near or far future, hopefully. Do keep in mind though that this is the very first build of Xposed Framework for Android Oreo. As such, it’s bound to have certain bugs that haven’t yet been discovered. This is why the developer treats this build as a beta and it’s recommended only for testers.

Things could crash, modules may not work, or worse some broken module might trap you in a bootloop. If you’re not someone who can get around these issues you should probably stay away. Although rovo89 assures that the build has been stable enough for him as a daily driver on his Google Pixel. Other developers seem to have tested it as well but you never know, you might or might not be as lucky. Try it at your own risk.

A bug that causes certain apps to crash from time to time has already been found by the developer himself. He says another beta update will fix the bug but that might or might not arrive soon. That’s because the root cause of this bug is yet to be found. If you’re still looking to test out this build, rovo89 recommends that you submit only reproducible bugs on the development thread. This means bugs like consistent app crashes and boot loops cause be certain actions or apps, etc so that you can tell the developer how to reproduce the bug so he can check it out.

How to install Xposed Framework beta on Android Oreo

The process to install Xposed has been the same since Android 5.0 Lollipop and things haven’t really changed this time either, fortunately. In any case, if you don’t know how here’s how: