How often do you wish to back up your hard earned apps, games, messages, contacts, and settings? Many of us root our phone and use an app like Apps 2 SD or Titanium Backup to secure our apps before flashing a stock or custom ROM. But these apps demand a rooted phone or tablet because they need root access to the system files. But what will you do if you have to back up your apps, games, or the complete device? Most of us would say, “Well, I don’t have an idea?”

With Android becoming the most used operating system for mobile phones and tablets today, billions of people own Android phones. According to a report published by Reuters, 2 phone users out of 100 understand their phone and can be called elite or advanced users who dare dive into such actions like rooting or flashing and are aware of the capabilities of their phone. Well, I cannot foretell to what sect you belong, but it a truth that most mobile phone users shirk from rooting their phone and prefer to go with the stock firmware.

The present tutorial aims at the majority of Android phone users. Here we shall talk about a very useful utility called the “Ultimate Backup Tool” developed by Gigadroid. lets you backup all data onto your PC, letting you restore it later. There is nothing new about a backup tool but the UBT is special in the sense that it is the ability to backup apps and data without root! The tool was tested by Gigadroid on a Galaxy Nexus and is said to work for an Android device running Android Ice Cream Sandwich and Jelly Bean. Thus, the Ultimate Backup Tool is a boon for those who wish to back up their device without rooting and unlocking the bootloader.

Must Read: How to Restore Deleted Apps on Android and Windows PC

I tested the Ultimate Backup Tool on my rooted Galaxy S3 and it worked just fine, but I can’t say that the tool actually works with all phones with no root or locked bootloader. The tool can not only backup your apps but lets you choose from various other operations such as unlock the bootloader, install drivers and CWM Recovery, and various others. It gives you five options to backup your phone:

The Ultimate Backup Tool is, in fact, a compilation of various ADB commands that performs your desired action when you type a number (digit) assigned to a particular job.

I successfully backed up and restored by Galaxy S3. What about you? Share with us! 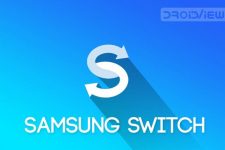 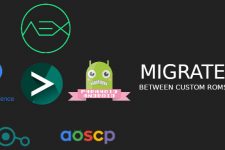 Migrate Between Custom ROMs Easily with This New App 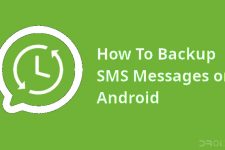 How to Backup Text Messages on Android