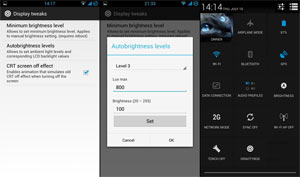 Android is built to give us the freedom to customize the look and performance to our requirements and preferences, and this amazing capability shows it face only when you have a rooted phone or tablet. There was time when we were forced to install custom ROMs and mods to be able to theme and enhance performance on your Android, but during the past few months, our developers have come with a new way that makes customization a lot easier. You do not need to go for a custom ROM or look toward someone to release a mod so that you might get a particular feature.

Custom frameworks like JKay, 3Minit and Xposed have made things a lot convenient and flexible. During the last few weeks, we talked about the Xposed Framework by XDA member rovo89, which is versatile and powerful tool to achieve ultimate customization with the help of modules developed by various other developers. These modules help you customize your Android device in a number of ways like installing icon packs on stock launcher, theme the device, edit system text, personalize statusbar and notification panel, adding new features and so on.

Today, we are here with another awesome Xposed module called GravityBox which have been compiled by C3C076. The module was originally developed to fix some other bugs found on AOSP based ROM, but the developer later extended its functionally by adding the potential to do various customization and tweaking tasks.

Thus the module not only fixes the bugs it was originally intended for, but will also allow you enjoy some more cool features like Pie Control as seen on ParanoidAndroid and other ROMs and the ones listed below: 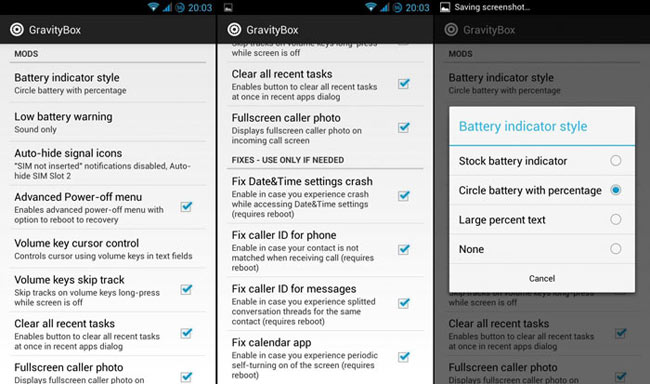 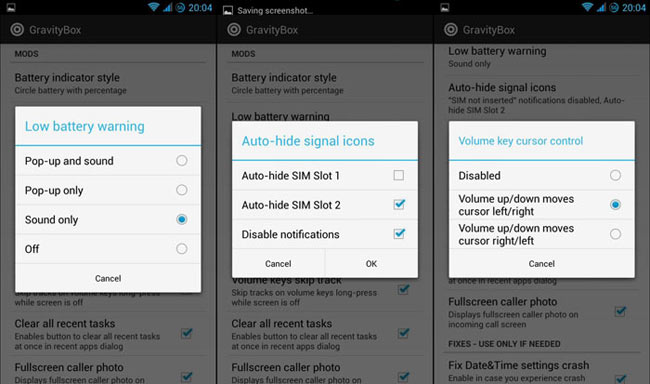 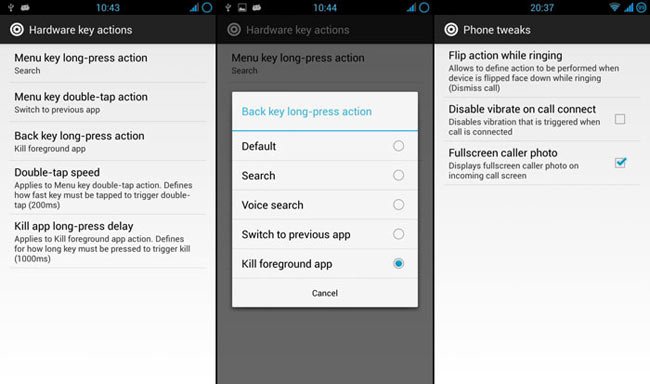 If your device meets the above requirements, you can download the GravityBox Xposed module from the official thread or from the link below and install it like any normal APK file.

For ICS and JellyBean: GravityBox.apk

Remember, after installing GravityBox on your device, you will have to select it in the Xposed Framework app first. To know more about Xposed Framework and instructions to use it, do not forget to read this tutorial.