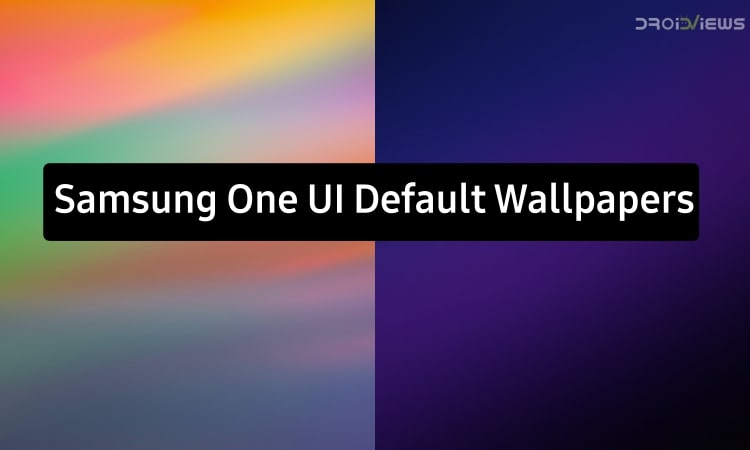 You can download Samsung One UI default or stock home and lock screen wallpapers from below in Full HD+ quality and 1080 x 2280 px resolution with 19:9 aspect ratio.

Samsung recently made a whole lot of interesting announcements at its Samsung Developer Conference last month. One of the most interesting announcements at this conference by Samsung was the future of Samsung Experience UI. Samsung Experience UI is itself a revamped version of the famous TouchWiz UI included on all Samsung devices. Now, the company has announced One UI which will be included in all the future Samsung devices. Samsung has already released the One UI Beta program for everyone to have a taste of things to come in the future.

As far as One UI is concerned, it is Samsung’s attempt to make things simpler and easier to use. Among all the improvements in One UI, the most noticeable change is the separation of viewing and interaction areas. On Samsung One UI, you will find that the screen is divided into two parts. The top half of your screen will be the viewing area whereas the bottom-half will be the interaction area. This means that it will be easier for you to use your phone one-handed even with taller screens. The focus from Samsung for One UI has been on showing what really matters on the screen and eliminating the distractions

You will notice that all the headlines that we need to focus on are highlighted. This means that the screen looks minimalistic and we get all the needed information as well. Along with that, Samsung has finally bundled a system-wide dark mode with One UI too. This is also one of the features included in OneUI focused on user convenience. Apart from that, you will now see rounded corners for every element on One UI similar to Android Pie. Samsung One UI Beta program is currently available for the Galaxy S9/S9+ and the Note 9, you can read all about how to enroll your device in this beta program from here.

In addition to that, you can also grab the zip file from the Google Drive link attached below. Currently, there are only 2 default wallpapers in this folder but we will make sure to add more wallpapers as soon as they are available to us.