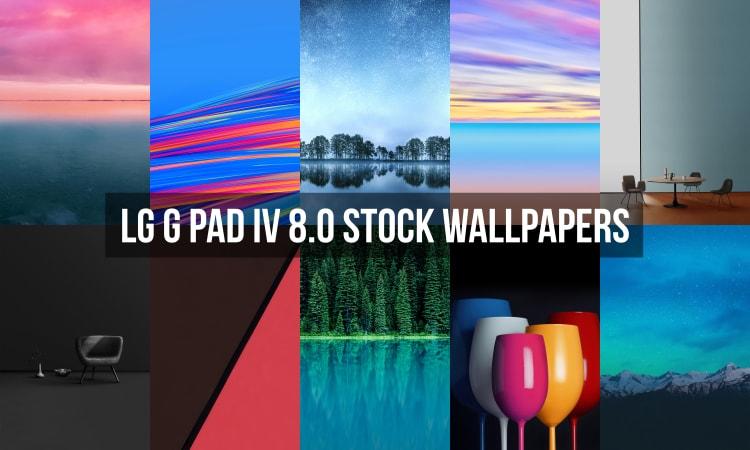 LG launched the latest LG G Pad tablet from the company which has been powered by Android and has been named as the LG G Pad IV 8.0. Now, this device was launched by the company last year and has been available in all the markets worldwide.

Looking at the specifications of the LG G Pad IV 8.0, the device comes with an 8.00-inch display with a resolution of 1200 pixels by 1920 pixels. The LG G Pad IV 8.0 comes with a Qualcomm Snapdragon 435 processor along with a 2GB of RAM and 32GB of internal storage which can be further expanded up to 2TB via a microSD card.

Now, we have also known that every new Android smartphones and tablet devices launched across all the various manufacturers around the world come with Stock or Default Wallpapers that are bundled inside the smartphone and are exclusively found on that particular device. Therefore, the LG G Pad IV 8.0 tablet also comes with 10 Stock Wallpapers bundled by LG.

All of the Stock Wallpapers from the LG G Pad IV 8.0 have been included by us below so that you can directly look at these wallpapers. Also, if you like the wallpapers and want to have them as your default wallpapers then you can save them to your device. Other than that, you can also download the zip files that have been attached to the Download Links section below that contain the wallpapers from this device in original quality.

We got the Internet’s biggest collection of stock wallpapers at DroidViews. Don’t forget to browse our Wallpaper Section!