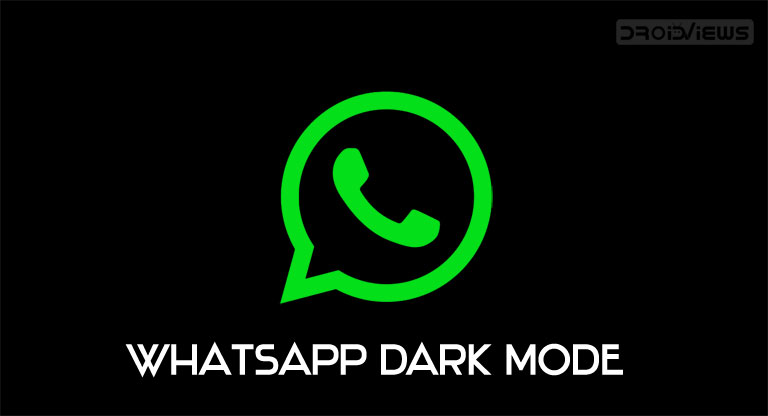 No one can deny the fact that WhatsApp is continuously evolving with the addition of new features. All these features first show up in the beta version (for beta testers) before moving over to the stable one. Recently we covered a comprehensive guide on how WhatsApp has introduced the ability to share WhatsApp status to Facebook. This comes along the line of rebranding WhatsApp to WhatsApp from Facebook and the subsequent addition of fingerprint unlock. But there is one feature that eager fans have been pleading with the instant messaging giant. As you might have guessed, we are talking about the Dark Mode feature in WhatsApp.

Although, it hasn’t yet been officially released, yet it is finally showing some glimpse of what it may look like in the near future. Read more about it below. On the other hand, if you wish to turn off your friend’s annoying WhatsApp statuses, see how to disable the WhatsApp status feature. 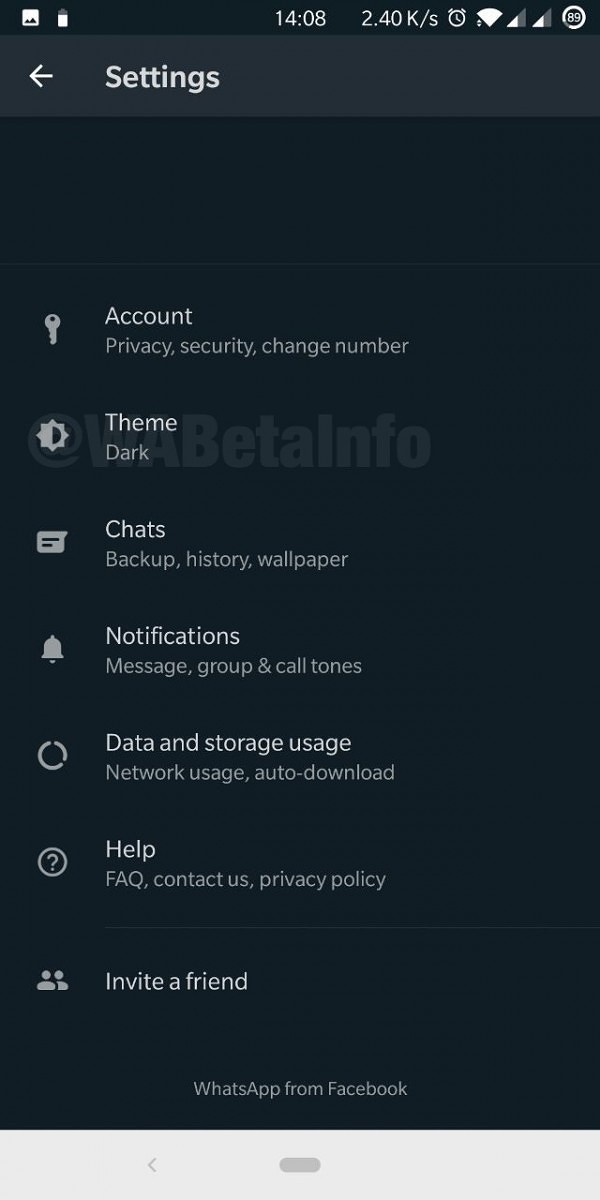 The leaks come straight from WABetaInfo. It is a pretty reliable source of WhatsApp leaks which more often than not turns out to be true. But still, take this with a pinch of salt. Although the feature is anything but confirmed, the same cannot be said about the availability of this feature. As could be seen from the screenshots, the dark mode feature in WhatsApp could be found under the Settings menu. 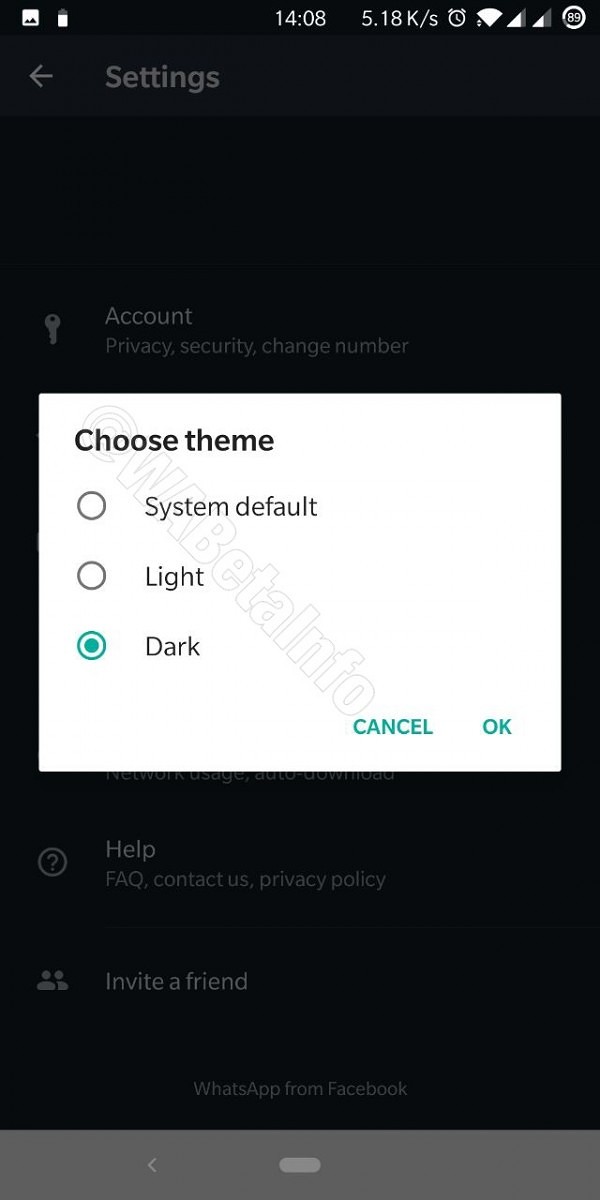 Three options are visible: System Default, Light and Dark. Although the last two are self-explanatory, here is something regarding the first option. The System Default option will come in handy when your device’s theme is based on the time of the day. So as soon the device’s theme adopts the dark mode, WhatsApp will follow the same. One thing worth noticing is that the theme is not exactly black (that Instagram has adopted), but is more along the lines of dark blue color.

The team at WABetaInfo was able to get the Dark Mode on WhatsApp Beta v-2.19.282. But they have explicitly mentioned that this feature wouldn’t be available to anyone, even if you install the above WhatsApp APK. So, you’ll have to wait until it lands on the beta stage. As soon as it does, this guide will get updated. So keep checking this space on a regular basis. 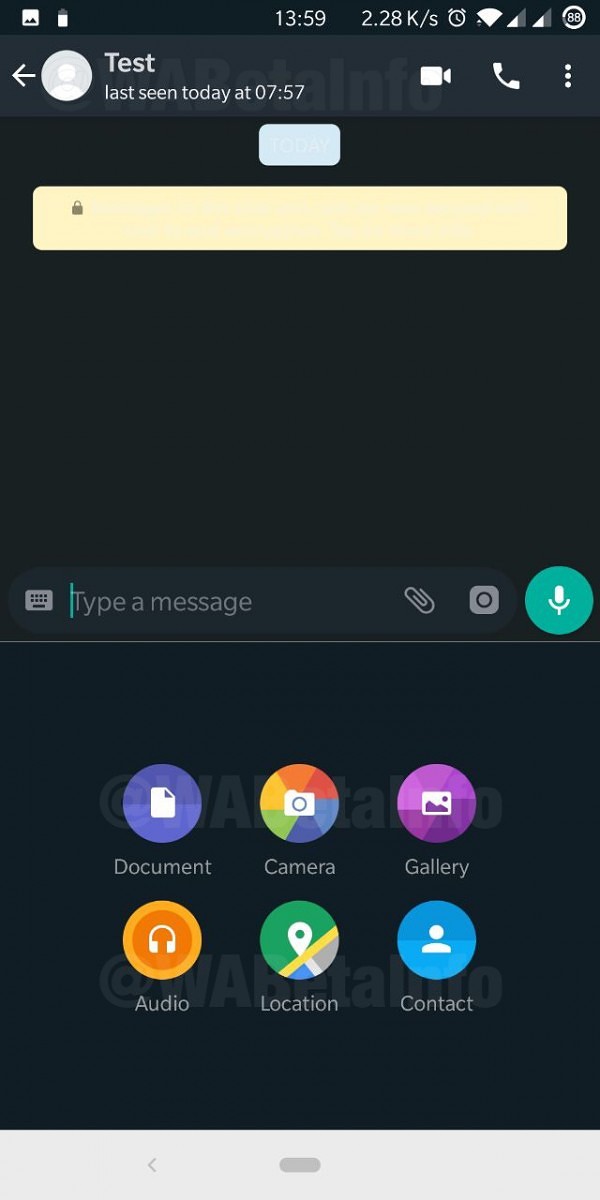 Even in the screenshots, you could clearly see a lot of work needs to be done before it even reaches the beta testers. For example, consider the yellow text box, which contains information regarding the end to end encryption, is barely visible. So the texts don’t seem to blend too well with the dark mode of WhatsApp.

Moreover, in the same update, WhatsApp also seems to have increased the disappearing messages time interval. Earlier it had just 5 seconds and 1 hour. Now it also contains 1 day, 7 days and 30 days. But as with the Dark Mode update, this isn’t available even for the beta testers yet. 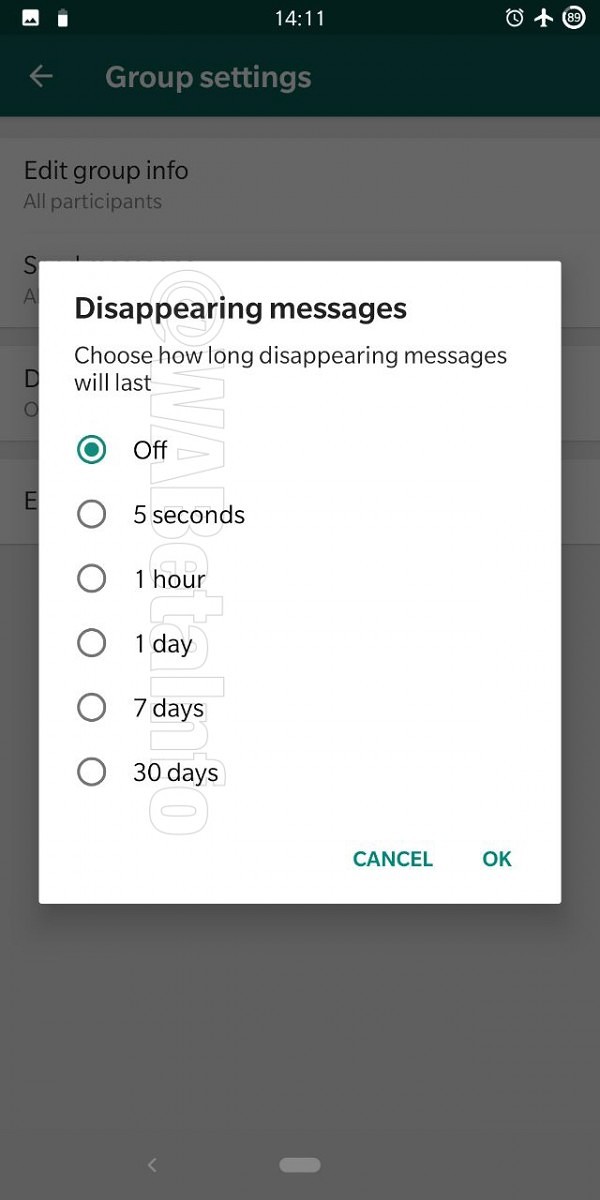 Now that the Dark Mode in WhatsApp is finally showing some signs of life, we hope the feature is just around the corners. Fingers crossed, until then.

Read next: How to Enable and Use Gmail Confidential Mode