What’s new in Chrome for Android? 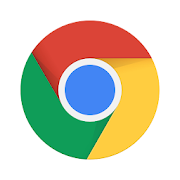 The new update for Chrome is dated 26, Feb 2013 and labelled version 25.0.1364.122 As per the Google Play Store page, this new version of Chrome Beta has acquired a bunch of Stability and Performance fixes. But, as per the Google Chrome Blog, there are three specific fixes viz:

One can simply observe the current release and conclude that the Chrome for Android App has been given a soft push, while fixes are now being applied to the Chrome Beta. Why wait? Update now! Hit the download box or scan the QR code. Once Installed, please take out some time to give a little feedback if you have experienced something really