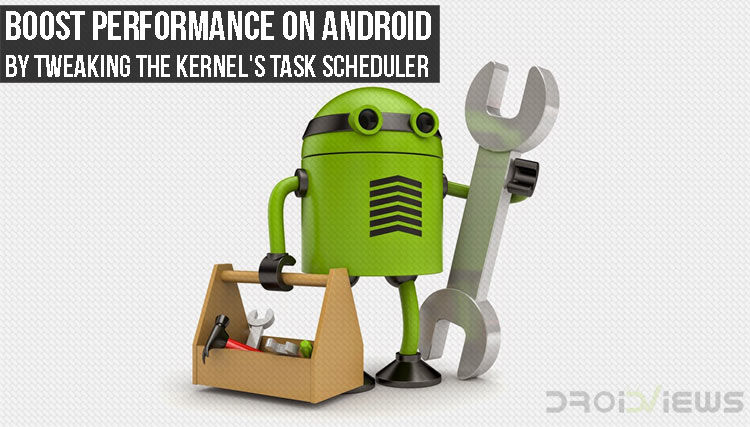 It is widely known that Android is an Operating System with much room for custom configuration. This is in part due to the usage of the Linux kernel at its core. Today, we are going to discuss the configuration of one of the lowest-level parts of Android’s kernel: its Task Scheduler. With the right Task Scheduler configuration, you can boost performance on Android. Keep reading to find out how you can tweak your device for highest performance.

But What Exactly is a Kernel’s Task Scheduler?

A system’s Task Scheduler is responsible for distributing CPUs among a large number of running tasks. It does that by giving each task some run time on the CPU and swapping it out with another one on specific time intervals. In general, there are two types of task scheduling: preemptive scheduling and cooperative scheduling.

Android runs on top of Linux, which is a preemptive kernel. Task scheduler is triggered at a hard-coded, constant interval, the scheduling interval. This is usually every 10 milliseconds on Android devices. When the scheduler runs, it decides whether the running task should be preempted or not, and which task from those waiting to run should take its place on the CPU. Since version 2.6.23, Linux kernel uses a highly sophisticated task scheduler, the Completely Fair Scheduler (CFS). CFS tries to give every task a fair amount of run time on the CPU based on several factors, including task weight and priority. This scheduler’s algorithm is quite complex to understand. That is why there is a relatively small number of kernel developers that contribute to its development.

Despite its complexity, CFS scheduler offers some configuration options. Tweaking these options could highly affect system performance. Traditionally, the sysctl command line tool is used for examining and changing kernel parameters at runtime, including scheduler parameters. We are going to use this tool in our guide since it comes pre-installed on most Androids out there. But first, we need to do a small introduction to it:

How to Use Sysctl

Read below for more sysctl usage examples. Keep in mind that changes do not survive a reboot. You can use an init.d script to apply any needed changes at boot time. Lastly, make sure that you run sysctl commands with root privileges. You can get root privileges in a Terminal App by giving the following command:

Don’t miss: Past and Future of the Linux Kernel on Mobile Devices

Following examples are provided as a reference for more experimentation. They follow some simple rules depending to the workload they are designed for, but they are not guaranteed to have the same results on all Android devices.

Must read: Everything You Need to Know about Malware on Android

Games are demanding applications that make heavy utilization of the CPU. Giving them higher run time on the CPU might help reduce hangs and sound artifacts. Most games typically run several code execution threats in the background. Letting these threats run as soon as possible might be beneficial. Tunable scaling is set to off, to make sure kernel.scheduler_latency_ns remains constant.

Most multicore Android devices use a CPU hotplug daemon which turns CPUs on or off depending on the system load. The kernel scheduler does a great job adjusting its latency depending on the number of available CPUs. As mentioned above, this feature is provided through the kernel.sched_tunable_scaling parameter. Furthermore, high device responsiveness generally needs low scheduling latencies. We can help keep latencies low by reducing the tasks minimum run time.

Task Scheduler can greatly affect battery consumption. A high rate of task swapping on the CPU will introduce some scheduler-related workload on the system. This might increase battery consumption. However, a very low rate of task swapping (very high minimum granularity and/or latency values) will severely decrease responsiveness. The magic recipe lies somewhere in the middle. To minimize scheduler-related workload, tunable scaling is disabled.

We have covered the most important configuration parameters of the Linux Task Scheduler. Stay tuned for the second part of this guide, in which we will discuss how to enable or disable some special Task Scheduler features. If you decide to tweak your scheduler’s parameters and get some good results, share your results with us in the comments section below! 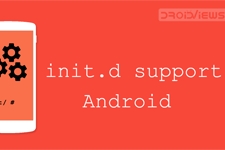