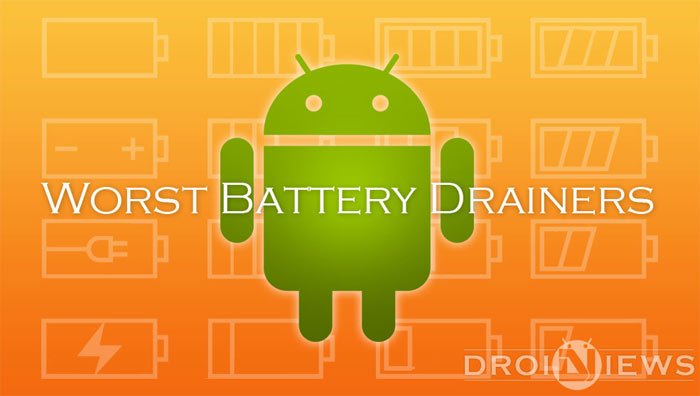 Has your battery life become a burden? Is a full charge not lasting as long as it used to? Are you constantly picking up your phone and wondering where your battery life is escaping to? Perhaps it’s time to sift through your apps and see how many of them aren’t actually quite as innocent as you thought.

Well-known antivirus AVG has taken it upon themselves to perform research on commonly used Android apps and to compile a list of those that are the most detrimental to battery life, performance and storage. Anonymous data was collected from users of AVG Android and statistics were drawn up based on apps which exceeded a million downloads from the Play Store.

Some of the biggest battery hogs which run at start-up include pre-installed apps that come with your device. Galaxy owners won’t be very impressed to hear that 3 out of AVG’s top 5 belong to Korean company Samsung. These include AllShareCast Dongle, ChatON Voice & Video Chat and Samsung WatchON Tablets, however among these are also the likes of Facebook and Path. Here’s what the full list of Start-up hogs looks like.

AVG also considered the most performance-demanding apps and drew up a separate top 10 just for them, but we do see some common culprits here.

Games are also a common battery killer as they use more processing power, but most users are aware of this. AVG classified games separately from other apps and this time game developer King takes the spot for the most entries holding 4 of the top 10 spots while the other 6 spots are taken up by various well known titles.

The last category that AVG specified was for apps which consumed excessive storage space, with the highest ranked being NY Times – Breaking News.

Those are the 4 sets of top ten’s that AVG compiled and remember these findings from AVG might not match your own experience, but it’s nice to have an idea of possible “battery drainers” that you want to steer clear of. It’s more than likely that there are a number of other apps which have a high demand of resources which don’t appear here. Also, some of the apps that are here may perform in a less resource hungry manner on your device, this is because all devices are different and each user will have different experiences and usage patterns. What are some of the battery hungry and performance draining apps that you’ve come across which you feel should be mentioned?