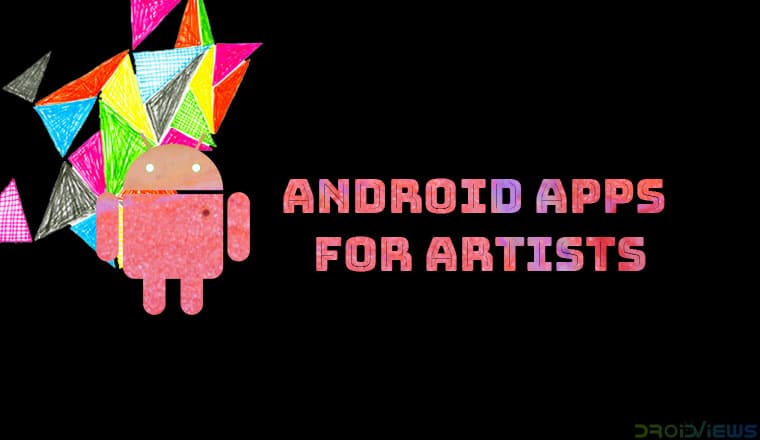 Today we take a look at five of the best Android apps for artists, not necessarily creators. There are many kinds of artists, but the ones we will focus on here are those who draw art.

Smartphones have really caught our imaginations, especially developers. There are so many apps on the two major app stores of the two major mobile operating systems that you can do anything, figuratively. From time-killing activities like watching movies, listening to music, playing games to capturing your important moments, navigating your way around, emails, documents, the list is pretty long.

Another aspect that smartphone apps have been able to take advantage of is the touch screen. An example of that would be drawing apps. The let you draw with your hand (or a pen if you’re a serious artist) onto your screen. This digital art can easily be shared with the world or your friends.

Before you proceed to try our suggestions for the best apps for artists, you should also take a look at Simple Mobile Tools apps if you love minimal and lightweight apps that save space and data on your Android.

When it comes to creating apps for creators, there is perhaps not another name as popular as Adobe. Adobe Illustrator Draw is another such app in their suite, focusing on artists.

It features layer support, five different pen tips with various customizations, and up to 64x zoom. That kind of zoom can really help you apply really fine details to your work, much important for those serious artists. The created art can be exported to your device, to your desktop or shared anywhere you want.

Being an Adobe app, it also integrates well with other Adobe apps such as Adobe Capture CC where you can import designs from.

Well, you can really create awesome things using these apps, but don’t forget to check out Swift Installer that can make your Android device’s interface look amazing.

Sketchbook has been around for a while as the favorite amongst the Android apps for artists. It features a set of ten brushes which can be customized as per your needs.

Moreover, it supports up to three layers, six blending modes, and a 2500% zoom to apply those finer details. The app also supports simulated pressure sensitivity which means you can broaden a stroke by long pressing. Compared to the app above that may not have sounded very impressive but that’s only the free stuff.

Pro users have access to all of that plus a hundred different types of brushes. There is support for more layers, more blending options, and a plethora of other tools. Recent updates have removed the differentiation though and you get all those Pro features for free. You still will have to create an Autodesk account after a 7-day free trial, however.

ArtFlow is one of those in-depth Android apps for artists which means you can use it for professional work. It contains about 70 brush, smudge and other tools to do the job. Both layers and layer blending are supported by the app. Your creations can be exported to JPEG, PNG, or even PSD which means you can easily import it to Photoshop. There is also support for Nvidia’s DirectStylus if you use an Nvidia device. The number of features you get depends on how much you are willing to pay.

OEM apps are seldom a favorite of users or just even comparable to the other options out there. Sony is different though because some of its apps are very much in demand. Sketch by Sony is not as much in demand because not everyone is an artist. But it is one of those Sony apps that are available on the Play Store for all Android devices.

The app supports layers, various brush types, a color picker, cropping, panning, undo, redo, and a lot more. There is no requirement to log in or create an account either but you can do that if you’d like your work to be synced across devices.

You don’t even necessarily need a Sony account for that. Signing in also gives you access to a community of artists that use the app. Although Sketch is a pretty decent app, it isn’t for the professional artists but more for those who do it for fun. Apart from some cheap in-app purchases, the app is completely free.

RoughAnimator is not a cheap app but it might just be worth it. Instead of still images, it lets you create animated drawings. You can draw your animation frame by frame and then stitch it all together to create your own animation.

The drawing tools aren’t nearly as advanced as you’d get from Sketchbook because the app’s focus is also on the animation part. It does cover all of the basics for drawing and then you can control the frame rate and resolution of the animation. Created animation can be shared as a GIF, video or as an image sequence.