Unlike iOS, Android is designed to work on a variety of different hardware. This does not happen by magic, of course. Support for so many different hardware components and combinations requires specific code. That is why Android requires more RAM than iOS and not because it isn’t as efficient. Still, even heavily skinned versions of Android such as MIUI do manage to deliver some decent performances even on a device with 2GB of RAM. But if you managed to buy a device with yet lower specs, you might want to check out the light-weight Go apps from Google.

It is a well-known fact among the power users, the custom ROM developers, and users, that on its own, stock Android might just work very well even on a device with a single gigabyte of RAM. Problems start when the GApps package is flashed which not only hogs up on the storage space but also the RAM. Google has probably taken notice finally, which is why it is ramping up all of its apps for Android Go. For the uninitiated, Android Go is a Google initiative, like Android One was, to provide a better user experience to Android users with very low-end devices.

It’s different from Android One in the fact that it doesn’t force OEMs to ship their devices with stock builds of Android. Rather, Google now provides a version of Android to the OEMs tailor-made for low-end devices. A light-weight version of Android you could say, named Android Go. Google has been slowly releasing Go versions of its existing apps on the Play Store, possibly getting things ready before the first Android Go phone is launched. Here are all the light-weight go apps from Google so far. 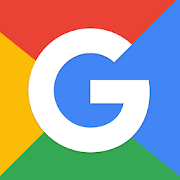 It makes sense to start the Go apps list off with the Go version of the Google app itself. That is certainly not how Google began though but this isn’t a chronologically ordered list. Google Go is a refreshed version of Google Search Lite and it is incredibly fast compared to the traditional Google app. It doesn’t give you cards or anything but it simply lays out its functions on the main page as icons. Not only is the app for people on low-end devices but also for those with slower connections or simply new to the platform.

Must read: List of 70 OK Google Commands for Google Assistant and Google Now 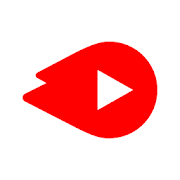 YouTube is the second largest search engine in the world only behind Google. It was the first Go app that Google released, and if I remember correctly, it was even before the announcement of Android Go. You may have noticed that YouTube on the web now shows a preview of videos when you hover the mouse over on the thumbnail. That’s a feature that came out of YouTube Go. The YouTube Android app won’t let you do it but YouTube Go would. This helps save your precious data. Before playing the video you can also select whether you want to watch or download it in basic, standard or high quality. 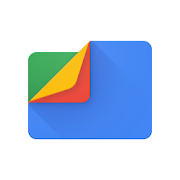 Files by Google: Clean up space on your phone

Files Go isn’t your traditional file explorer app in that it doesn’t really let you browse for any file you want. It categorizes your files into certain categories such as Images, Videos, Documents, etc. and if a file doesn’t fit any of these categories you need another file explorer to find it. But Files Go, like the Google app, isn’t aimed at such users who dive into their device’s file system. Most people who have a low-end device, have it because they only want to use WhatsApp or watch YouTube, etc. 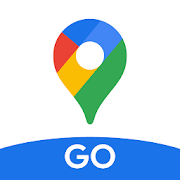 It is relatively one of the newest of the Go apps and doesn’t seem to be available for everyone. But from what you can probably guess, its a lighter version of the Google Maps app, optimized to work on slower unreliable connections. It still includes all the useful navigation features from Google Maps as well as traffic updates. 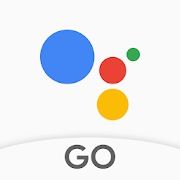 Also read: Google Assistant Shortcuts – Everything You Need To Know

Google Assistant Go is also one of the latest Go apps to arrive. The original Google Assistant app was simply another shortcut to launch the already installed Google Assistant. The Assistant is actually bundled with the Google search app instead. The Go version isn’t just a shortcut but brings a light-weight version of the assistant to your phone. Like Maps Go, this isn’t available everywhere yet.

Read Next 20 Google Maps Tips and Tricks and Hidden Features