If you follow us you are most probably aware by now about the regular app sales Google hosts on the Play Store. Every day, there are many apps and games that are made available for free while many see drastic price cuts. All of this is rather temporary in most cases. We’ve been bringing you what we think are some of the best apps, games or icon packs from this crowd of on-sale apps. We’re back this time with some paid customization apps that you should try. All of these apps (and the game) are available for free right now on the Google Play Store but they won’t be for long. You’ll not like all of these or may not like either of these. Still, it won’t hurt to give them a try considering the following 5 free customization apps which are free for the time being.

If you’re a space nerd you know that there aren’t many if any, good space themed live wallpapers out there. At least not for free. Planet X 3D Live Wallpaper isn’t that polished space-themed wallpaper app you were looking for either, sadly. But it is free for 5 days from now after which it will go back to its original cost which is $0.99. The cost, it does not deserve by the way, but for free it’s not a bad deal if you’re into space live wallpapers. There are many settings to play around with such as 5 different kinds of planets to choose from, moons, geysers, their orbits, etc.

While we’re onto Live wallpapers that don’t deserve their price tag, let’s look at another one. Color Flow 3D Live Wallpaper is also absolutely free for the next 5 days. Its original cost is the same as Planet X which is $0.99. That’s not surprising considering both the wallpapers are from the same developers. Color Flow actually looks nice on the home screen but we cannot guarantee it won’t suck on your battery.

The development on Zooper Widget Pro may have stopped a while ago but the app still has a large and loyal fan base and third-party developer support. Mech-X for Zooper Widget Pro boasts of over 73 custom widget skins that are made with around the theme “Luxury. Style, Finesse. Passion“. It originally costs $0.99 but is free for the next 4 days. If you use Zooper Widget Pro you should definitely give this a try.

Zoro Icon Pack features more than 1150 icons with a Full HD 192 x 192px resolution. The icons are made with a flat design with an inward border shadow which gives them a ball-like appearance. In case you do come across an unsupported app icon, the icon pack supports icon masking. Depending on the icon in question, the masked icon can’t be told apart from the rest, or it can be. This icon pack is usually available for $0.99 (₹45) but is free for the next 5 days.

Oreny – Icon Pack boasts of over 1350 full HD 192×192 icons. These icons have a squircle shape popularized by Samsung’s original themes for their Galaxy flagship devices. Samsung’s influence is seen on the actual icons inside the squircle masking which is transparent itself but for a visible border. The clever use of lightning gives these icons a bubble-like look and feel if bubbles were a mixture of square and circle in shape. Oreny is available for free for the next 4 days after which it will cost $0.99.

You may also like: Create Your Own Icon Packs with Icon Pack Mixer 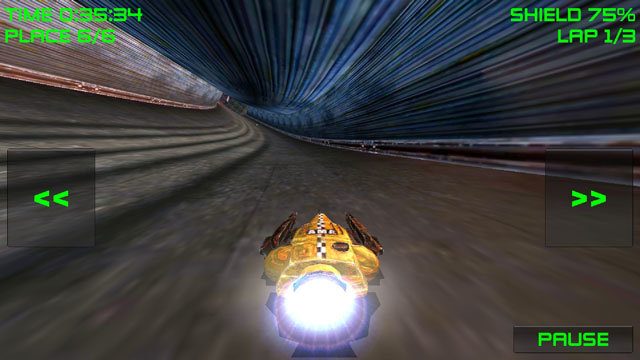 AceSpeeder3 is not the most polished game you’ve played. The graphics aren’t very impressive either. But AceSpeeder3 is a fun game and you should definitely try it out if you measure a game by its fun quotient rather than appearance. It has three modes, 10 unique vehicles or machines, and 35 different courses. It’s free for the next 5 days after which it will cost $0.99 like every other app on this list. While it is a fun game it isn’t something you’d want to buy with actual money.