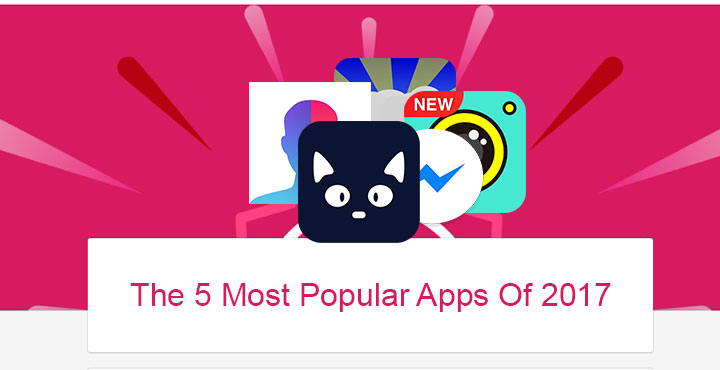 If you’ve somehow missed this yearly event before, Google announces the best apps for each year as we get closer to the year-end. Continuing this annual tradition, the Android-maker has announced the contenders for this year’s top prize. These include the most popular apps, games, music, movies, and books on Google Play India in 2017. The company has similarly created a global list as well. Regardless of the region though, this year’s best app seems to be Socratic – Math Answers and Homework Help. But the Play Store is home to so many apps so of course, there are also categories such as the most entertaining or the most popular Android apps.

The list of apps differs somewhat depending on your location. But there are a few apps that have made it onto more than one “most popular apps” list. I did a look around and while it’s not exactly a scientific research, here are the most popular Android apps of 2017 globally. At least, according to me.

Photo Editor is apparently quite popular in many countries. The list is extensive but interestingly, the app is not so popular in the United Kingdom. But then the UK does have quite a unique list of popular apps that just aren’t popular elsewhere. This app though has over 10 million downloads and enjoys a pretty decent 4.2 overall rating from 153,419 users as of now.

Transform your face using Artificial Intelligence with just one tap!

This is the only app so popular that it even made it onto the popular apps list in the UK apart from breaking into the list in Australia, Canada, France, Germany, Spain and quite a lot of others actually. This one too has over 10 million downloads and the amazing 4.4 ratings from 241,728 users speaks for itself. The app took a while arriving on Android but now that its here it has enjoyed the same success as it did on iOS.

With Messenger Lite, you can:

Messenger Lite was not available everywhere before 2017 but now that it is, it has become an instant hit. Not just in countries that the app was targeted to like India but also in more developed countries like Australia, Germany, France, Spain, etc. With over 50 million downloads the app has a happy 4.4 rating from some very satisfied users. About 627,758 of them to be exact.

What The Forecast is a weather app if you hadn’t already figured that out. It does not boast of 10 million or 50 million downloads but it does manage to break into the “most popular apps” lists in several different countries like USA, Canada, and France and possibly others as well. It is not aesthetically the most pleasing weather app but the forecasts are quite creative forecasts. Kudos for the name too. If you have to have a weather app this is the app you should have. The app has over only a million downloads for some reason (What is wrong with people?!!) but it does enjoy a 4.3 rating from 4,123 of its users.

[googleplay url=”https://play.google.com/store/apps/details?id=com.science.yarnapp”/]
Every Yarn story is told as a short text message conversations as if you were watching someone else’s text messages. Whether it be hypothetical conversations between two of your favorite celebs, a frantic group chat after accidentally liking an ex’s photo on Instagram or those suspenseful mysteries you just can’t get enough of… Yarn lets you tap through it all!

Yarn Chat Fiction has a more modern, 21st century take on storytelling. Instead of long boring paragraphs, you get to snoop in on other people’s texts. You’ve probably come across similar memes on social media. Unfortunately, though you’ll have to pay if you want to get any kind of fun out of it. This is probably why the app merely has a 3.2 rating from 23,712 users. It was downloaded more than a million times.