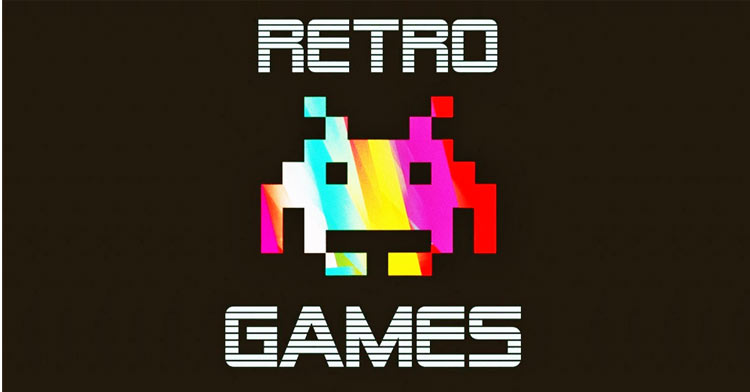 787898! Remember this cheat code we all applied to one of the most popular games of the pre-Android generation? This code used to make the ball from the bounce game unbreakable. I sure as hell used this a lot and knowing this trick earlier used to be something you can boast about. Nowadays even though there are thousands or even millions of games on PlayStore. Very few Android games tend to be as popular as retro games like Bounce, Dave and many more.

Retro games have been remade for Android devices but again there are hundreds of same applications to choose from. Some of them are just bad knock-offs whereas some of them have a shameful number of ads. Today, we bring you a clean list of Retro games you should be playing on your Android devices.

Retro games may be small in terms of file size, but they pack a wallop as they play just like the originals regardless of whether using internal or external game controls. Hop across a busy highway in Frogger, eat the dots before the ghosts get you, or stack bricks before the screen fills up, ending the game. Following are the 4 retro games that don’t need a quarter for an extra life or a new game when you lose.

Back in the early 2000s, everyone used to get Nokia smartphones as their first device. I’m sure you remember the series 40 handsets of Nokia with a small screen and a huge T9 keyboard. It was one of my first phones and the bounce game was literally all I could ever play on my device.

The legendary bounce game has been remade by a bunch of developers. It has a similar look and feels as well as the levels are replicas of the real game. I thoroughly enjoyed playing this game playing again my device. The controls are super simple with two arrows on the left side and the jump icon on the right. I personally completed the entire game in one go and to my surprise this game also has its own levels which you can play.

This is not the smartphone game but a very popular computer game. Just like bounce even this is one of the first few games which you might have played on your old school PC. I personally loved this game but I was never able to complete the entire game. It was fun, it was 8-bit and the sound effects perfected created the entire package which most of the people won’t forget.

This game has been redeveloped for Android and has been aptly named as Retro Dangerous Dave. The objective of each level is to get a trophy and go through the door. You can also collect a bounty of items with different points along the way. I thought this would be the perfect time to finally see what lies beyond level 5 but unfortunately, the game on Android is equally hard. I have been struggling to cross-level 5 on this game, feel free to tweet us the screenshot of what other levels look like on twitter if you manage to cross it.

Tetris is arguably one of the most popular games on planet Earth. It has been so popular since the early 1990s and it still has its own community where people play it today with the same enthusiasm. This game was first launched on the Gameboy. Within the next few years, it was picked up by every other gaming console. It was available on PC, video game, Gameboy, Symbion phones, and every other possible OS you can think of.

This game has the most number of replica’s on Android compared to the other two games I have mentioned. I personally love the game named “Falling Lightblocks Classic Brick with Multiplayer”. Although the game is in black and white without the vibrant colors which you must have had in mind. I personally love this game because it is ad-free. The game also has a number of different game modes choose from. 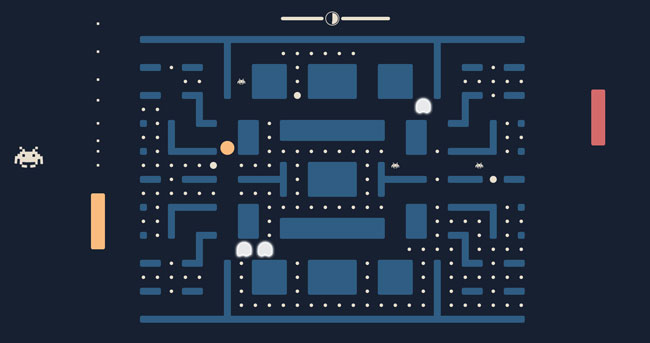 The game by Bandai Namco started the 8-bit revolution with its distinctive “wakka wakka wakka” noise as the yellow circle missing a slice, also known as Pacman, sped around the screen. Players need to avoid the ghosts who are bent on destroying Pacman and preventing him from clearing the dots. The basic premise of Pacman is simple: players try to clear all the dots to advance to the next screen. The ghosts get faster and faster on each screen, but so does Pacman. It’s a race to the finish with Pacman having only one defense to turn the ghosts into vulnerable edibles.

The Pacman app comes with the classic gameplay for nostalgic types and hard-core enthusiasts. But it also comes with different types of gameplay that make for an interesting experience. Compete with other players in tournaments or play fresh and new maps to keep up the challenge of the classic game. 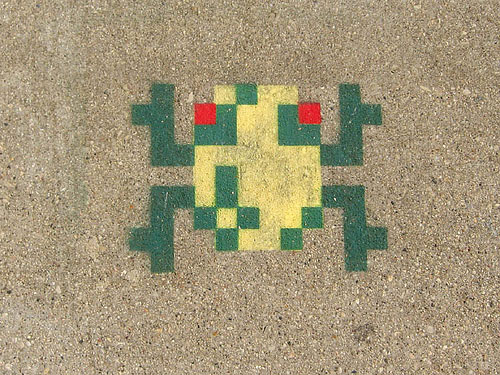 The designer of Frogger was inspired by watching pedestrians try to cross an 8-lane highway. He turned pedestrians into a frog and the 8-lane highway into a river full of dangerous obstacles. Players are treated to an 8-bit sound every time Frogger takes a leap. One wrong move and the frog gets it.

The app has been around for a few years, but it features updated graphics while leaving the gameplay alone. It’s still a blast to play, and all of the original features are still in the game, right down to the fast-moving logs and cars.

Space Invaders comes from the same era as Pacman. Simple graphics, limited mobility, and hours of fun define this game that challenges you to try to blast the aliens out of the sky. Players face off against a relentless grouping of aliens determined to take out the base and the defending gunner. The mechanics are straightforward as players slide the gunner left to right and try to avoid falling bombs. The original “pew pew pew” sound emits from the gunner whenever it’s fired. An ominous monotone acts as a metronome while the field of space invaders slide from left to right. While this game isn’t graphics-heavy, it does look great on a phone like the Samsung Galaxy S10 because of its high-resolution display.

The original Q-Bert signaled a shift in arcade games from 2-D to 3-D. It was unlike anything players had seen to date and sent a thrill through the gaming community. The game consists of bouncing a character, Q-Bert, around geometric tiles in order to turn them the same color. His enemies are many and took advantage of new video card technology to bounce, slither, and hop around the screen. Perhaps the most refreshing aspect of Q-bert is the censored speech balloon that appears above his head when he’s killed.

The app version of Q-Bert offers more levels, more play, and the same diabolical enemies trying to take out Q-Bert. It’s a gamer’s delight that keeps on giving no matter how old it gets.

These retro games for Android use mechanics that work. They’re delightful, full of surprises, and never get old. Their lasting popularity over the decades shows that good design always wins out. Gamers have a rich array of choices when it comes to video games, yet there’s nothing more refreshing than a return to the classics of yesteryear for hours of nostalgia.