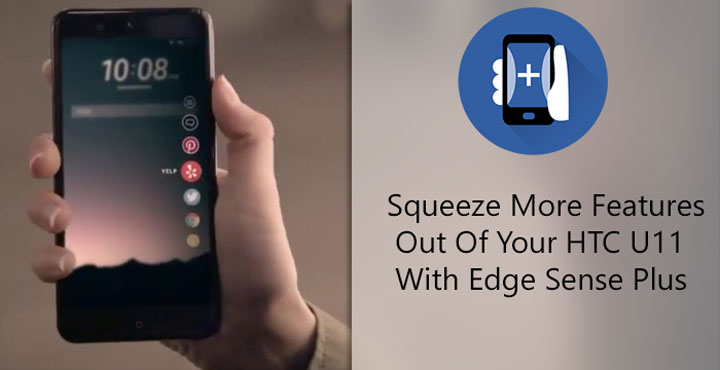 The HTC U11 was a break away from the dull and boring HTC devices that almost made it seem the company has given up. It all started when the much praised HTC 10 failed in terms of sales. The HTC U11 does not have a revolutionary new feature that will magically turn around HTC’s fate. But, the phone is unique with its pressure sensitive chassis. Some people might call it a gimmick, but it certainly does not seem like it. It’s actually more useful than Samsung’s edge display features which work by swiping from the edge of a display. HTC calls it Edge Sense, and it lets you do a variety of minor tasks by simply squeezing your phone. But if you have an HTC U11 by you, you can squeeze even more features out of your HTC U11 with Edge Sense Plus.

Edge Sense Plus is an app by recognized XDA dev j to the 4n. It extends the list of squeezable actions that the HTC U11 allows by default. The app is available on the Google Play Store and can be downloaded for free, mostly. 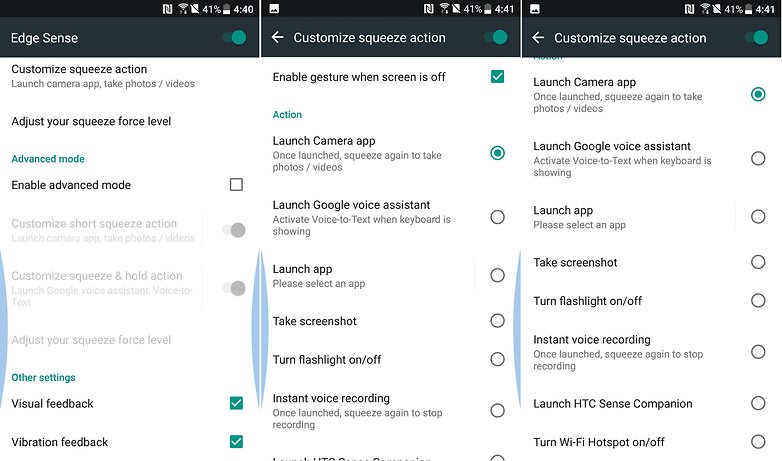 Edge Sense Plus allows a number of different actions for single press and long press. Currently, it supports 27 different actions ranging from toggling the WiFi to launching Google Assistant. Listed below are all the currently supported actions.

If your HTC U11 is rooted, you get even more functions such as the ability to toggle NFC, GPS, Power saver and you can also take screenshots or turn off your screen.

Apart from a single and long press of the chassis, Edge Sense Plus allows a double squeeze action to be set as well. But this is one feature that requires you to make a payment and buy the premium version. Users are also allowed to set the duration between two squeezes before it will be considered a double squeeze. A double squeeze can get really helpful if you’re someone who ends with a lot of accidental single squeezes.

Remember how Samsung devices let you launch apps by swiping from the edge of your screen? Nothing new there, of course, but you can do that on your HTC U11 by squeezing your phone. Edge Sense Plus allows you to view a list of Apps upon squeezing the phone. These can be pre-set apps, recent apps or quick settings too. The latter two are also available only on the paid premium version.

The app is not all about functionality though and it packs in a fun feature as well. It lets you set funny sounds, or any sounds, that would be played when you squeeze your phone.

It can also use your device’s built-in gyroscope sensor to determine whether the device is laying flat or in your hand. Both situations can have different action sets. For instance, you can have a single squeeze, long squeeze, and a double squeeze gesture set to perform certain actions while the device is laying flat on a surface, and an entirely different set of actions while you’re holding it upright in your hand. Thus allowing up to six different squeeze gestures for premium users, and four for free users.

Read Next List of 70 OK Google Commands for Google Assistant