Now the trouble knocks in when you have to restore that particular app or a text message or simply your call log from the Nandroid backup. The process could be a real pain- You will first have to create a backup of your current ROM, then wipe it, then restore your old Nandroid backup, then backup the needed info or app and then restore to your recent backup. Sounds annoying, right? Also, sometimes the restoration process fails, there could be MD5 mismatch which could be tackled but that’s not a proper way to it. If the backup is corrupted and you restored it then your device might have some booting issues.

A new app which has recently hit Play Store called Nandroid Manager has come to rescue you now. If you are facing with some problems like mentioned above, Nandroid Manager is your shot! It does help you restore your Nandroid backup without booting into recovery. What’s more? It also gives you the ability to restore specific things like your text messages, apps, or even your call logs. It gives you full control over your Nandroid Backup and very specific things could be pulled back from a Nandroid backup with the help of this magical app.

The developer is also working to add feature like exporting the data so it can be restoredd between multiple devices, home screen restoration feature, and the option to convert the backup between TWRP or CWM based recoveries.

This app is available in both free and paid versions. Considering the features it is offering I would say it’s worth dropping a buck for the Pro version. 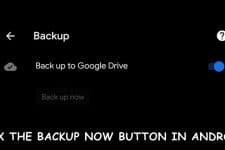 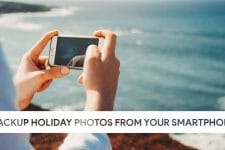 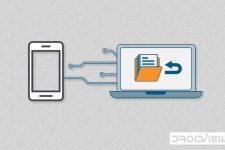