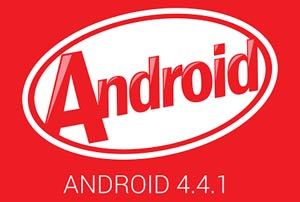 Just a day before, we wrote about the latest update to the Android KitKat viz 4.4.1 being sighted and trust us, this might just be the fastest assumption turning into reality. At beginning, we suspected that the new version was being tested and would take some time to land over to the servers. But here is a surprise today for you, the update we have been gossiping about is finally rolling out as an OTA. The release is labelled KOT49E and is available for the as-expected devices, Nexus 5, Nexus 4 & Nexus 7 LTE.

The big question is, what comes in?

Well, definitely bug fixes and enhancements that are unnoticed but this ain’t like every time, as per Google developers, this update bring you some amazing camera enhancements. For those who already own the Nexus 5, might be aware that the device suddenly takes more time focus than it should, a bit more time to shutter which on one hand still might take a better quality picture but in a bit lazy way. This is what is being aimed to be extracted out from the 4.4.1 update.  Not just the frame rate or how fast the pictures could be captured is improved, but another place where improvisation holds its step is while opening the Camera app from the app drawer, it takes a second less. Off course, HDR+ mode takes more time and hence this update also bring a plus to the same. While the speed is being altered and made faster, the image quality also takes another leap, the images are now more rich in color and with decent definition. Have a look at the sample images below.

Camera improvisations are expected for the Nexus 4 and the Nexus 7 too, since they also join the party.

Another bug that shall be fixed for the Nexus 5, specifically is the face unlock bug. For those who don’t know, the facial recognition causes glitches with the camera app sometimes.

This is far as we know, if we’re updated on any specific additions or fixes, this post will be updated. Until then, feedback us with your comments, about this update. Are you happy with it? Or is there any other major bug, yet left to be fixed?