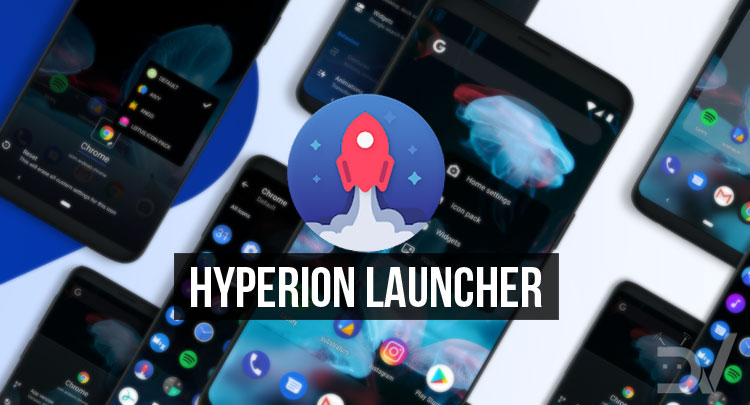 Our launcher is a critical element of the overall smartphone experience. It’s arguably the most important application we install, the one which allows us to access our favorite apps and express our personality. So what if we told you that you could take your experience a step or two further? Well, you may consider sticking till the end and discover what makes Hyperion Launcher so special! In this article, we’ll review Hyperion Launcher and see how to customize this awesome launcher app for Android.

A launcher is not just a home, it needs to be an experience.

Some of you may be already familiar with Substratum. Let’s quickly introduce it to all the readers who haven’t used it yet. Substratum is a theme engine you to download custom plug-ins and completely change the looks of your interface. Not only it offers impressive theming possibilities, but also makes the process simple and accessible to anyone. This powerful tool has been developed by the Projekt Development team: the same which brought Hyperion Launcher to life! 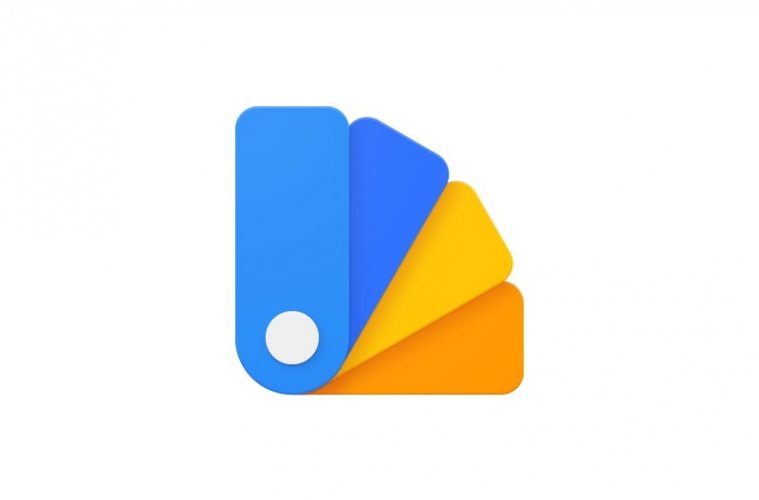 Learn More: How to Theme Your Android Device Using Substratum

With the introduction of Android 9 (Pie), Google has put some limitations to what can be themed. Meanwhile, the launcher becomes more integrated with the system by doubling as a multitasking menu. So what do you do when Google doesn’t allow you to change the way it looks? You make your own, of course!

Hyperion Launcher collects all the features we already love on other launchers, without bloating it with irrelevant gimmicks. The goal is providing to the users exactly what they care the most about: design and ease of use. Needless to say, it does both things exceptionally well.

Hyperion Launcher is currently in development, so you can become one of its early testers. The first release has appeared on Play Store on October 15th; you can expect some bugs or glitches here and there, the most common ones have already been identified. If you want to be a part of this project, you can join the official Telegram support group via the invite link below!

The app itself is free to download, so you can try it out without worrying about it. In case you end up loving it just like many people already did, you may consider upgrading to the Plus version. If you want, you can get it directly from the settings of the app as an in-app purchase. The price has been set to 3.99$ for the US, 4.19€ for Europe and ₹350 for India. The app is compatible with most devices on most Android versions, so you shouldn’t encounter any problems. If you want to check out Hyperion Launcher yourself, download the app from the Google Play Store.

Hyperion Launcher works similarly to the standard Pixel Launcher many of you are already familiar with. That’s because, as previously mentioned, simplicity plays an important role in the mission of the launcher. Opening it the first time will require you to grant some essential permissions for it to function. Then, the launcher will copy your current home screen layout: that’s it, it’s ready to use!

One of the things that hits you right after you install this launcher is the design language. You’ll notice it’s very different from what you’re used to, especially if you’re using the default transparent theme. Moreover, all settings icons have been customized to look unique, and that’s just the default look. On top of that, you get some beautiful and smooth animations to make your experience just a bit more enjoyable.

As mentioned, Hyperion Launcher has been developed by the same team that also created Substratum: this means that you can expect a really deep integration with the theme engine. Third party themers / developers will be able to change basically everything about the interface, including settings icons and accent colors.

The most interesting part is definitely customization. The launcher’s goal is allowing you to make it personal, so it reflects your personality and maybe your mood. One of the menus you’ll love the most is called Colors. Here you’ll find 4 different themes to choose from: transparent, white, dark and black. On top of this, you’ll also get 20 carefully selected accent colors to match your preferences.

You’ll be able to choose the background colors for basically all on-screen elements: not only you can create your own, but you can also get suggestions based on the current wallpaper! Other customization options include iconography, page layouts, and many more interface elements. If this isn’t enough, well, you just have to download it on your device and explore it yourself!

Most of the features Hyperion Launcher offers are what you’re already used to on your current one. As a result, we won’t go over all the thing you already know and expect. Instead, we’ll focus on the most unique implementations.

First of all, let’s talk about font customization. By default, the launcher will use your system font, just like you would expect. However, there’s a feature which you don’t encounter very often: you can add your own fonts from a ttf file. This means that your launcher font can be different from the rest of the system and you’re not limited by a couple of preloaded options.

Secondly, we have an integrated profile manager, which allows us to export our current configuration. The advantage is that you can set up a few different home screens, and quickly switch between them. Moreover, if you’re into modding or your switch devices very often, you’ll be able to easily restore your preferred layout.

Lastly, we’re talking about an upcoming feature: Google Feed integration. As you may know, Google doesn’t allow developers to include it in their apps. This means that a launcher that comes with this feature wouldn’t pass the verification to be posted on the Play Store. The workaround is simple: using an external add-on. Very soon it will become available to download from the official website and APK Mirror.

Unfortunately, the launcher doesn’t support the new Android Pie multitasking menu and the new app opening animation. This will probably be implemented in the future, even though it will most likely require root access. More features will be available with upcoming updates, there are a lot of changes to be expected in the early stage.

The current version we’re testing is “ten“. For the moment users have found few bugs and the devs are working on the resolution. This means that, if you install a newer release, they could be already solved. The goal is avoiding too many reports for the same issues, thus focusing on undiscovered ones.

First of all, you may notice that newly installed apps can require a restart to appear in your drawer. Secondly, the search feature in your drawer could not function properly occasionally. Lastly, you’ll notice that icon sizes and grids could be a bit inaccurate.

The new updated version twelve is rolling out with a ton of fixes. First of all, icon sizing has been improved and the landscape view looks better now. Moreover, the stability has increased for those who had issues and newly installed apps don’t require a restart anymore.  Additionally, Hyperion Launcher now fully support EMUI and devices running Lollipop. For the complete changelog check out the official support group.

Read on: 25 Hidden Android Settings You Must Check Out