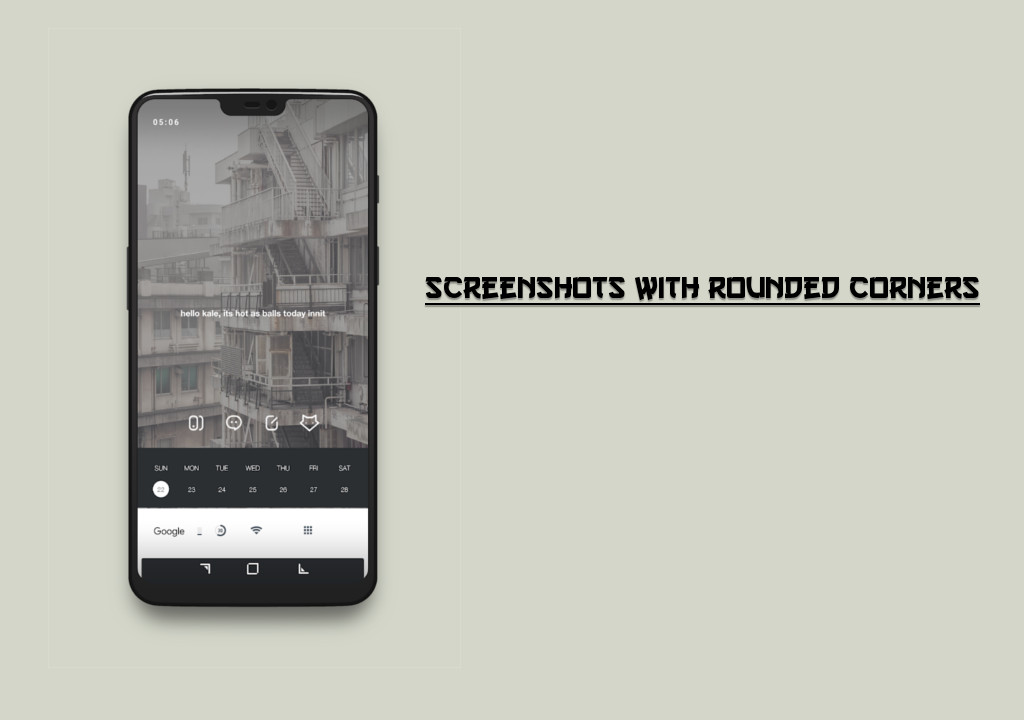 Rounded corners in Android smartphones first came into existence in February of last year when the LG G6 was announced. The first Android phone to feature an 18:9 aspect ratio along with those buttery smooth rounded corners. The team at LG did put some thought because this design choice has a lot more to than meets the eye. The curved edge makes the device more durable and less prone to accidental fall damage. The edges are beveled at an angle of 45 degrees from the edge which allows the device to take more impact than a square cornered smartphone. Here’s how you can create screenshots with rounded corners on Android using Snapseed.

You most probably have clicked a photo or two with your Android device. If you view the image on the phone itself the image appears rounded. However, try to view it on a square cornered screen (laptop) and you would find that the image is not actually rounded. It is not because of some bug or any hidden feature. It is because the display is not actually rounded. As I said it is just beveled from the sides so that it appears rounded.

Same goes for the screenshots. Take a screenshot and try to upload it or edit it. The edges would become square. Now, you may or may have already tried the overlay app to get rounded corners. If not then don’t bother to because it doesn’t work. The truth is that there is no way to take screenshots with rounded corners. But don’t worry not all hope is lost.

Get Screenshots with Rounded Corners on Android

That’s it! This is a pretty simple way to make your screenshot corners round.

Don’t miss: How to Backup Text Messages on Android

If you have a better alternative or you know any method to take screenshots with rounded corners then do let share it in the comments section below. Till then, sayonara!