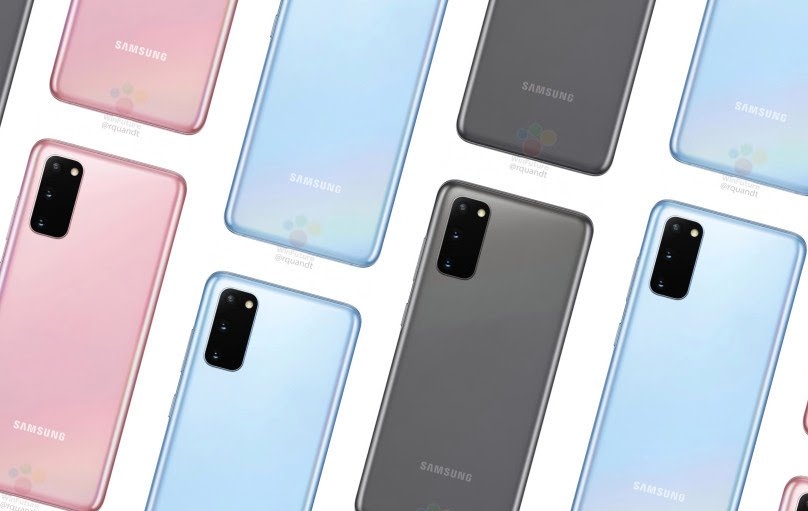 Samsung’s upcoming flagship, the Galaxy S20, shows up on Amazon and Sprint website ahead of the the official launch on Tuesday. This reveals almost all the key specifications of the device, hyping the fans of the flagship S Galaxy line-up.

The Amazon listing confirms the model number SM-G980F for the LTE variant of the vanilla Galaxy S20. But as we’ve heard in previous days, there will be 5G variant coming.

Looking at the leaked listing, the Galaxy S20 will feature a 120Hz 6.2-inch Infinity-O display housing the 10MP selfie camera. It is also expected to be a Dynamic AMOLED display, with QHD+ resolution and a tall 20:9 aspect ratio.

Moving to the cameras, the phone will sport a whopping 64MP sensor for its telephoto lens. It should support 3X optical zoom, and a 30x “Space Zoom” (which could be just digital). According to some rumours, the phone won’t support pixel-binning, but instead will allow cropping for zoomed-in shots.

This will also be one of the first devices to support an 8K video capturing up to 30fps. I don’t know if how is that possible since the listings only shows 12MP wide camera (probably primary), and 12MP for ultrawide.

Finally, the listing shows a Exynos 990 SoC, coupled with 8GB of RAM and perhaps, a 128GB of internal storage. Although the listing shows that the phone is capable up to 1.1TB. Powering the device, is a 4,000mAh battery.

This will also be the first Samsung this year to ship with One UI 2.0 based on Android 10.

The exact Samsung Galaxy S20 listed on Amazon comes with Cloud Blue colour option, with a pricetage of AED 3,112 which is roughly around $847 USD.

Samsung’s Galaxy Unpacked will happen on February 11, 11AM PST. You can watch the livestream here!