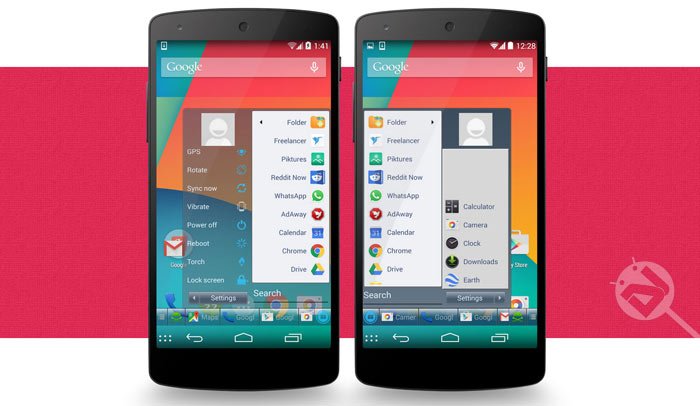 Recently released app Taskbar gives you the option to bring, as the title says, the Windows Taskbar and Start Menu to your Android and it actually works pretty well. The app is accompanied also by an Xposed module. You can check out the XDA thread here.

How to install it

You can install the taskbar app in two different ways, either via the Play Store as a normal app, or as an Xposed module. The difference between them, is that the Xposed module version adds the start menu toggle directly into the the navigation bar, so if your device has on screen buttons, this should be your choice. If it doesn’t, or if you are running ART don’t worry, a small blue start button will be displayed in the left lower part of the screen, with the normal app version. It’s also possible to move the start button anywhere you want.

You can download the Taskbar app from the official Xposed modules repository or the Google Play Store itself.

Once installed, you can use the taskbar app to launch or find apps and contacts or even to search on Google directly. Its also possible to add different toggles, which are positioned on the right side of the apps/contacts list and access them from there. An all time overlay with just the app switcher – taskbar enabled, is also possible, so you can switch between apps even quicker, if you don’t mind the overlay.

One of the best functions is to add folders, which is pretty easy to achieve. All you need to do is open up the taskbar app from the drawer, select Edit start menu and then Edit start menu items. In there, on the top right corner, press on the arrow pointing downwards and select Add new folder. Then, we can choose the name and what type of folder we want to create, which means, do we want to add apps, contacts, bookmarks and settings separately or all of them mixed together (adding contacts, settings and bookmarks is not available in the free version).

Also a possibility is adjusting the layout of the taskbar under Edit start menu layout. We can adjust the Start menu and taskbars height and transparency, so it better suits our needs.

Like all good “control center” solutions, the taskbar also needs to offer quick toggles, which can be set under Edit setting items. You can add as many as you want, in whatever order you want.

The developer also included the option to change the Start button icon and its dimming level. Themes (not available in the free version) and different taskbar positions are also included, so it always slides in right under our fingertips.

This pretty much sums it up. The app is a nice extension for everyone, who likes to stay on the cutting edge of usability.