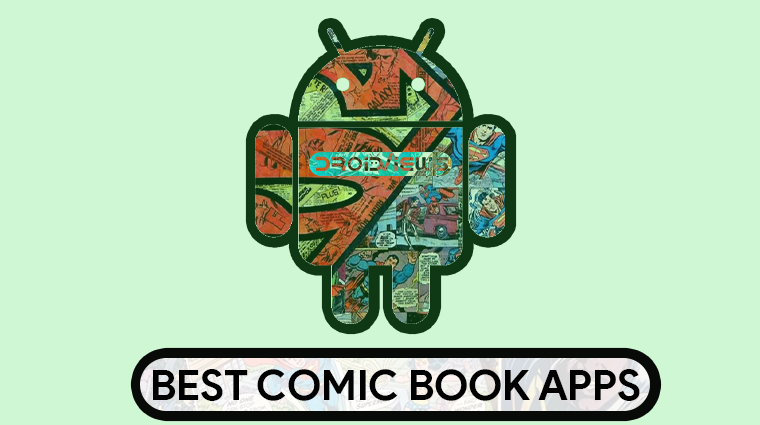 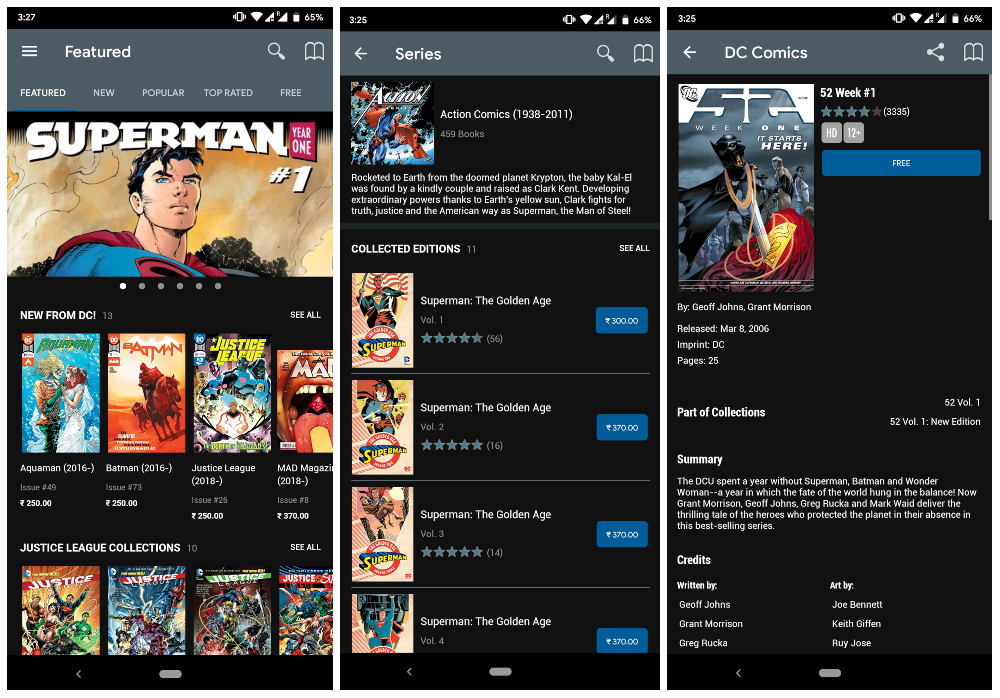 They’ve been the top dog in the business by a margin for more than a few decades. Although that position is being seriously challenged by Marvel recently, thanks to the Marvel Cinematic Universe, DC is still one of the two big names in the industry.

They also have the two most popular superheroes of all-time in their pantheon. So there’s a good chance you enjoy reading comic books published by DC. The DC Comics official app offers access to the entire back catalog of DC comics. The only criteria is that the book should be at least 12 months old. The archives date back 80 years so you can even read historic books such as Action Comics #1 from 1938.

It’s a subscription service though so you’ll be paying monthly. Features like guided view make reading comic books on the phone easier. Moreover, the dark theme and the black backgrounds make the app a lot easier on the eyes. 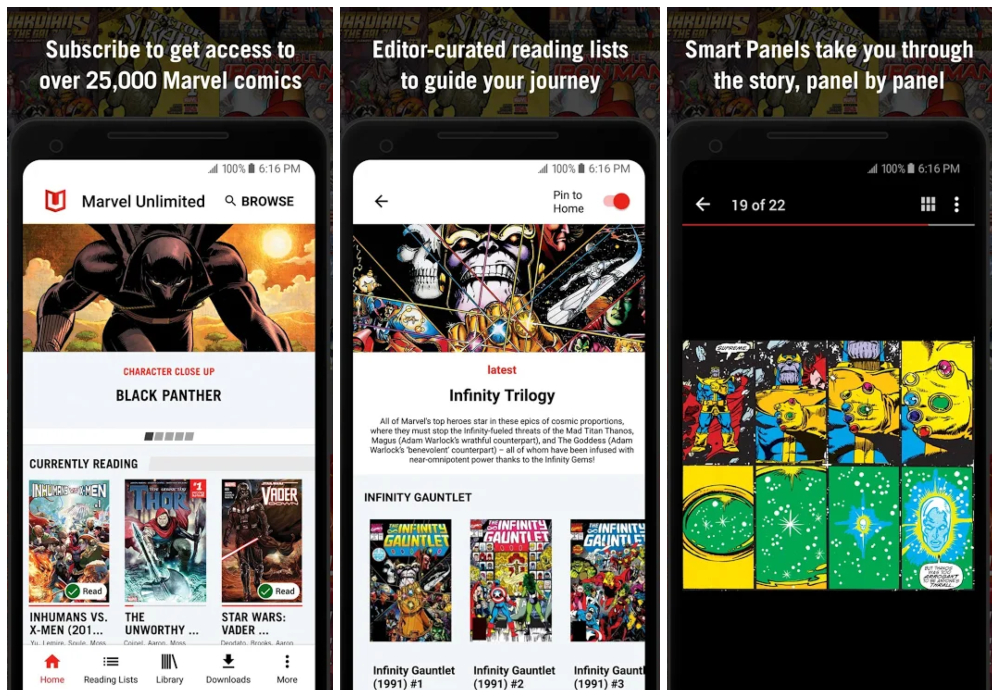 Arguably the more popular name in the comics industry right now, Marvel is on a roll. From being forced to sell rights to their popular characters to making billion dollar movies, Marvel’s success is undeniable. If you’ve joined the world of comic books in the past couple of decades chances are you’re more of a Marvel fan.

Luckily for you, they have their own official app as well. Except for the interface color choices, Marvel Unlimited is a lot like the DC Comics app. It covers most, but not all, back issues dating back up to 50 years. The criteria here is that the comic book should be at least 6 months old.

Like DC Comics, this is also a subscription service that you pay for monthly. Before buying a comic, you can preview the first few pages too.

It lets you buy single comic books, an entire series, or you can just subscribe and get everything. The subscription service is called ComiXology Unlimited. You can read comics online or download comics to read offline and also has a guided view to make reading on the phone easier. 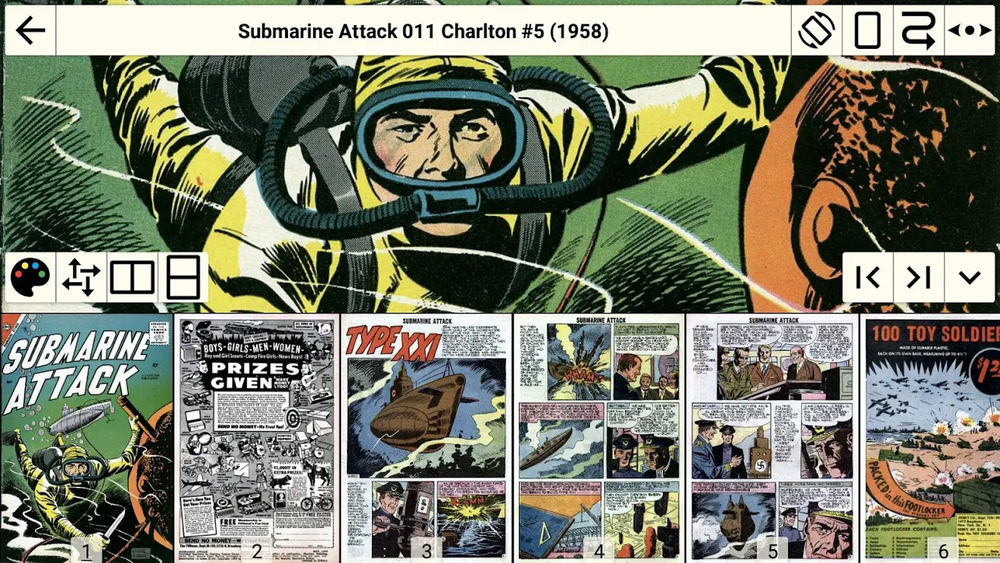 The comic book apps above are great if you exclusively want all your comics from a single source. But what if you already have a ton of digital comics? That’s when you’ll need something like CDisplayEx Comic Reader that is a great CBR reader app for Android. It’s a simple and easy to use app that can read CBR and CBZ files.

The app has all the basic features you’d expect like basic library management, a search function, and pre-loading issues so the pages turn quickly and smoothly. There are no advanced features like panel-to-panel viewing, syncing, etc.  It does let you connect to a network to download comics, however. This can be handy if you store your digital comics on a home server. Since all the files are downloaded on your phone, you can’t exactly read comics online but offline is always better anyways. 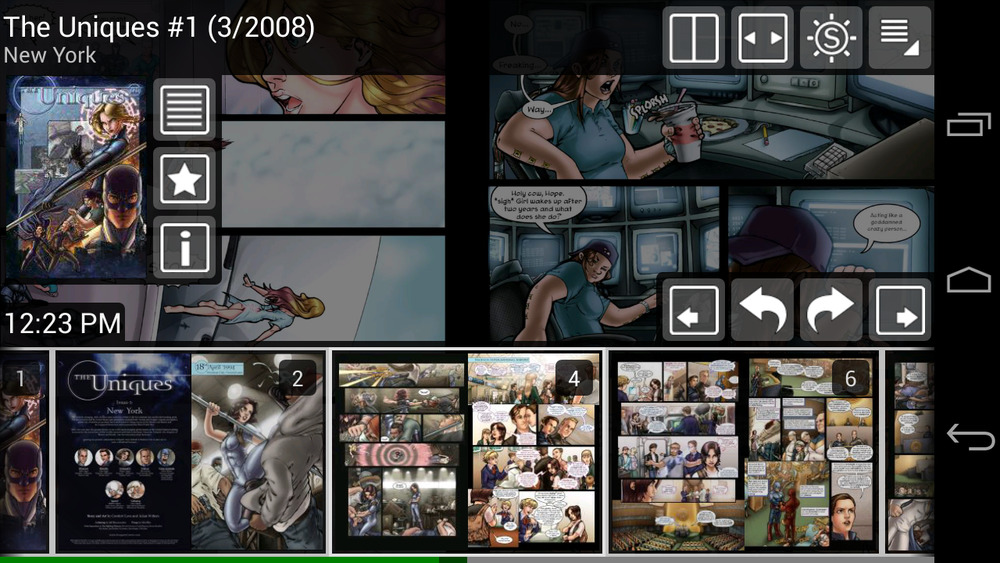 This comic book app is for those who have a huge collection of comic books. It offers better library management features and also lets you sync your files selectively across devices. You can use the Windows app on your PC to manage your library, and sync only a few comic books to read on your phone while you’re on the go.

The app optimizes the file sizes so you don’t run out of space very quickly on your phone. It supports bookmarking and reading lists to make the reading experience a breeze. It’s an old app though so it’s not as snappy, especially on older devices.

With this, I wind up this article featuring 5 of the best comic book apps or CBR readers for Android devices. Should you have any other great app in mind, please let us know.

Read Next: 5 Best Drawing Apps for Android You Must Try